Savannakhet is the second biggest town in Laos. It is very quiet and is mainly a destination for tourists who want to get a visa for Thailand quickly.

My suggestion:
Rent a motorbike and explore the surroundings, Laos is very friendly and, as you will usually be alone while travelling around, it's an even better experience!
My review
I originally went to Savannakhet to renew a visa for Thailand but as I was curious about it I wanted to stay at least one night there and visit the surroundings. I don't regret it because there are few tourists in Savannakhet  and even though there isn't much to see, I loved the friendliness of the Laotians and the feeling of being off the beaten path.
First I went to see one lake and then another. In both places we were alone, apart from a few buffalo and a village fete in the distance...I got lost looking for the ruins of a temple that is apparently untraceable without a guide, but it doesn't matter. You meet smiling people. It was a shame that the rice paddies were dry when we were visiting or it could have been even more beautiful. Savannakhet  is a sleepy country town, but the surrounding area is worth a visit for those who love a country atmosphere and meeting friendly local people.

A former colonial town, Savannakhet is a quiet retreat by the River Mekong. Let yourself be seduced by its history and people!

My suggestion:
Take your time when exploring the town. It's far more enchanting than its ruinous buildings may lead you to believe!
My review

The second largest town in Laos after Vientiane, Savannakhet promises several pleasant surprises that visitors can enjoy if staying there for a few days during a trip to Laos. Situated by the Mekong, which separates the town from Thailand, it's as quiet as its Thai sistertown is modern and buzzing!

The town still has old colonial buildings albeit a bit shabby and unkempt. However the town's former splendour can be seen at a superb exhibition at Lin's Cafe in the town centre! Lin also offers a Walking History Tour around town where you can explore its rich architectural heritage. And whilst you're touring, take the time to chat with the locals - they're a smiley lot!

After my walk I decided to visit the town's many religious sites. The Vietnamese Temple is certainly one of the most sumptuous and the monks were really welcoming . Early in the morning the Buddhist monks walk the streets begging for alms. It's an emblematic sight you also see at Luang Prabang and a moving experience. Whereas Luang Prabang attracts hoards of tourists clicking their cameras, Savannakhet has managed to remain modest and discreet in comparison. The procession is not one to miss! 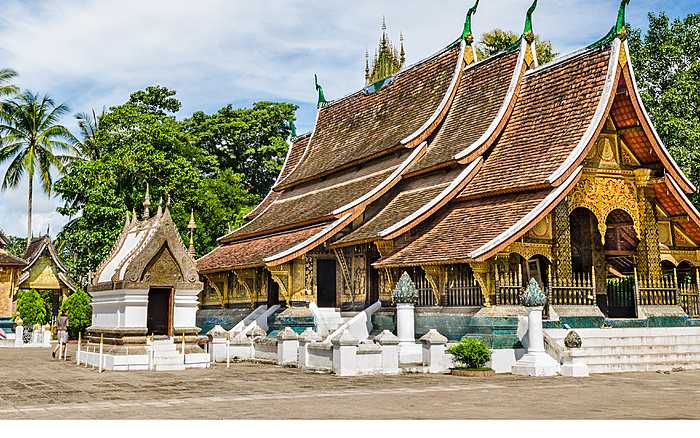 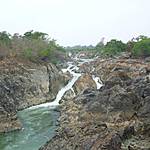 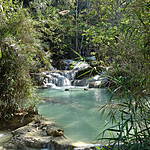 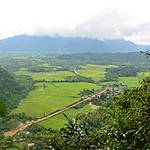