Constructed from a mosaic of different quarters, each with a strong identity, Jerusalem also houses the Western Wall, the Church of the Holy Sepulchre and the Dome of the Rock: three holy monuments for each of the three monotheistic religions.

My suggestion:
Once you have decided the dates of your trip to Israel, book a room in the old town so you can immerse yourself as much as possible in its unique spiritual atmosphere.
My review

In old Jerusalem, you can hear the distant murmur of the Arab souks and the prayers of faithful, mainly Jews and Muslims, resonate against the ancient walls. Hence the unique sensation of being an outsider, and feeling as such, can render you slightly intimidated in front of that which is profoundly alien...

I spent three days in the old town, meandering through the narrow streets and the quarters - Jewish, Muslim, Christian and Armenian - and wandering from one temple to another, from churches to synagogues... But really it is the whole city of Jerusalem which is the image of the old town. From the Damascus gate, you are a short five-minute walk from the town centre, with its clothing boutiques and its cafes (and the MahanaYehuda market) to do a spot of shopping, and then not much further along there is Mea Shearim, the ultra-orthodox quarter, where life is lived according to the strict teachings of Judaism. From the German colony to Yemin Moshe and its famous mill, passing by the Russian colony Even Yisrael or even the Ethiopian quarter, you will see that Jerusalem is separated into areas that are as different from each other as they possibly can be. To discover the city in more depth, I advise that you adventure in each of these small areas!

A thrice-holy city, Jerusalem is a must-see place for its immensely rich culture, but its status as capital of Israel is controversial: to visit it is a truly unique experience.

My suggestion:
Don't hesitate to push on the doors that you see: each building has its own history and, as long as you leave a tip with attendant at these places, you can see some incredibly ancient treasures.
My review

It is difficult to divert from the classics: you must see the Via Dolorosa and experience the emotions of the visitors to the Holy Sepulchre, as well as the bustle at the foot of the Western Wall in contrast with the calm which reigns on the Esplanade of Mosques where I was stuck by the beauty of the Dome of the Rock.

In the old town I felt overwhelmed by the sounds, colours and smells - one of them being kanafeh, which you must try - therefore to get some space I climbed the Mount of Olives where the view is breathtaking. Another viewpoint you should not miss: from the roof of the Austrian Hospice.

The new city of Jerusalem is an ideal place to go and have a drink in the evening. I met young people from all over the world in the bars there. In the day, I loved strolling through the Mahane Yehudi quarter and in its covered market where I was able to stock up on my spices and the delicious halva.

Jerusalem is the cradle of three great monotheistic religions and an absolute must-see during a trip to Israel. There is history and modernity on the corner of every street but don't forget to let yourself fall under the town's spell.

My suggestion:
Everytime I go to Jerusalem I climb the Mount of Olives before the end of the afternoon in order to watch the sun set over the old town while the mosques call the faithful to prayer and the church bells ring. It's magic.
My review

Jerusalem is a unique town and one you absolutely must visit during a trip to Israel. Obviously you should visit the Wailing Wall, the Dome of the Rock and the Holy Sepulchure, but there are a multitude of secret places in the town where history and legend tend to get mixed up. To find them you have to wander round the streets of the old town and not be afraid to push on half open doors (after asking the gatekeepers, obviously), or walk along the streets that climb the Mount of Olives.

Having said that, Jerusalem is not just about the old town and once the evening comes, if you want a bit of life, then head to the pedestrianised streets in the centre of the modern town, or stroll around the old renovated railway station (Takhana), walk along Emek Refaim or venture into Mahane Yehuda market where bars organise street concerts.

Jerusalem is a real city of contrasts! 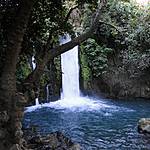 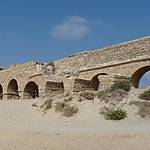 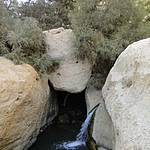