The best time to travel in India

It's better to go to India during the winter: the temperatures are nicer, not too hot, and it doesn't rain. But India is such a big country that you can adapt your departure date to the climate of the region you are going to visit. It you are truly suffocated by the heat, that sometimes reaches 45 degrees centigrade, you can take refuge in the mountains to the north of the country.

Jan
Feb
Mar
Apr
May
Jun
Jul
Aug
Sep
Oct
Nov
Dec
The best season for going to India is winter, which is from November to March. But India is a gigantic country so there are considerable differences in climate between the regions. In December and January, for example, it can get very cold in the north. The south-east and the south often experience heavy rain from October to the beginning of December. So you need to adapt your departure dates according to the region you intend to visit, and, in any case, avoid going during the monsoon, which gradually extends over all the country from the end of May until October.

Customize your perfect trip to India 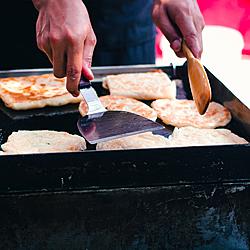 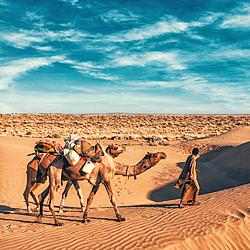 India off the beaten track 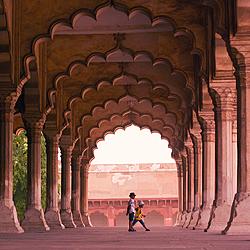 Calcutta and the east

Jan
Feb
Mar
Apr
May
Jun
Jul
Aug
Sep
Oct
Nov
Dec
Calcutta is the capital of West Bengal, and a major cultural and gastronomic site. You'll find vestiges of colonial architecture and be amazed by the contrasts in the town. From there you can go and observe the region's famous tigers. You can also visit the famous town of Benares and go to Darjeeling, the famous hill station in the foothills of the Himalayas! It's best to visit Calcutta and its regions between November and March, or during April and May if you love heat.

The mountains of the north

Jan
Feb
Mar
Apr
May
Jun
Jul
Aug
Sep
Oct
Nov
Dec
It's the coolest region of the country. From the end of the monsoon until January the temperatures there are cold, even freezing. The heat slowly comes back beginning in February. This area of the country is a haven of cool between May and September, opposed to the searing heat of the rest of the country: people rush there during this time to refresh themselves when it's really too hot elsewhere. Northern India is a fascinating region: you can meet inhabitants from different cultures and discover all you can about this mysterious place.

Jan
Feb
Mar
Apr
May
Jun
Jul
Aug
Sep
Oct
Nov
Dec
In southern India it is very hot and humid. This part of the country is never cold, and the cool season is very pleasant there. In this region the monsoon begins at the start of June. Between October and December the rain can be torrential and can spoil your trip. Its best to go between January and March, and even until May if you don't mind the heat. Refresh yourself on the beaches of Goa, visit Hindu temples and even take a trip to the urban jungle of Mumbai! You can also go trekking in the reserves to find out about the local wildlife, or to Andhra Pradesh to experience aboriginal culture.

Jan
Feb
Mar
Apr
May
Jun
Jul
Aug
Sep
Oct
Nov
Dec
North India has numerous walking circuits that are very pleasant. In Mussoorie there are some fairly easy walks, and McLeod Ganj has short routes with beautiful scenery. You can also walk along the river Beas in Manali, or take a guided trek there. At Rishikesh you can follow the pilgrims as they travel towards a temple. For walking in the north of India, it's best to choose to go between May and September: the temperatures will be pleasantly cool. Beginning in February, the temperature slowly goes up. On the other hand, avoid the winter when it's really too cold.

Delhi and the central plains

Jan
Feb
Mar
Apr
May
Jun
Jul
Aug
Sep
Oct
Nov
Dec
Discover India's superb capital, hugely crowded, with Hindu temples, mosques, residential areas and very poor areas crammed side by side and constantly buzzing with life. Don't miss out on trying Indian specialties, or taking part in the local festivals, according to the time of year you are travelling. Go visit Chandi Chowk bazaar, Lodhi Garden, and the Old Delhi mosque, if possible during the dry season, from September to March. Take care in India's center: the heat is almost unbearable during the rest of the year, around 45 degrees centigrade, with astonishing smog.

Rajasthan and the West

Jan
Feb
Mar
Apr
May
Jun
Jul
Aug
Sep
Oct
Nov
Dec
This is the "country of kings", the domain of the maharajahs, of fortresses, and sumptuous palaces. In this region you will see the most beautiful vestiges of India's riches in the middle of the desert. You'll also discover a region of jungles and dunes, and meet fabulous tigers, and try the local cuisine. This area is bound to amaze you, and, astoundingly, it's at its best during the monsoon period: the desert climate is just too dry during most of the year. You can also go there between September and March when the temperatures are not too hot.

Jan
Feb
Mar
Apr
May
Jun
Jul
Aug
Sep
Oct
Nov
Dec
The north-east is a region on the fringes of India, reserved for the adventurous. There are lots of different cultures in superb countryside that is little known to visitors. Take a trek in magnificent wild forests and travel over prairies occupied by rhinoceros. Admire the wildlife in Kaziranga, and the other national parks, and even take a ride on the back of an elephant! It's best to travel to this land of adventure between April and September in order to have pleasant temperatures.
70 contributions