4 / 5 - 3 reviews
How to get there
Five hours by bus from New Delhi.
When to go
From November to May
Minimum stay
One day

Agra houses an architectural jewel, the iconic Taj Mahal. Named a wonder of the world in 1983 by UNESCO, it is a must-see for anyone traveling in India.

My suggestion:
Visit the funerary monument in mid or late afternoon to be sure of being there at sunset. At that time of day, the sunlight really shows up the structure of the white marble.
My review

I always said that if ever I went to India, I would not go to see the Taj Mahal in Agra. Too many people, too expensive, etc. I had every excuse in the book not to go there. However, once we arrived, my traveling companions convinced me to go with them. Thank you for changing my mind, girls! The place is simply unbelievable. Even though there are hordes of tourists, the feeling you get when you stand in front of this majestic monument is indescribable, nothing could spoil the visit at that moment.

The Taj Mahal is an architectural jewel. It mixes Arabian, Indian, Persian, and Turkish styles. We usually see the white dome in pictures, but the Taj Mahal is made up of several structures. When his wife died giving birth to his fourth child, the Emperor Shah Jahan decided to pay homage to her by ordering the construction of this imposing mausoleum. Work began in 1632 and ended in around 1653 and employed thousands of workmen.

Agra and its famous Taj Mahal, or India's most visited place.

My suggestion:
Don't limit yourself to just the Taj Mahal and take advantage of a stay in Agra to go and discover the city and its incredible markets.
My review

During my trip to India, like most travelers, I went to Agra to visit the Taj Mahal. Strangely, I was disappointed by my visit. Indeed, this jewel of Indian tourism is particularly beautiful, but like so many things that are hyped up too much in advance, I expected it to be more exceptional.

On the day of my visit, the site was packed with thousands of tourists, and this didn't help me truly appreciate the beauty of the building. In addition, at the time, the cost of admission was relatively high.

On the other hand, after my visit to the Taj Mahal, I wandered into the city of Agra, which is very interesting and has many exciting markets.

Located 200 km from Delhi, Agra attracts more than three million visitors every year. They all come for just one reason: the legendary Taj Mahal.

My suggestion:
Warning: the Taj Mahal is closed on Fridays. Further warning: Agra is a favorite spot for thousands of crooks and swindlers. It has to be said that with three million visitors, the pickings are good.
My review

You couldn't really imagine visiting India without including a trip to Agra. There is simply so much to see! And first on the list are Fatehpur Sikri, the Red Fort and, of course, the legendary Taj Mahal. All are listed as UNESCO World Heritage.

Come with me and I'll be your guide. You need to arrive around six in the morning to purchase the entry ticket and be able to stand before "the wonder" with few other people there.

It's 7:00 am. The Taj Mahal looks as if it's floating on a cloud of mist. It's a magical moment! There it is, majestic and enchanting. Time seems to have stood still. I'm living a dream. I took hundreds of photos: the Taj Mahal in the mist, with me in front of it, reflected in the pool. You've really have to snap it from every angle. It's magical. But first of all, let's clear a few things up. Contrary to what we may have been led to believe, India's most beautiful site is not a palace but a mausoleum.

The Taj Mahal is in fact a spectacular tomb. It took the 17 years from 1631 to 1648 to construct it. Devastated by sadness at the death of Mumtaz Mahal, his third wife, the emperor Shah Jahan decided to build a supreme monument. Nobody was able to come up with anything to match the emperor's taste. Nothing could symbolize the love he held for his wife, who had died giving birth to their 14th child. Her beauty was legendary. Only someone who understood his suffering would be able to come up with a mausoleum of the kind required. He therefore summoned Persia's most famous architect and killed his fiancee. With the architect now also consumed by pain himself, he was able to come up with the design for the Taj Mahal. The building is made entirely out of white marble from Rajasthan and is all perfectly symmetrical.

After visiting it in the morning, I recommend you then go to the Red Fort in the afternoon. It is the most beautiful building of its kind in India. Behind the high battlements stands this fabulous palace of marble. Since 1565, the Red Fort has been the seat of four different emperors. Akbar, Jahangir, Shah Jahan and Aurangzeb each reigned over these lands. With words insufficient to describe the marvels of Agra, I'll end my account here. You must go and see it for yourself. 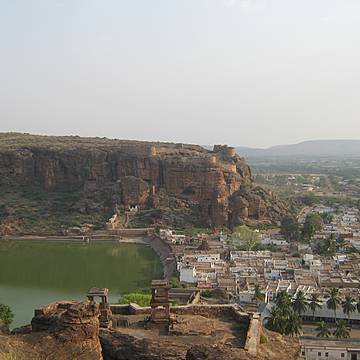 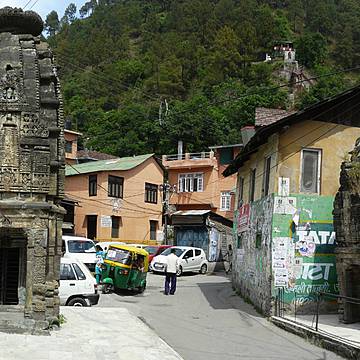 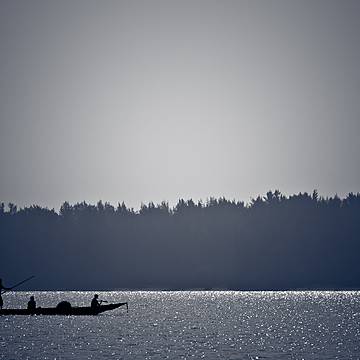