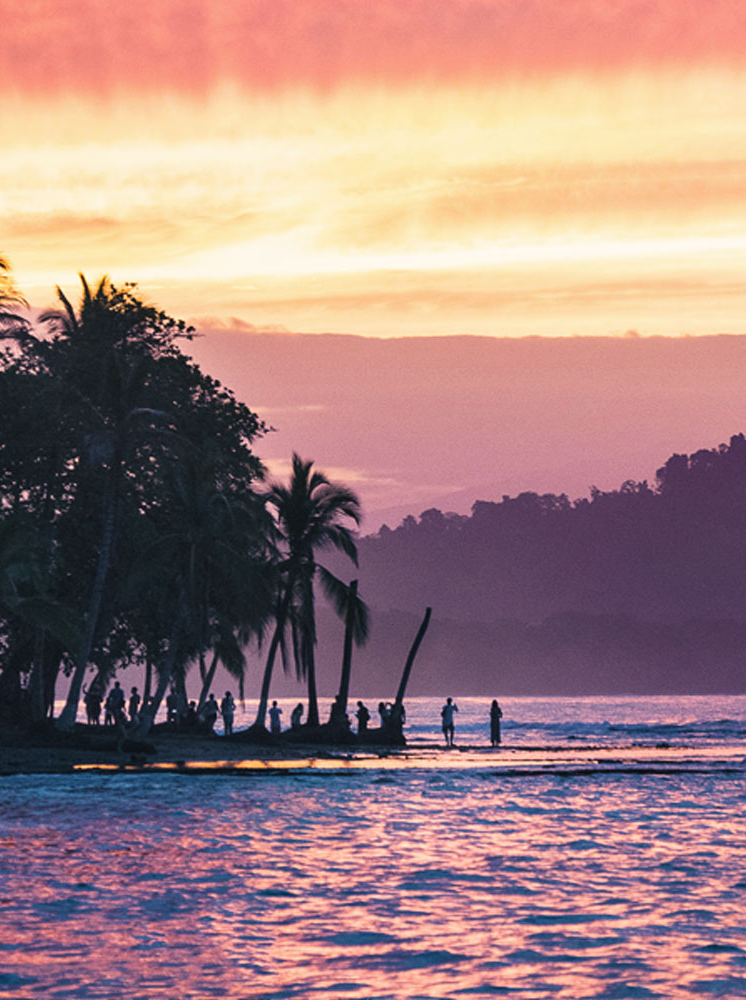 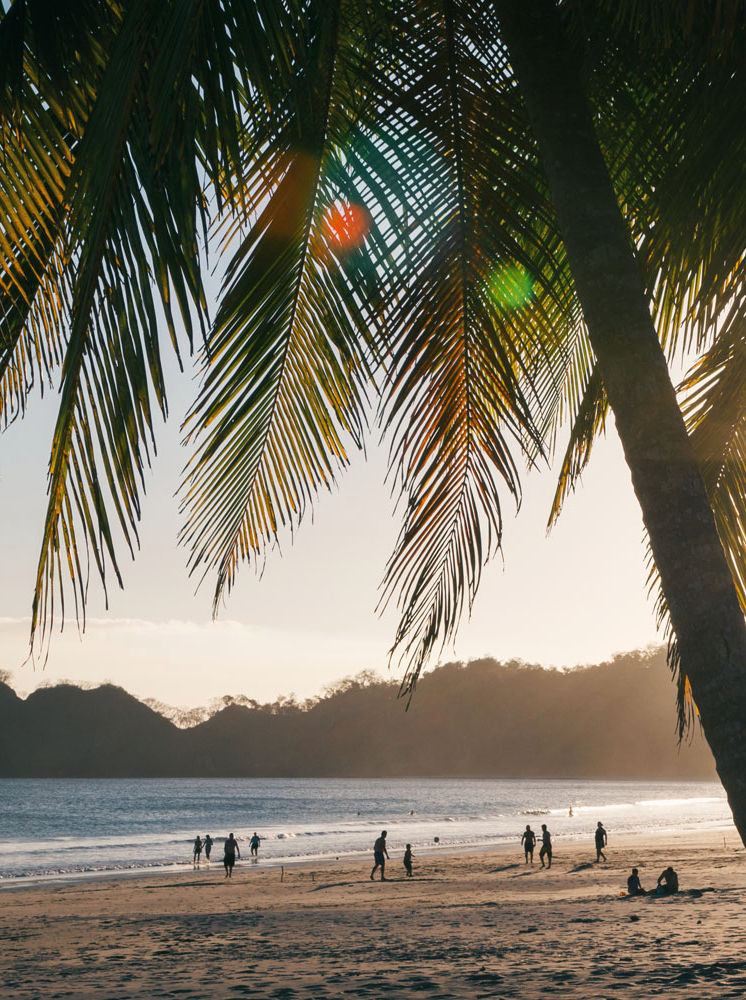 Sandwiched between the Pacific Ocean on one side and the Caribbean Sea on the other, Costa Rica is home to magnificent coastlines with vast, sandy shores, secret coves, and wild beaches. It's not a matter of finding a beautiful beach, but rather choosing one. Here's a tip: the most untamed and lesser-known beaches are on the Caribbean side, around Manzanillo and Cahuita National Park. Don't be surprised if you see monkeys or raccoons scampering around from the nearby national parks.

On the Pacific side, you can relax on the white sand of Dominical, Uvita, and Manuel Antonio beaches. You'll find more diversity on the Nicoya peninsula, where the variety of surfer beaches, deserted coves, and small seaside resorts offer places to unwind and enjoy different atmospheres.

For the most beautiful stretches of white sand, visit Samara, Conchal, Carillo, and Mina beaches. Tamarindo is also very popular thanks to its relaxed and festive ambiance. If you're looking to disconnect completely, there's no better place than on the beaches on the southern tip of the Osa peninsula. After exploring the jungles of Corcovado National Park, they're heavenly places to rest and linger awhile. You can also slip on a mask for a snorkeling session.

The dry season (between December and April) is the best time for lounging on the beach in Costa Rica. That said, even during the rainy season (from May to November), the rain isn't constant, so you can still enjoy some beach time.