5 reasons to travel to Corsica

Corsica is an island that is full of surprises . You feel as if you are on another continent, even though you are fairly close to home, and you will adore the gentle way of life there.

An island that is not far away

Corsica is less than 200 kilometres from the French Mediterranean coast and the weather is good practically all year round. It's easy to get there, even if you don't have a big budget. There are two ways of getting there: plane, or boat. There are lots of boats leaving from Marseille, Toulon and Nice in France, but also from Italy. Lots of companies go to the island and arriving by sea is really beautiful, especially if you are lucky enough to arrive when the sun is coming up. Wherever you land on the island, Corsica had a lot to show you.

You'll be amazed by the diversity of Corsica's scenery. In less than 20 kilometres you can go from white sand beaches to mountains. The island is home to a regional natural park which covers more than a third of its area and which is designed to conserve the environment and protect endangered species. It has marvellous natural wonders like the Aiguilles de Bavella and the Gulf of Porto with its gigantic red cliffs. Always take a jacket with you in Corsica because the weather can change very quickly.

There is something to do for everyone

In Corsica you can do practically everything. If you like lazing on beaches, there are coves all along the coast. Without walking far you can find peaceful little bays where you can read a good book, caressed by a light sea breeze.

If you are more sporty then you can walk, off-road cycle or ride. The regional park has 1,500 kilometres of signposted walks, as well as the GR20 and the "Mare e Monti" path. You can also go canyoning in Castagniccia , or diving in Scandola reserve. A whole range of leisure activities you can try for the first time , or practice as usual!

Why not go to Corsica to try its food. There are lots of farmhouse inns where you can try local specialties, which vary according to the region and the season. Brocciu or figatelli aren't eaten in summer, it's not the right time...

The charcuterie is famous, but cannelloni with herbs or jugged wild boar, eaten in a little village and accompanied by a local wine, have that little something that remind you of the things your grandma cooked for you. By the sea, eat grilled fish or seafood. Don't forget to go down to the port to see the fishermen come back so you know what they have caught.

And don't forget the sheep or goats milk cheeses, preferably from local farms, and of course the desserts, canistrelli, fiadone…There's so much to choose from.

Get to know the strong personality of the Corsicans

Corsica is a French country that has a very strong identity, and they are not very fond of the continental French or "pinzutu" as they are called in Corsican. Everywhere you go you will see village names written in Corsican, often with the French names scrubbed out...You will hear the local population speaking Corsican rather than French. Coriscans are very attached to their habits and traditions and if you take the time to talk to them you will discover they are passionate and endearing. Make sure you go to some of the little villages in the interior of the island, sit on a terrace and look, listen and talk. You'll get a completely different idea of Corsica.
Holidays Corsica
Cathy Trichet
36 contributions 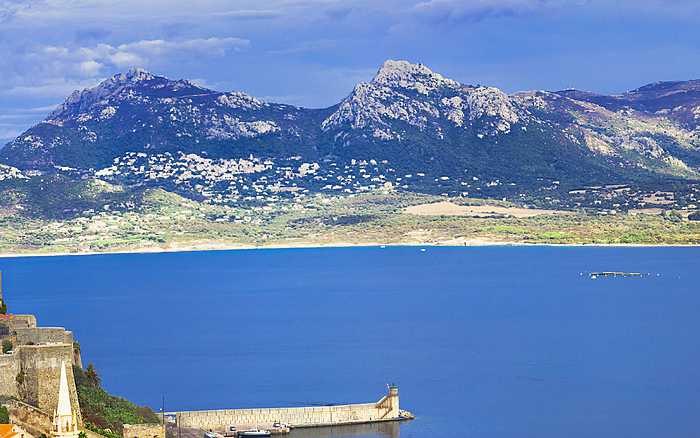 ©
Flickr@CremonaDaniel
The budget to plan for a trip to Corsica

©
Flickr@CremonaDaniel
Economic situation in Corsica
More articles
Experience added!
You can add more experiences to your trip itinerary before sending it to a local agency
View my trip itinerary