4 / 5 - One review
How to get there
A 1 to 1.5 hour drive from Xela
When to go
All year, preferably during the dry season.
Minimum stay
One day

A hot department and a mix of interesting places which are very unknown to foreign tourists.

My suggestion:
This is a department to discover from Xela, particularly for those spending a month or longer in Guatemala.
My review

With temperatures of 25°C and above throughout the year, the Retalhuleu Department is the one that corresponds most with the idea that a tourist makes of a tropical country whilst preparing for their trip to Guatemala. Living in Xela, I visited various places in the department commonly known as "Reu" (which is pronounced Rehoo ), apart from the town, which is uninteresting (like the majority of towns) and I only go through it when I have to go to Mexico to renew my visa.

"Heat" is clearly the first word that comes to mind when talking about Reu, as well as "relaxation": seen from Xela, what we call "the coast" ( la Costa ), which means the tropical region which extends from the coast up to the foot of the mountains, is the perfect place to go relax in the heat. Aside from various restaurants and relaxation areas with swimming pools to paddle in, the department is known for Takalik Abaj, a small archaeological site which makes people aware of the Olmec influence in these regions, for the IRTRA parks (a type of Central Parks for employed Guatemalans) and for the various neighbouring amusement parks (Xetulul, Xocomil...) which are especially good for relaxing with friends. I strongly recommend the very nice Xulik Toy Museum in Santa Cruz Muluá. And how could one forget the beaches along the Pacific? Those who go there will realise that its name does not reflect its character! A lot of them are still not very touristy at all. 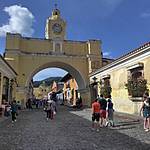 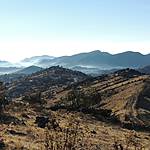 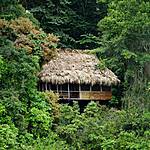