Explore Costa Rica’s wild side with a visit to these remarkable sites, offering hikes, views and memories that you won’t forget in a hurry.

The Volcanoes of Costa Rica 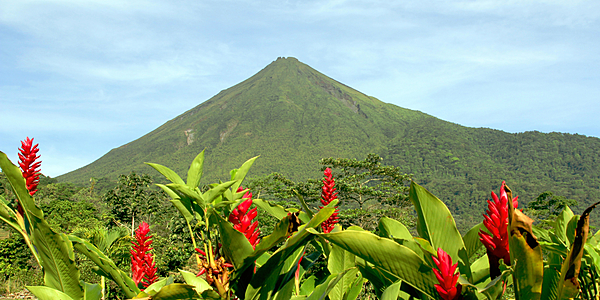 A trip to Costa Rica without a visit to at least one of its numerous volcanoes is unthinkable. These impressive volcanic formations have become symbolic of this little country and its devastating natural beauty.

During a trip to any one of Costa Rica's volcanoes, be sure to get there early in the morning, not only because the temperatures in the afternoon can be sweltering, but also because visibility is often better at this time of the day. Enjoy a crystal clear view from the volcanic peaks before the afternoon clouds surround the summits and limit the sublime panoramas.

Costa Rica is home to so many stunning volcanoes that it can be hard to narrow down where to go. Never fear; here are our top picks for the most breathtaking views in the country so you can be sure not to miss a thing... 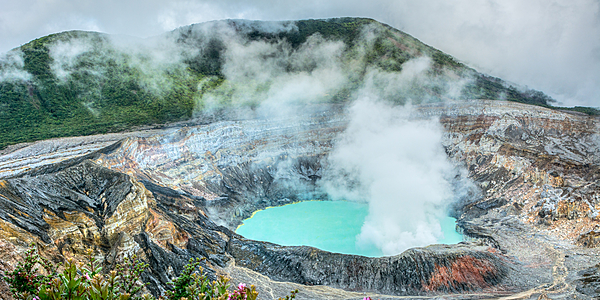 This impressive 2,704 metre high volcano in Poás National Park is one of the most visited in Costa Rica. Its inner crater is more than a kilometre in diameter and 300 metres deep and was formed during an eruption in 1953. Guess what?... It’s still active; one of the volcano's principal attractions are the dramatic columns of smoke which rise hundreds of metres into the air. The volcano also has another crater, filled with bright blue water. Be warned, though this might look from a distance to be an ideal natural jacuzzi, bathing in it is much too dangerous because the area is toxic, making it a perfect example of the volcano’s sublime yet beautifully dangerous nature. During your climb you will also notice how the acid rain has affected the earth and plants and it's said that the people of Costa Rica collect the water to use as a sort of medicine. The National Park is more than just the volcano it houses, though; you’ll be able to see a great variety of plants, animals and birds which you can explore via two equally exquisite paths: Botos and Escalonia. Take your time here and spend at least half a day exploring this natural wonderland. 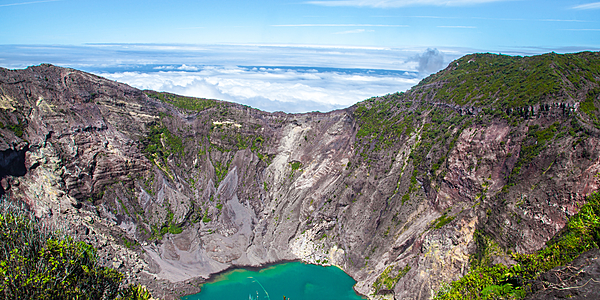 This volcano, about 30 kilometres to the west of Cartago in Irazú National Park, stands at an impressive 3,432 metres and is the tallest in the country. In fact, on a clear day, you can even see both the Pacific and Atlantic Oceans: not something that many summits can boast. Even on cloudier days, you’ll be met with an amazing view over the central valley. The hike up to this volcano is truly unforgettable, you’ll pass a range of other-wordly scenery that would look at home in James Cameron’s Avatar, including a bright green lake of sulphuric acid, desert landscapes composed almost entirely of volcanic black sand and finally, the main crater; a mini-oasis, covered in dense, bright green vegetation. Why not take a day out on your Costa Rican adventure to explore this natural wonder? As a very active volcano, it’ll certainly give you a thrill, just be sure to pack some warm clothes that will come in handy at altitude! 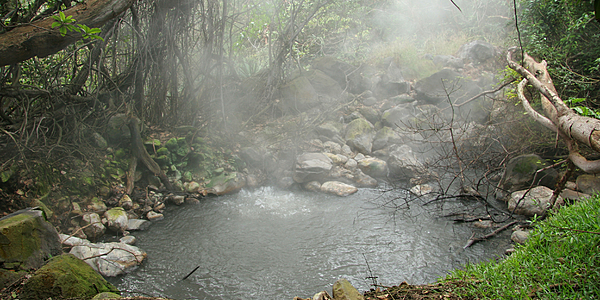 This magnificent Volcano is so steeped in legend and folk-lore that even its name has become testament. Literally meaning, “The old woman’s corner”, the slopes of this ancient volcano are said to have been home to a wise old medicine woman, believed to have mystical healing powers. Legend tells us that she took up residence there after her father, in a rage, had thrown her lover into its crater. On a visit here, it’s not hard to see why mystical tales are rife; the area is peppered with boiling mud pools, natural hot springs, crystal clear pools under trickling waterfalls and the volcano’s smoking crater is filled with water that’s chemical make-up makes it look opaque and white. All of this only adds to the magical atmosphere of this place, which must be seen to be believed. It may be a long and challenging hike and is not recommended for those who are not physically fit, but the payoff is truly worthwhile. Be sure to allow a full day to take in all the wonders that Rincon de la Vieja has to offer.

©
Shutterstock/Picturist90
Corcovado On Any Budget