All year round, though it's more pleasant in summer

An underrated gem on the banks of the Vistula, the magnificent gothic city of Torun is an unmissable stop on any visit to Poland.

My suggestion:
The city's speciality is gingerbread, so don't leave Torun without sampling it - especially since you'll find this sweet treat sold everywhere in the city centre, often bearing the image of Copernicus, Torun's other famous son.
My review

Torun was a revelation for me. At the heart of its city walls on the banks of the Vistula, I found a magnificent medieval town full of life and wonder. Torun's central square is quite simply a gem. One of the most beautiful that I have come across in Poland, to rival Krakow - but without the hordes of sightseers.

As Torun is, surprisingly, largely forgotten by tourists. While it is one of the most historic and famous cities in Poland, and despite being described as a must-see of any trip to Poland, and included on the UNESCO World Heritage List, Torun seems to escape the crowds of tourists. And so much the better for us! 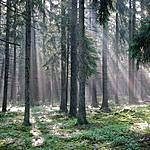 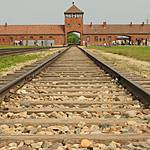 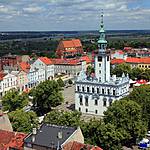