6 reasons to travel to Panama

Panama is in the South of Central America, bordering Costa Rica and Columbia. It's the country which is home to the area with the most UNESCO world heritage sites.

See the famous Panama canal with your own eyes

The renowned canal which links the Atlantic Ocean to the Pacific Ocean goes right past the capital. The Panama canal is a legendary places. It is at once a historic place, a feat of engineering and a source of imagination for travellers who watch the passing boats. 80 km in length, it is made up of canals, locks and lakes. The site of Miraflores is a great viewpoint for admiring the boats' manoeuvres. Read up on the times of passage for the largest cargo ships, as they are the most impressive.

To walk in the footsteps of the conquistadors, head to the historic site of Panama Viejo, where you can see the ruins of the town built at the start of the 8th Century. At the time, it was imperative to install huge defence mechanisms. To the North, in the port towns of Portobelo and San Lorenzo, you'll see the impressive fortifications, with their cannons still in place. Although closer to our own era, old Panama is a historic site of equal charm.

The San Blas islands have no peer among Panama's scenery. They are the territory of the Kunas Indians, who live mainly on fish and coconuts. This archipelago is made up of hundreds of islands and even more islets. Sailboats headed for Columbia tend to stop off here to stock up on fish. There are many suggested routes from the town of Panama. It's a small, fragile paradise, so it's important to have an attitude of respect for the population.

Take a breath of fresh air and nature at Boquete

Boquete is a colourful village located on a plain at the foot of the volcano Baru. A capital of ecotourism, you'll be spoiled for choice when it comes to outdoors activities. If, during your trip to Panama, you want to go hiking, white water rafting, horse riding or swimming in warm springs, Boquete is the place for you.

Hike up a volcano to see two oceans

Facing Boquete is the majestic volcano Baru. The hike leading to its summit is tough, as the climb in altitude is significant and you'll feel the difference in atmosphere at the end, but if the skies are clear, you'll be richly rewarded for your efforts. On a clear day, you can see both oceans. Some people choose to hike at night to arrive as the sun rises. Be warned: it gets cold at 3,474 above sea level.

Panama is located in a meso-American biological corridor. The country benefits from an exceptional natural environment which rivals anything its neighbours have to offer. 22% of the land is classed as a protected area. The nature parks are overflowing with nature and wildlife which will delight explorers and adventurers. Crocodiles, quetzals, turtles, sloths, trees, orchids, and more.
Holidays Panama
Rose Nicolini
23 contributions 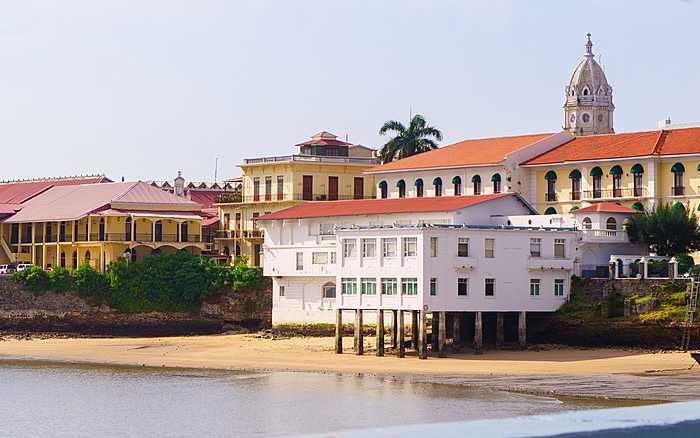