The Abu Simbel temples are located at the border with Sudan.

My suggestion:
If you go by bus, take the first one to see the sunrise on the temples. Otherwise, you can sleep at the site.
My review

You have to cross the desert to get to Abu Simbel from Aswan. There are several flights per day, which seemed to be the easiest option for me. However, it is also possible to go there by boat or by minibus with a military escort.

As soon as I arrived, I was really impressed by the sheer size of the Temple of Ramses II. Of course, you see the four statues of Ramses II sitting on their thrones, but you immediately start thinking about the different stages of its construction.

The temple was built between 1304 and 1213 BC at the authority Ramses II. It is dedicated to the cults of Amun, Ra, Ptah and Ramses II himself. The interior, which is carved into the rock, is quite dark. But the most incredible thing is that the sun penetrates to the back wall of the temple during the two equinoxes. It illuminates three of the four statutes sitting on the bench.

They did not manage to reproduce this degree of precision when the temple was moved. In fact, Unesco successfully managed to relocate the temple to save it from being submerged after Nasser's construction of the Nile's dam. Abu Simbel has become the symbol for the revival of the Nubian monuments. The Temple was rebuilt in its current location 55m higher up, and placed on an artificial hill. Since then, the illumination at the equinoxes takes place two days later. It makes you wonder!

Off to the side, there is a smaller sanctuary dedicated to Nefertari, deified as Hathor. It was the first religious building devoted to the wife of a pharaoh. In my opinion, Abu Simbel is a magnificent place that's definitely worth a visitwhile staying in Egypt. 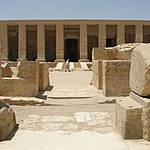 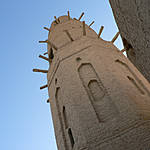 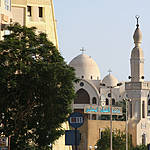 Aswān
See more
Experience added!
You can add more experiences to your trip itinerary before sending it to a local agency
View my trip itinerary