A safari in Uwanda Game Reserve and Kitulo National Park

If you find yourself in the southern part of the country during your trip to Tanzania—such as Mbeya, for example—, you will be able to go on beautiful excursions in Uwanda Game Reserve and Kitulo National Park.

The main reason for tourists going on holiday to Tanzania is undoubtedly to realise their dreams of going on safari. For this reason, before your departure, it is highly probable that you will take out a map of the country and circle Serengeti National Park and the Ngorongoro Conservation Area, both of which are classified as UNESCO World Heritage Sites, and perhaps also Tarangire National Park, Lake Manyara National Park, and even the gigantic Selous Game Reserve.

Apart from these headline acts, those who travel to the southern part of the country between the cities of Mbeya and Sumbawanga will also be able to go on safari in Uwanda Game Reserve. Considered as an extension of Katavi National Park, it borders Lake Rukwa. It is a true piece of paradise for ornithologists, who will be able to admire more than 400 species of birds. Among the wild animals that you will see are, of course, crocodiles. Should you have the crazy idea of going paddling in the lake, remember that its waters are home to the highest density of crocodiles in Tanzania. You will also see hippopotamuses, giraffes—including the vary rare albino giraffes—, elephants, antelopes, kudus and zebras. 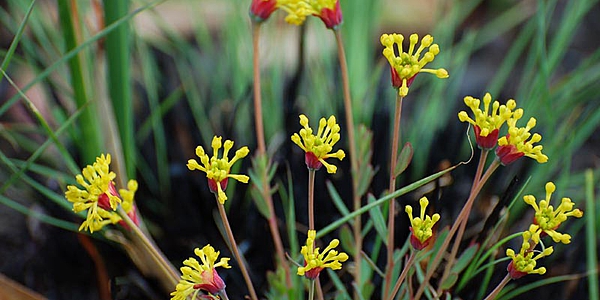 The closest park to the city of Mbeya is Kitulo National Park. Although it is absolutely magnificent, be aware that it is especially appealing to passionate botanists.

It is not here that you will see the greatest number of animals. On the other hand, if you are in the area during the rainy season (November to April), the blooming of the flowers makes the landscapes enchanting. It is an explosion of colour. According to specialists and top botanists, it is the most beautiful display of flowers in the world that has been given to us to admire. So don't be surprised to learn that Kitulo National Park is commonly referred to as "the Serengeti of Flowers".