Somewhat in the image of the country that has chosen the option of high prices to protect itself from the perverse effects of mass tourism, Ruaha National Park is specialized in luxury safaris.

Ruaha park in a few words

Contrary to neighbouring Kenya whose policy is to offer more affordable prices, so as to attract as many visitors as possible to its parks, you will notice over the course of your trip to Tanzania that things are quite different over here.

Tanzania has decided to implement high prices so as to restrict and control the number of entries, in order to limit the perverse effects of mass tourism on its nature that it wants to preserve as wild as possible. Ruaha National Park is entirely in this perspective, in keeping with what the country is doing.

It is in fact the luxury safari specialist. The prices here are higher than everywhere else. In turn, if you decide to come here, you will often feel alone with only the wilderness for company and lodges that offer unparalleled comfort. With 8,494 square miles, Ruaha National Park is the country's largest national park.

Located in the centre of Tanzania, Ruaha park is quite isolated and quite a distance from the biggest cities that are Dar es Salaam and Arusha. For example, it will take you about 9 hours by road to get here from Dar es Salaam and just under 2 hours by plane. If you have not got much time during your stay, you are better off going with the second option. 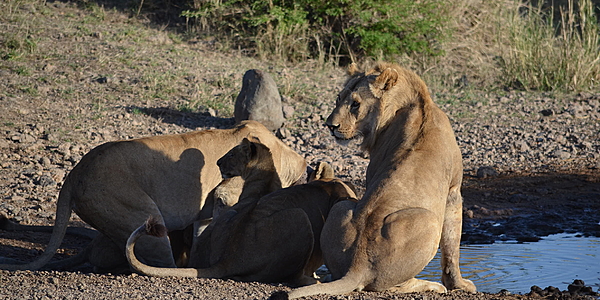 Obviously the Ruaha National Park is not as well-known as Ngorongoro or Serengeti, though it should still be known that a safari here is quite simply magical. You will feel very close to the best that the country has to offer. Not only is the scenery fabulous, but in addition to this, the solitude that you will feel in the face of this primeval wilderness will make the atmosphere extremely surreal.

In general, the rangers will make you keep to the trails near the river. That is where you are most likely to see animals. The best time of the year for this is during the dry season which stretches from June to December. Over there as the grass is low, it is easier to watch elephants, crocodiles, hippopotamuses, antelopes, buffaloes and many bird species. The richness of Ruaha National Park is also due to the presence of greater kudus, lycaons, leopards and lions.

As you behold all the scenes of animal life that are offered up by nature, you will understand why Ruaha is considered one of the most beautiful parks in the country.