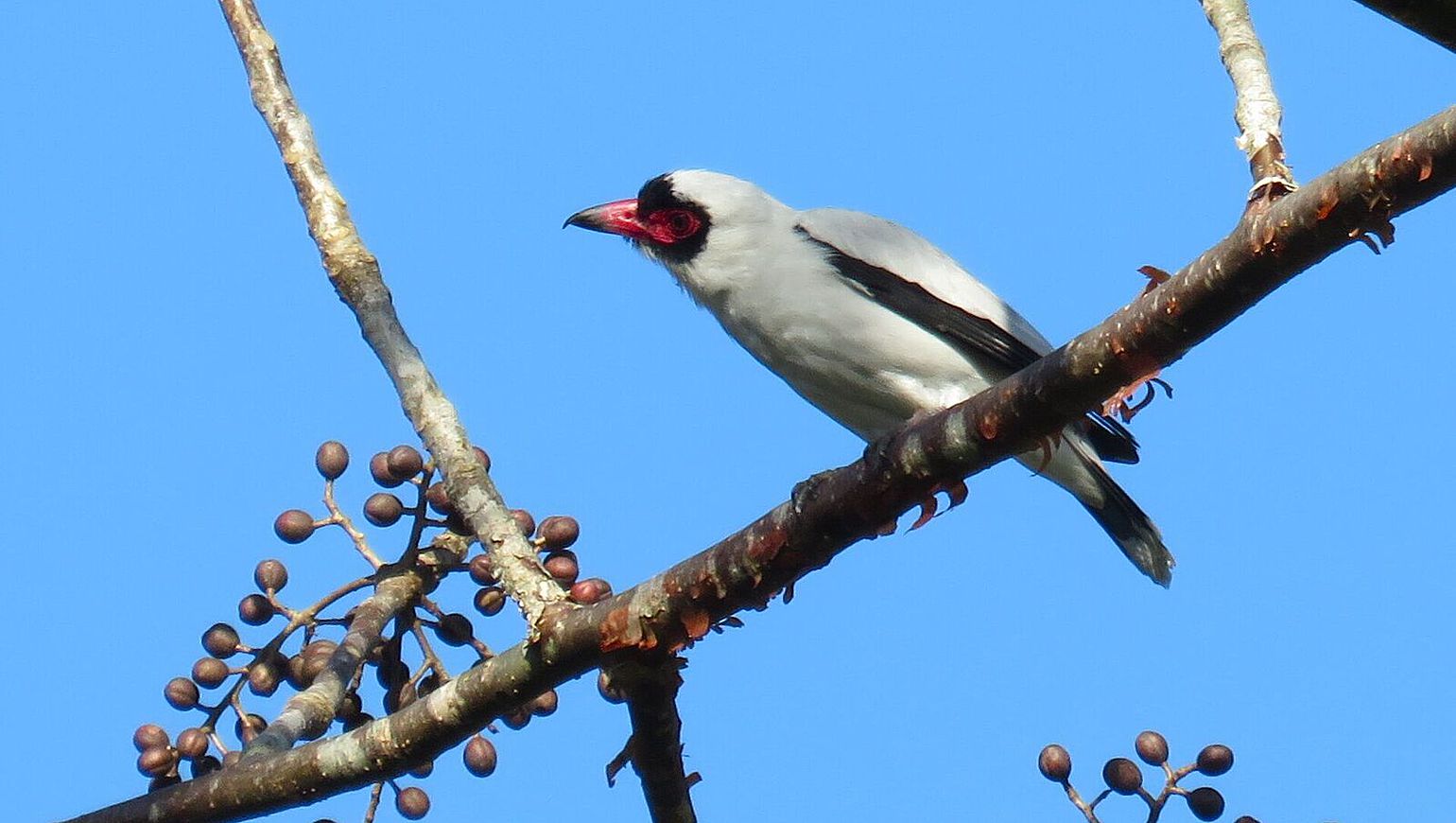 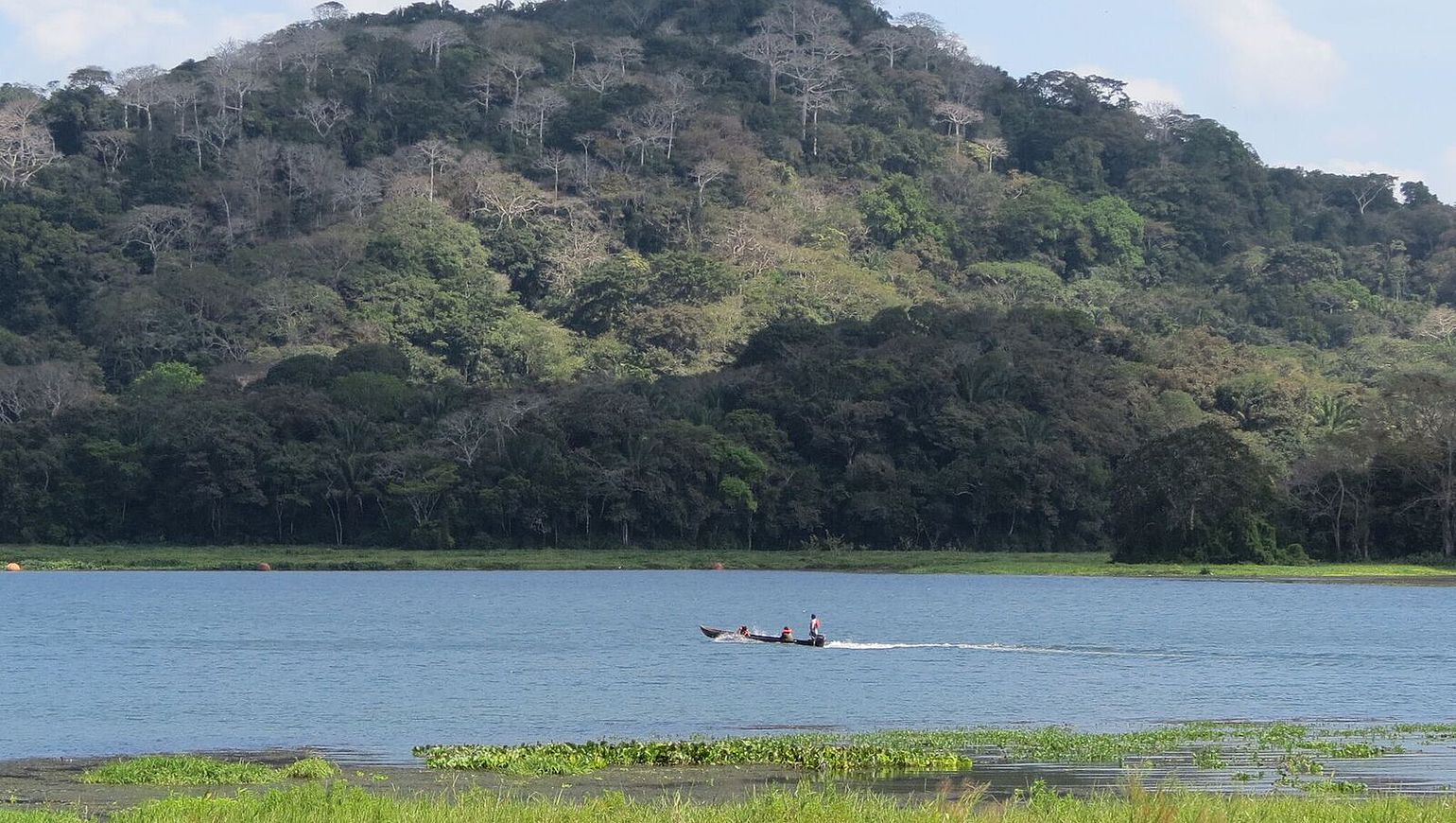 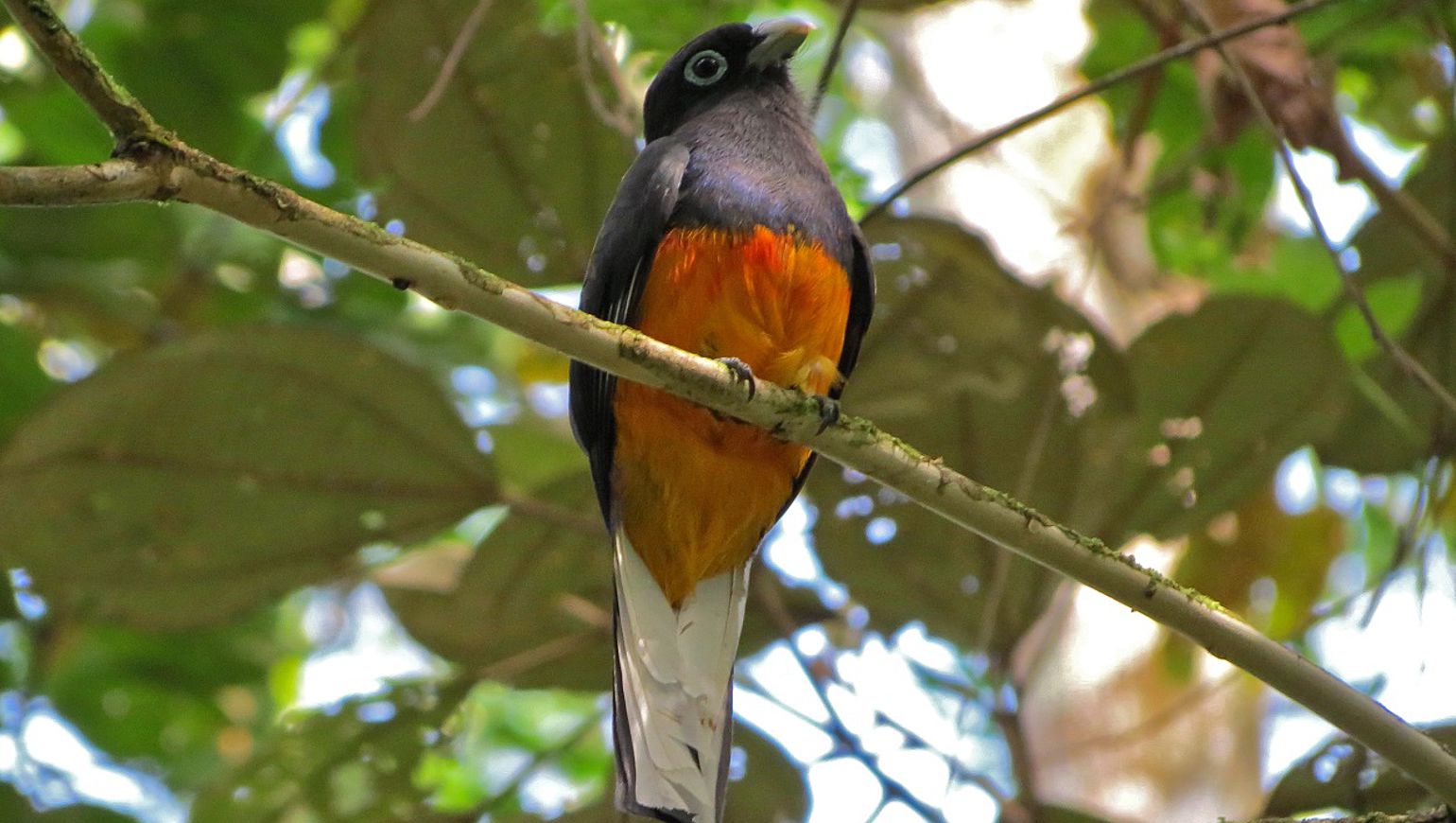 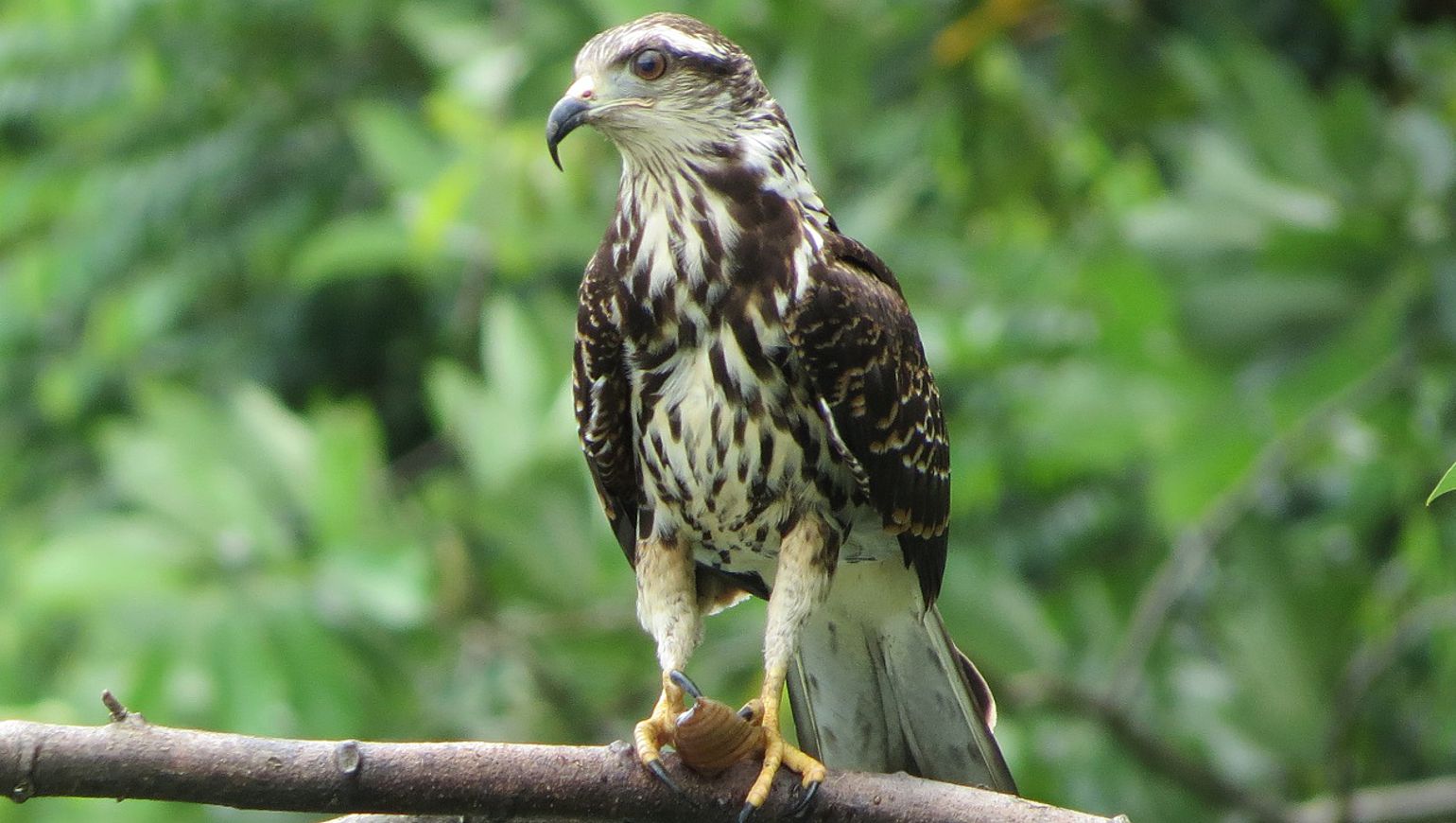 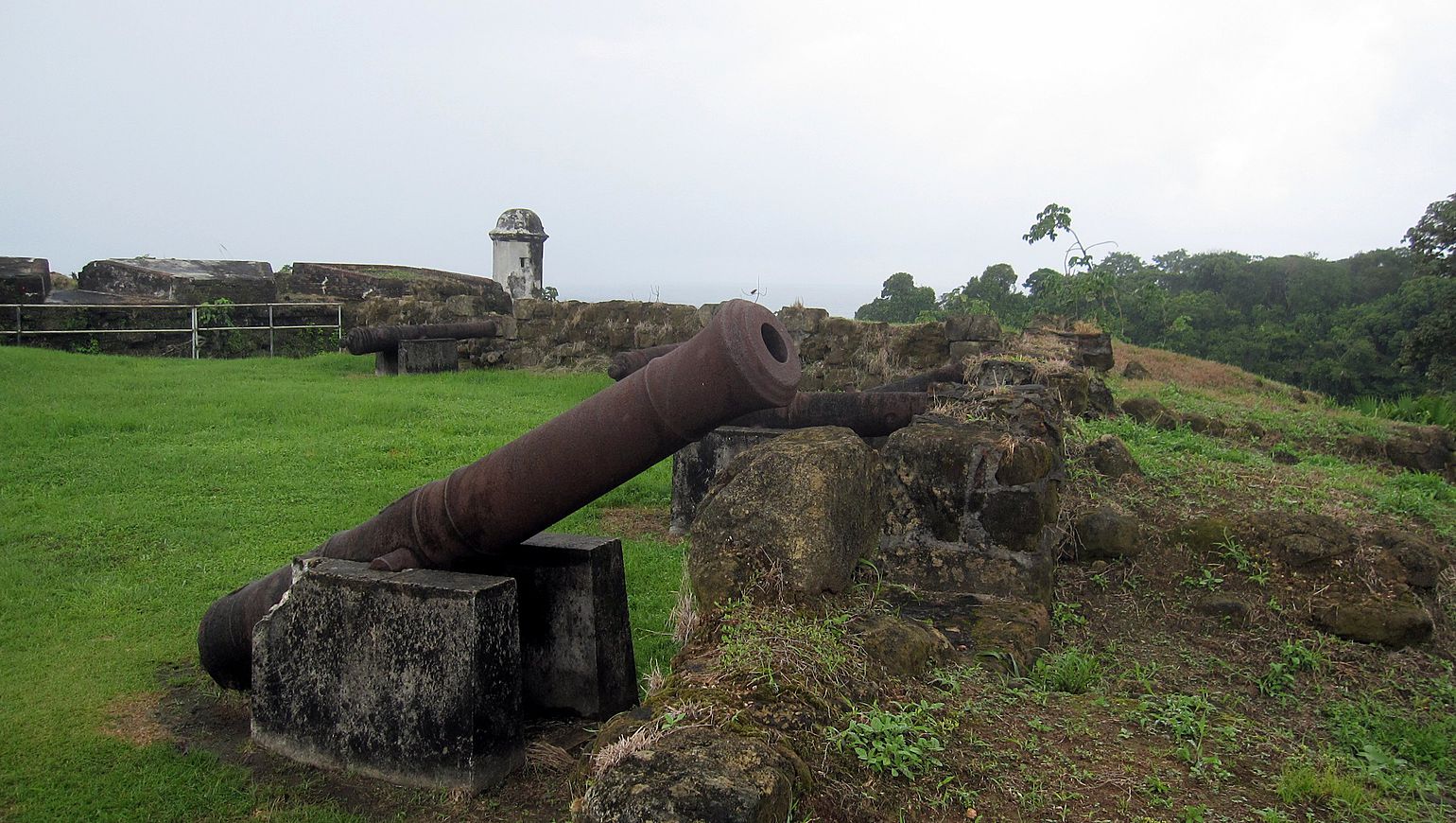 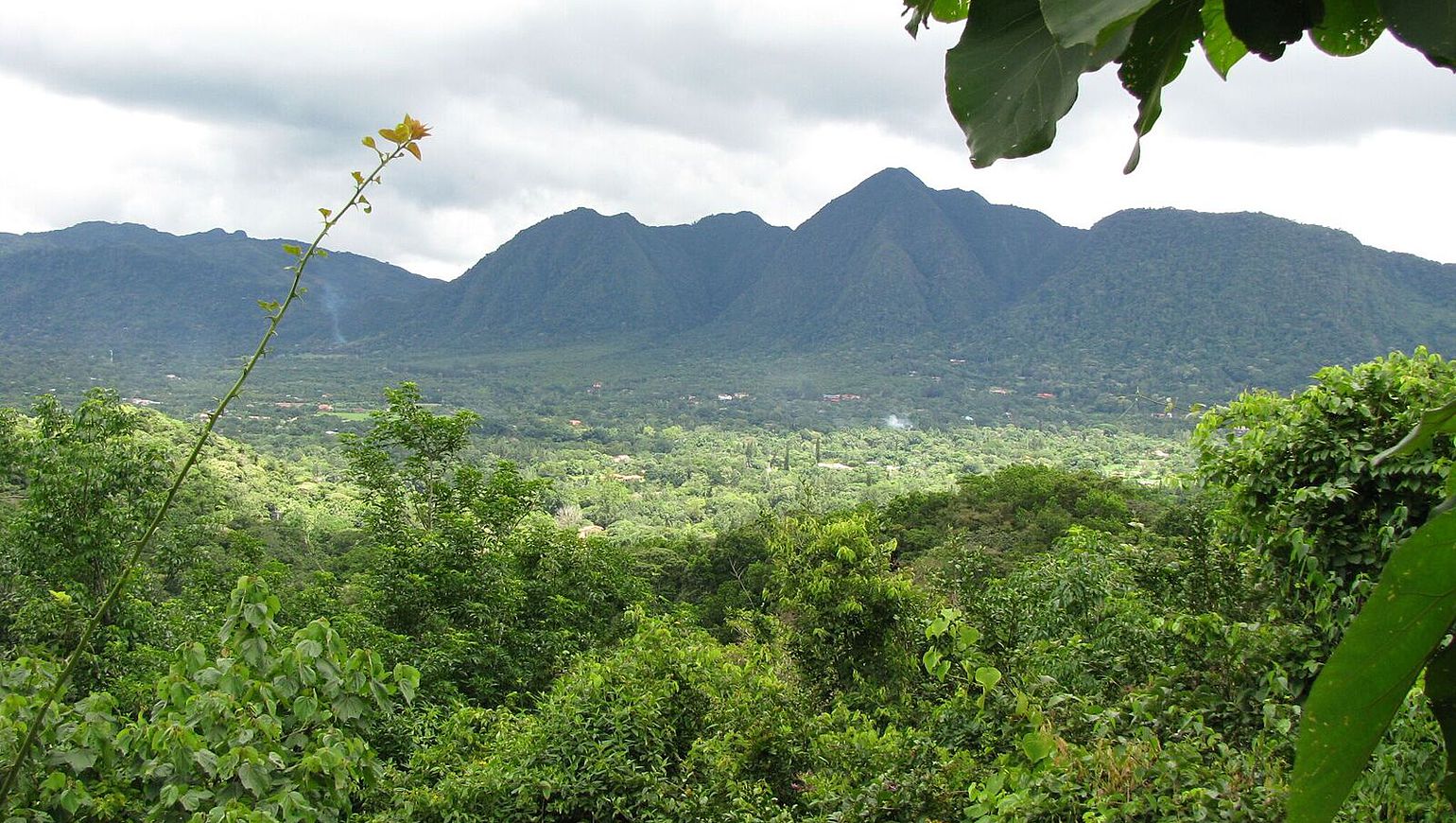 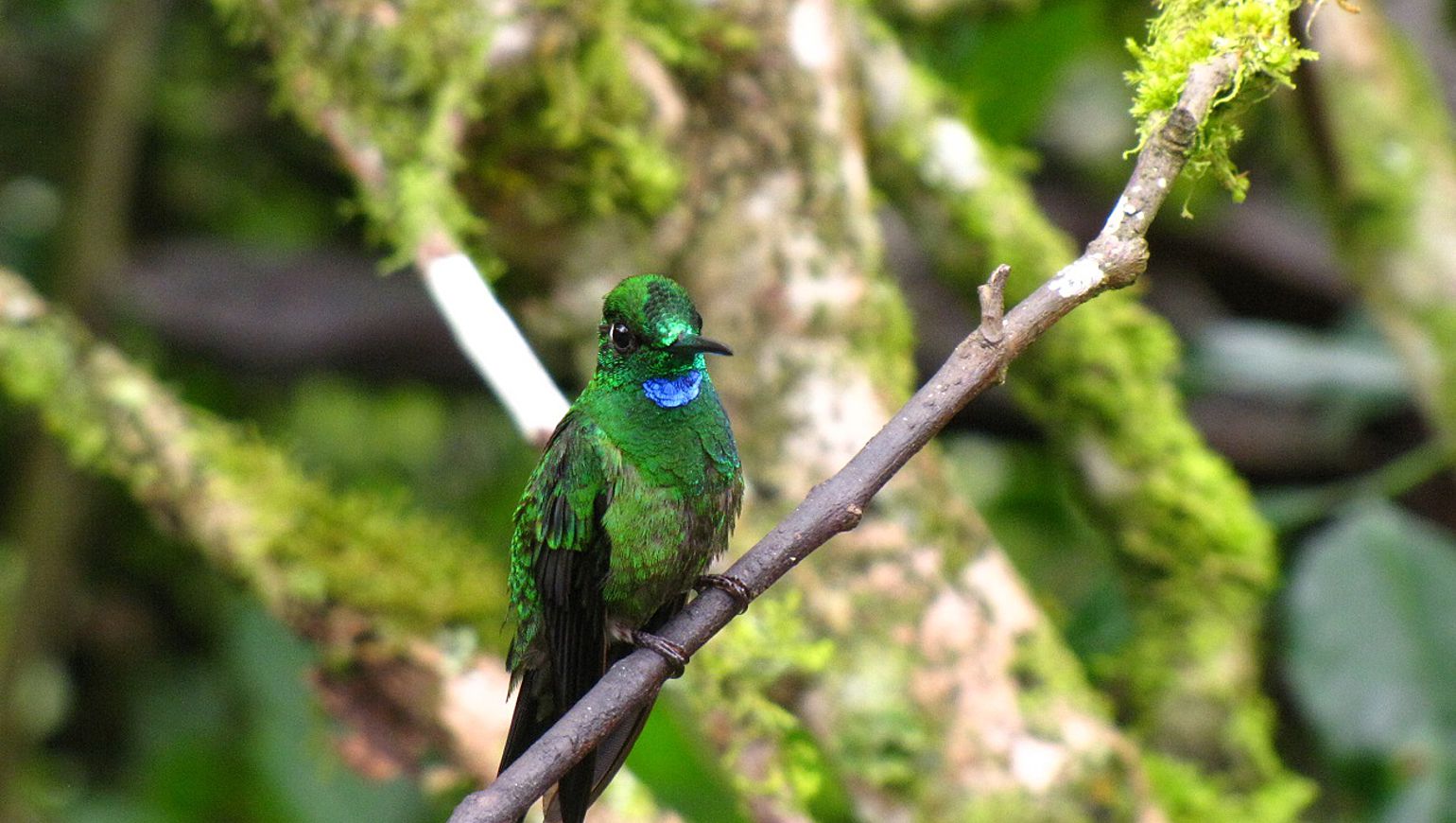 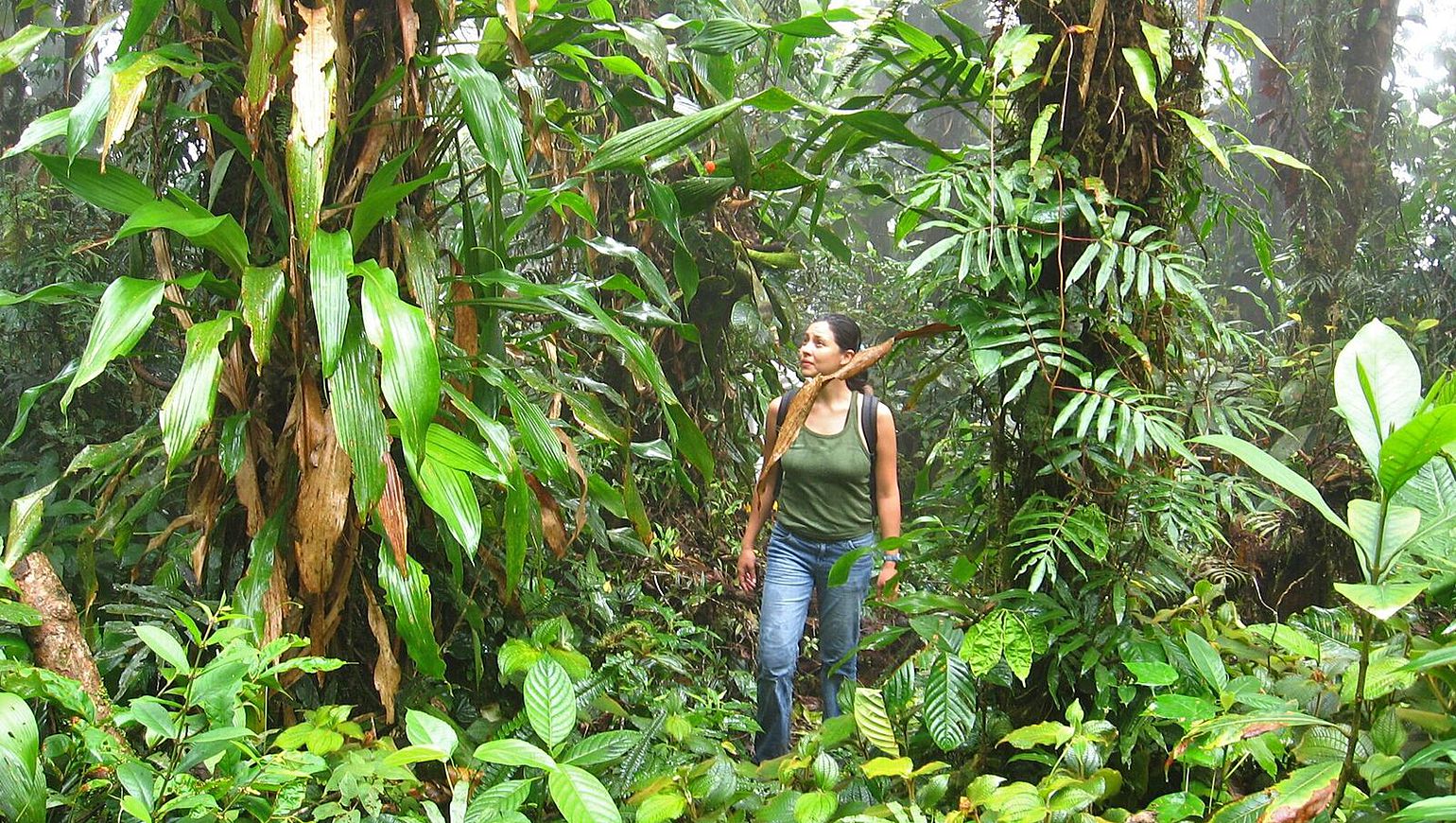 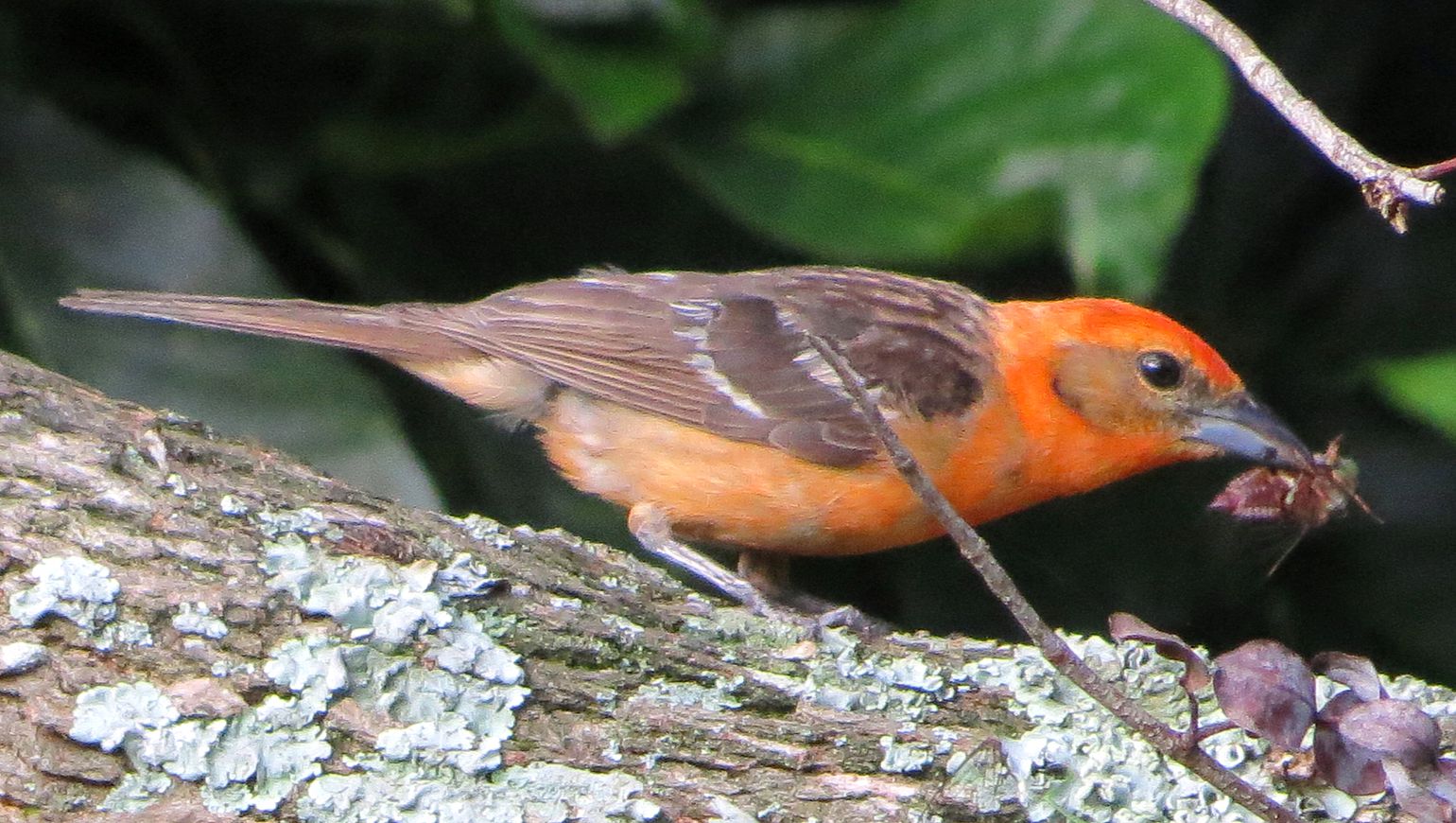 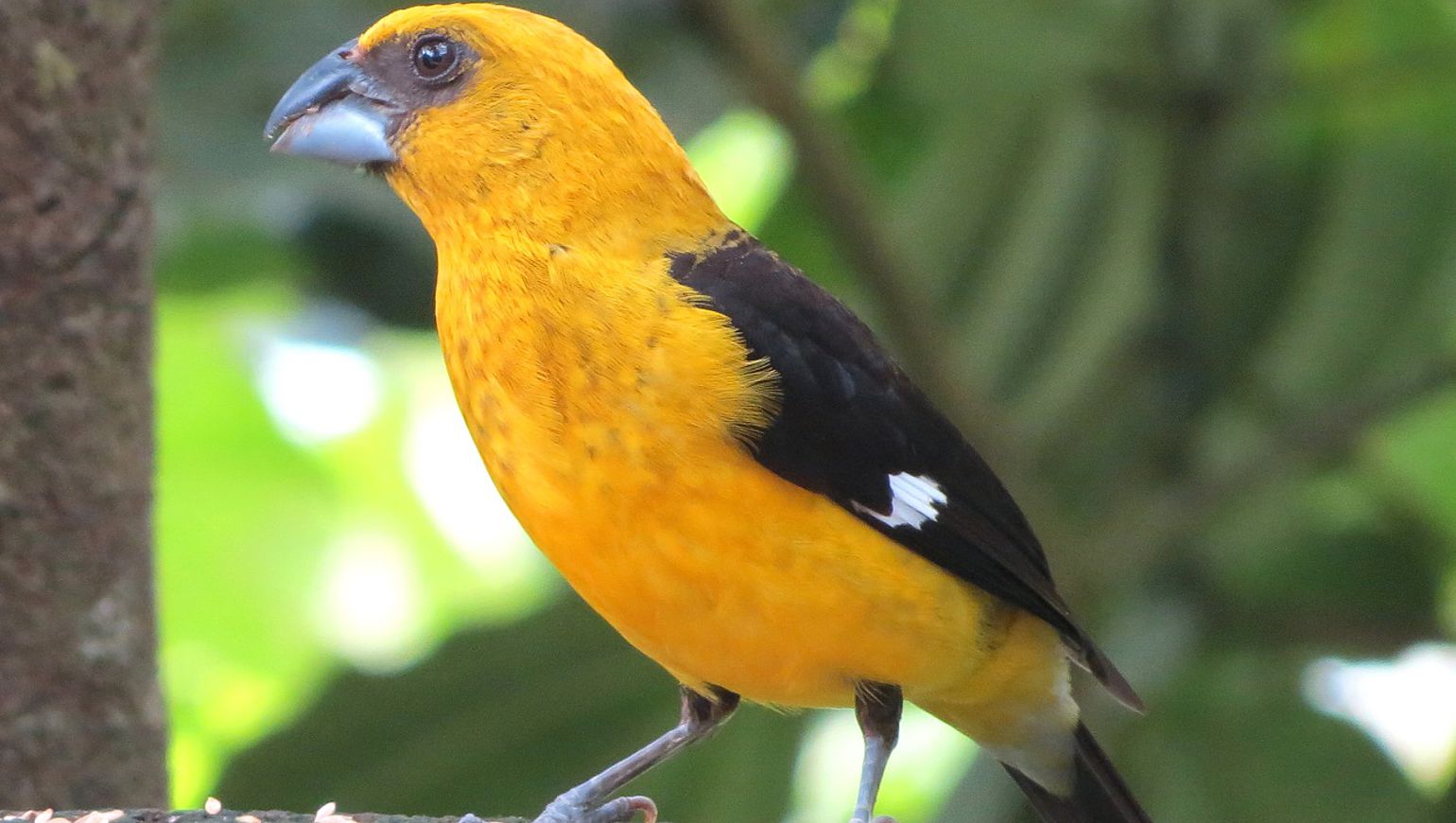 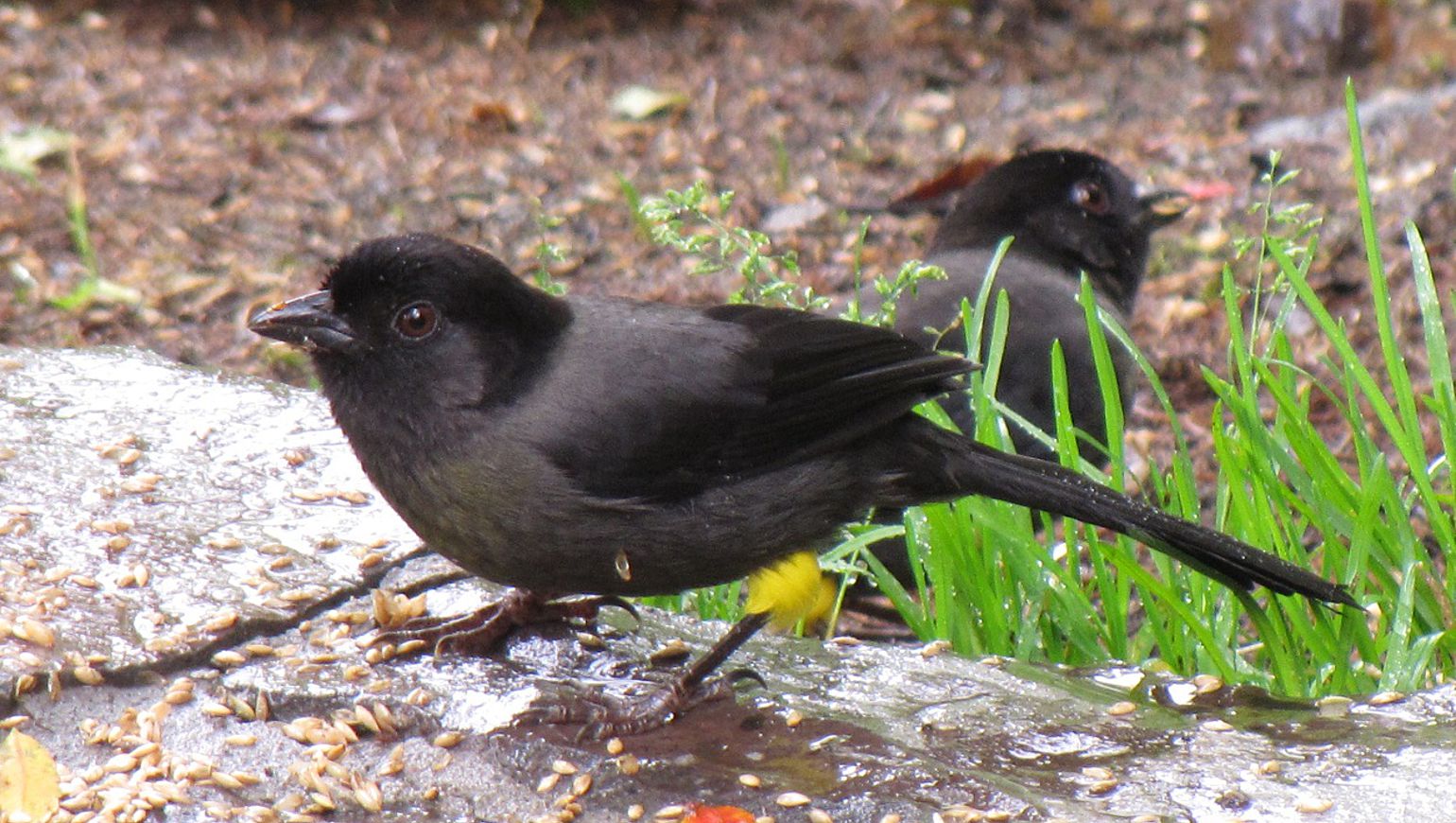 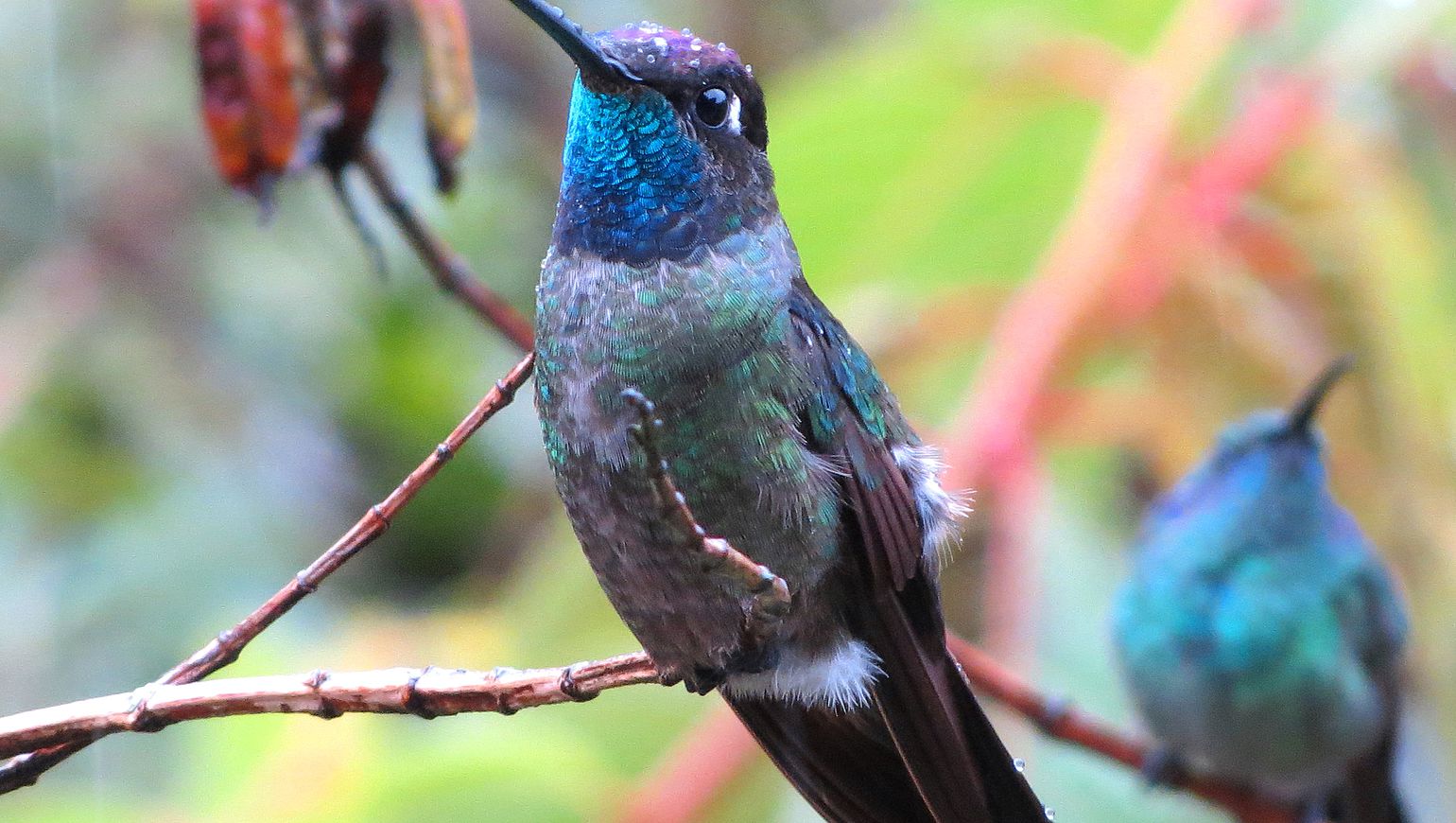 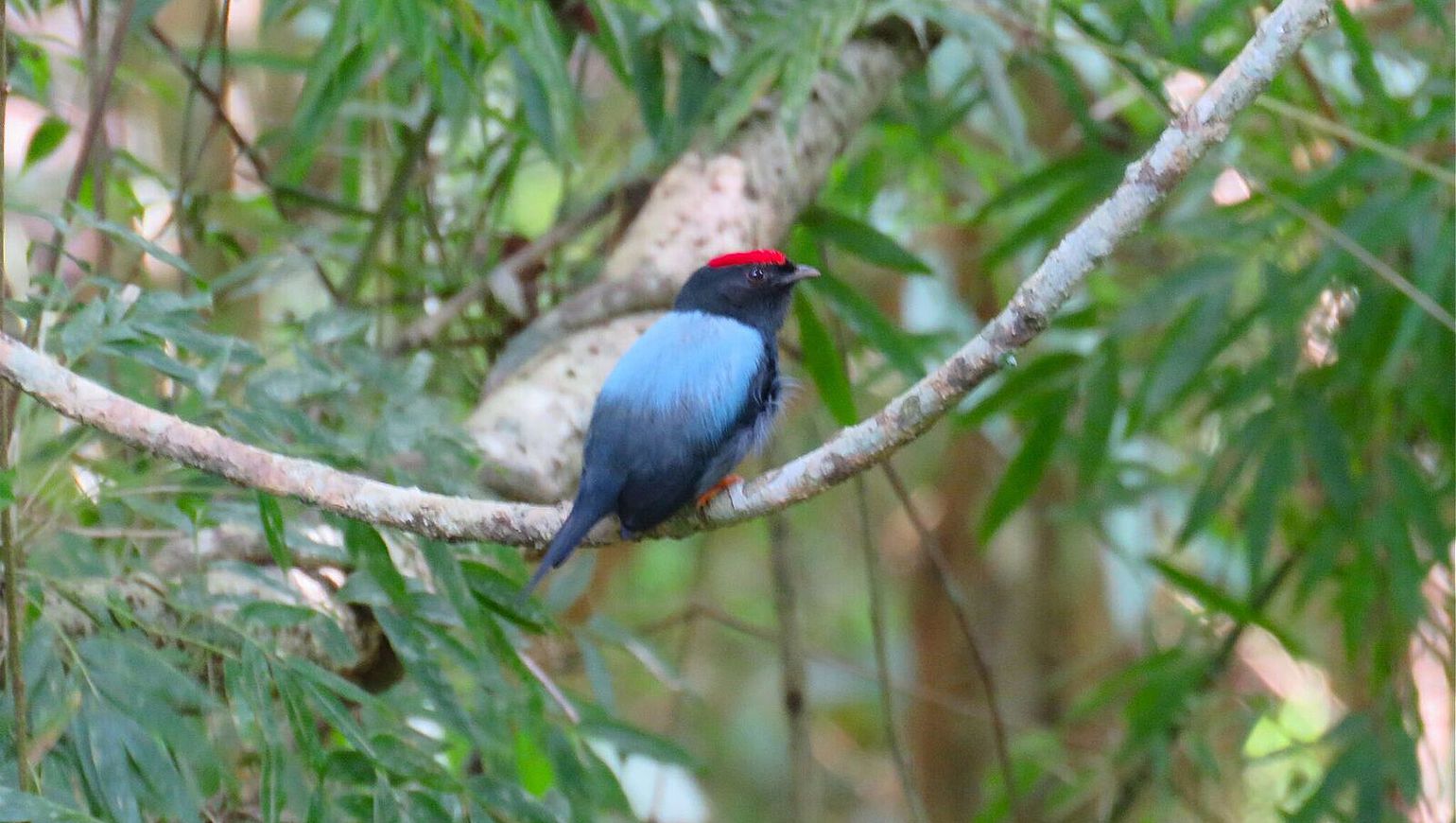 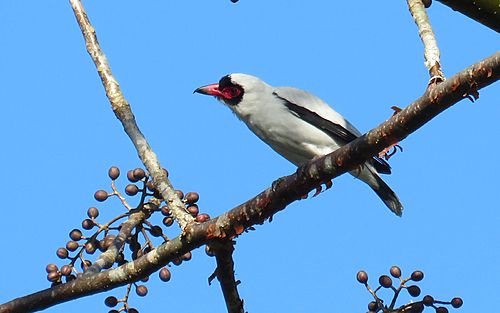 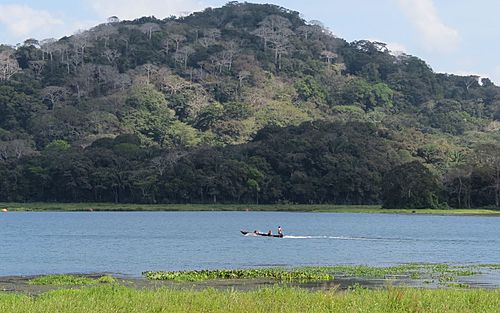 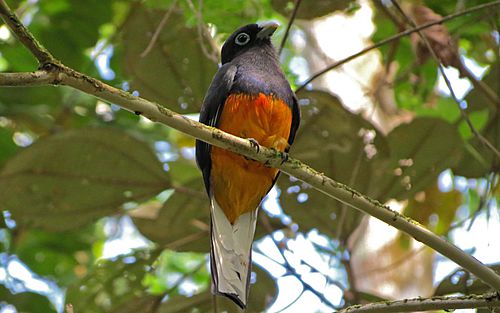 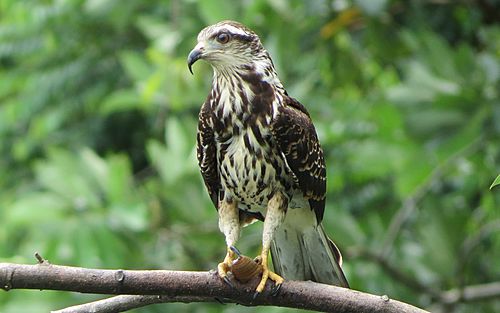 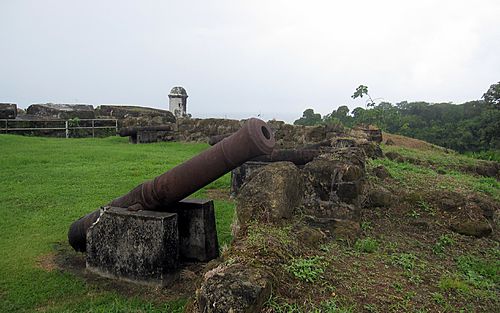 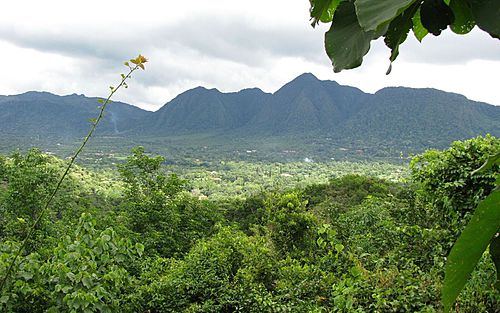 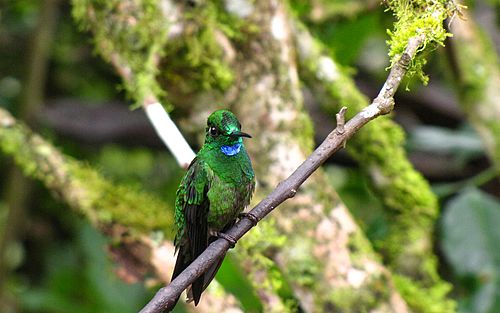 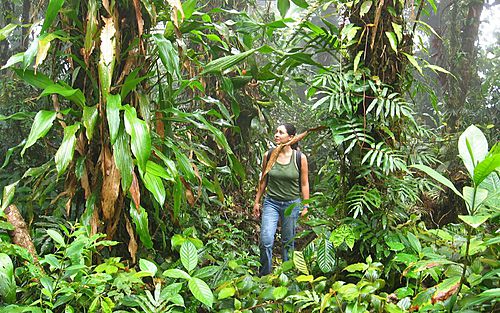 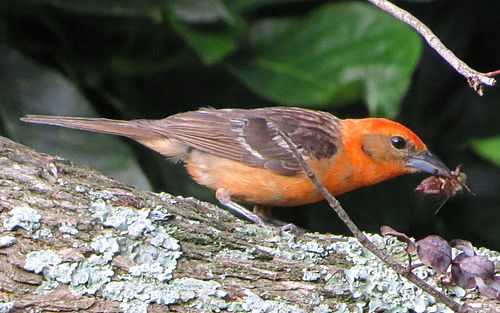 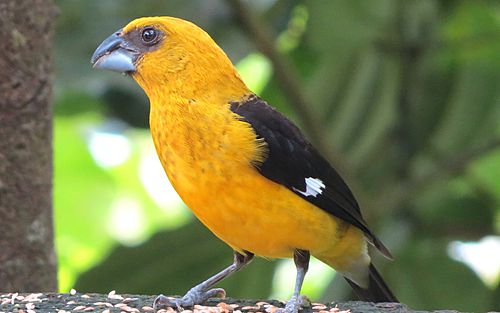 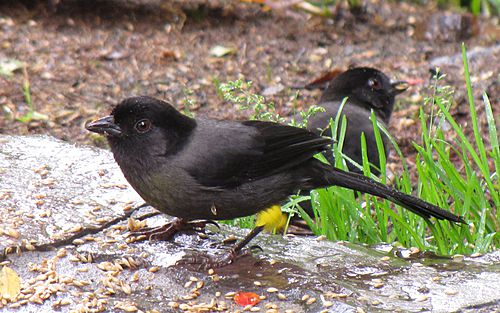 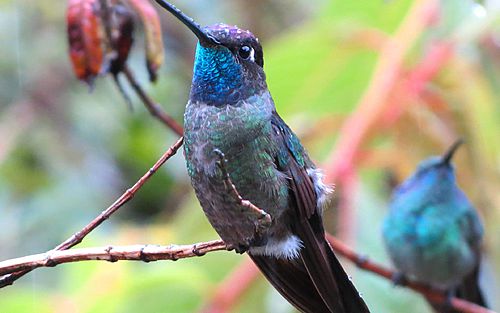 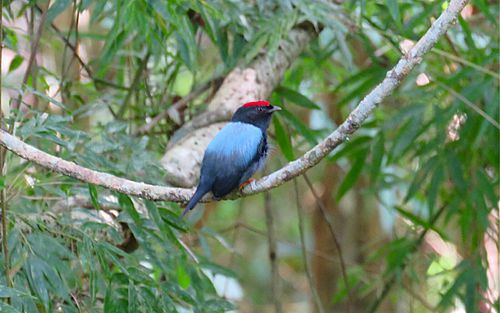 Panama is a small country spanning 75,000 square kilometres, the equivalent of the surface area of the Republic of Ireland or the state of South Carolina. However it boasts an unbelievable 976 species of bird, which represents about 10% of the planet’s total! If that's not enough to sway the keen bird lovers out there, nothing will. Enjoy Panama!...

Panama is a small country spanning 75,000 square kilometres, the equivalent of the surface area of the Republic of Ireland or the state of South Carolina. However it boasts an unbelievable 976 species of bird, which represents about 10% of the planet’s total! If that's not enough to sway the keen bird lovers out there, nothing will. Enjoy Panama!

Day 1: Arrival at the airport

Your journey along the natural bridge between the Americas starts at Tocumen International airport, located 20 km East of Panama City.Your private driver will be waiting for you. You will take the ‘’Corredor Norte’’, the highway that goes around the north part of Panama City and drive to Soberania National Park until you reach Gamboa. This small village is located about halfway along the canal, where the Chagres River meets with Gatun Lake.Gamboa Rainforest Resort is ideally located in the heart of Soberania National Park's rainforest, only 40 minutes from the center of Panama City.Overnight at Gamboa Rainforest Resort

With more than 525 described species within a limited range Soberania National Park offers amazing birding opportunities with a mixture of rainforest, lake and river habitats.

There are 3 species of toucans and 5 species of trogons among many others, Soberania is also famous for its numerous antbirds, such as the Spotted Antbird, Bicolored Antbird, Ocellated Antbird, Chestnut-Backed antbird and, if it is your lucky day, the rare Rufous-Vented Ground-Cuckoo!

Another fascinating day of exploration and observation in the surroundings of the Panama Canal! Try a different trail to spot different species. Pipeline Road, Old Gamboa Road or Plantation Road are all legendary, next to Pipeline Road there is also the Rainforest Discovery Center with 32 m canopy observation tower and its hummingbird feeding centre. One of the trails ends up on one of Lake Gatun’s many arms, which is ideal for observing species such as Anhingas, Snail Kites, Ospreys, Wattled Jacanas or the beautiful Purple Gallinules.

In spite of the fact it is a very narrow country (80 km in the Canal area) Panama offers strong climate differences between the Pacific Coast and the Caribbean Coast, which gets more rain than the south part. In consequence there are significant differences between plant species from both sides and some animal species are only present near one of the coasts.

San Lorenzo National park was created to protect the old Spanish fort of the same name. Achiote Road crosses its southern part and this is where Panama Audubon Society did its famous record counting of 340 species in 24 hours.

Among many others: White Hawk, Black-throated Trogon, Black-breasted and Pied Puffbirds, Spot-crowned Barbet, Chestnut-headed and Montezuma Oropendulas, White-headed Wren, Black-headed Saltator, Mealy Parrot and if you have very good eyes, The Great Potoo!

In the morning, go bird-spotting at Soberania National Park to improve your already impressive list of spotted species!

After lunch, transfer by road to El Valle. You will pass on the ‘’Centenial Bridge’’ that crosses the famous ‘’Culebra Cut’’; the narrowest part of the Panama Canal and drive about an hour westward on the Pan-American highway until you find a little road going North in the direction of the Caribbean.

El Valle de Anton is a little village located inside a huge volcano crater. The volcano is dormant although the presence of hot springs indicates some activity still going on.

The area of El Valle offers a wide variety of habitats, which you will see from foothills on the way up to the village to mountain rainforest. The volcano steep slopes are covered with a thick cloud forest that is home to many bird species that cannot be found at sea level, such as the Blue-Throated toucanet, the Orange-Throated Trogon or the Green-Crowned Brillant.

During the morning you will continue your birding exploration on the trails around El Valle, with the opportunity to spot charming species such as the Tawny-Capped Euphonia or the scarlet-thighed dacnis.

After lunch will take you back to your hotel in Panama City.

After breakfast a vehicle will pick you up at your hotel and take you to Albrook National Airport where you will board the first flight for David, the capital of the state of Chiriqui, located at the west end of the country.

A private driver will be waiting for you. After a short drive on the Pan-American Highway you will take a picturesque road that you will follow until your arrival at Volcan. There, you will take a dirt road through a beautiful landscape of forested mountains and reach the limits of La Amistad National Park.

This little lodge is built in the ‘’cloud forest’’, a fascinating ecosystem with tree ferns abound and where every inch of bark is covered with moss and epiphytes!

It is the natural territory of the Resplendant Quetzal; the sacred bird of ancient Mayas and Aztecs. This magnificent animal is very frequently seen around the lodge, especially during mating season (December to March).

More than 200 species of highland species and migrants that have been spotted on the reserve. The resplendant quetzal of course, but also the Three-Wattled Bellbird. Black Guan and Crested Guan are here as is the elusive Highland Tinamou, not to mention local beauties like Black-Thighed Grosbeaks or Silver-Throated Tanagers.

There are 8 self-guided marked trails for guests to choose from. Hikes to the peak of Mount Totumas (a challenging feat!) as well as to remote areas in La Amistad National Park can be organized. Guides are available on request.

Day 10: More Birwatching in the Highlands

You shall keep on exploring the rainforest around the lodge, looking for more interesting species such as Long-Tailed Silky Flycatchers, Yellow-Thighed Finches or Collared Trogons. After the hikes we can spend a great time resting in front of the hummingbird feeders:15 species of the tiny but rowdy acrobats have been spotted at Totuma’s: among them the large Magnificent Hummingbird and Violet Sabrewing fighting for the local supremacy and the small Scintillant Hummingbird that flies like a bumblebee!Overnight at Mount Totuma’s Mountain Lodge.

You won’t want to miss your early morning hike for your last highland birding in Panama! After a good breakfast in front of the hummingbird feeders – you might be lucky enough to see uncommon species such as Magenta-Throated Woodstar, Brown-Violet Ear, Fiery-Throated Hummingbird and Long-Billed Starthroat - you will come back to Volcan, then to David to catch your afternoon flight to Panama City. Overnight at hotel Tryp Panama Centro

You couldn’t possibly leave Panama without a final birding experience in the Metropolitan Park. It is a vast area of protected secondary rainforest located in the centre of the Capital. There are several trails, one of them leading to the top of a hill with a beautiful view over the city.It is an excellent place to observe species such as the elegant Squirrell Cuckoo, the Slaty-Tailed Trogon, the Blue-Crowned Motmot, the White-Shouldered Tanager and even, with a bit of luck, the Common Potoo and the Pheasant Cuckoo…In the afternoon you will be transferred to Tocumen International Airport, where you will leave our little Panama with a massive new bird list! 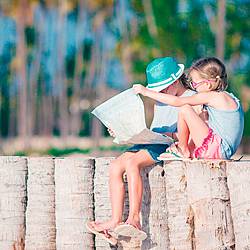 In the same geographical zone