Best places to visit in Namibia

Inhabited by bushmen, a people used to the extreme aridity, a country of oryx (antelopes) and kokerbooms (desert trees), Namibia, with its terrain and the sun's intensity, is known for its grandiose desert-like scenery and almost martian atmosphere... But what are the must-sees during a trip to Namibia?

Its capital, Windhoek, is a pleasant city, where it's worth making the most of the attractions and resting well before heading out into the arid, endlessly stretching bush.

Descending to the South, the main attraction is the Namib Desert and its Dune 45, from the top of which you'll have an incredible view of the sunrise. Further to the South, at the South African border, the Fish River Canyon sinks into the depths of the ocre ground, resulting in magnificent, towering rocky gorges.

Climbing up towards the North again, visitors will discover Etosha National Park. There, you'll see the famous oryx, the antelope which forms the country's symbol, but also any number of lions, elephants, buffalo, giraffes, leopards, cheetahs and more. It's a rich range of wildlife, all of whom gather together around the water holes in dry season.

At the Angolan border, and quite difficult to access, live the renowned Himbas, an impressive tribe who coat their skin and hair with a red clay. The Caprivi strip, linking the country to the Victoria falls, is an extraordinarily green and fertile piece of land which forms a migration corridor for elephants and which is partially submerged each rainy season.

Lastly, the Kalahari Desert, which separates Namibia from Botswana and South Africa, is one of the vastest and wildest on the planet. It's here that the Bushmen live, a tribe menaced by drought and the exploitation of the region for mining, made famous by the film The Gods Have Fallen on their Heads (1980). 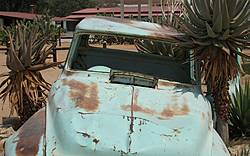 Solitaire
4/5
Solitaire bears its name well, this market town or rather this petrol station/supermarket/post office that acts as a locality, serves as a stopping place when you visit Namib-Naukluft National Park. 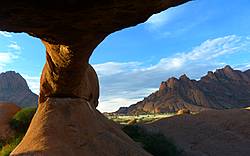 Spitzkoppe
4/5
The Spitzkoppe is a strange mountain in the heart of Damaraland with an astonishing view point and also an opportunity for a really lovely hike off the beaten track . 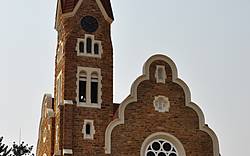 Windhoek
4/5
Namibia's capital is the point of entry and exit and also a nice city to visit with nevertheless a higher rate of delinquency and crime than in the rest of the country, so you do need to be on your guard. 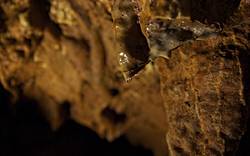 Gaub
3/5
Ghaub is a location with a farm which is still in use and which has enormous caves, allegedly the third biggest caves in the country. 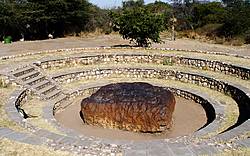 Grootfontein
3/5
Towns are rare in Namibia, but Grootfontein is one of three towns that form a triangle East of Etosha together with Otavi and Tsumeb. A town of passage when you are going towards Rundu and the Caprivi region, it serves mainly as a stopping place. 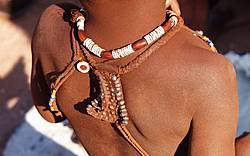 Kamanjab
3/5
Kamanjab is a small settlement in the region of Kunene , 112 ml south of Epupa and 68 ml north of Khorixas . Kamanjab is the last stopping place in direction of Damaraland or Kaokoland. 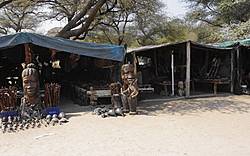 Okahandja
3/5
Okahandja is a city which leads to Etosha National Park, practical for a stop on the way there. 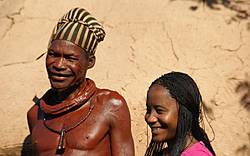 Sesfontein
3/5
Sesfontein is the gateway to Kaokoland and the Himba peoples, a famous nomadic people of Namibia, alas the exhibition that the Himbas make of themselves in town is not what you find at some distance in the countryside. 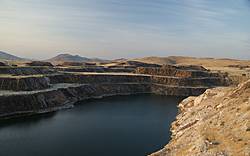 Uis
3/5
The town of Uis is nothing extraordinary in and of itself, but it is located not far from several Damaraland sites such as the White Lady and Twyfelfontein frescos. 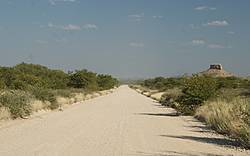 Khorixas
2/5
Khorixas is a dreary town with the wrong sort of people that can be useful for filling up with petrol, but is not worth spending time in for much longer than that.
12