Kompong Phluk is a floating village located one hour from Siem Reap. It can be visited by boat during the rainy season and on foot during the dry season.

My suggestion:
Tour the village, then stop for lunch at one of the floating restaurants on Tonlé Sap Lake.
My review

I really enjoyed visiting Cambodia's floating villages, and because it's less touristy than Chong Kneas, Kompong Phluk is a good one to choose.

Something I didn't like so much was the cost: the village entrance fee, the boat for the tour, the tuk-tuk to get there, the guide, etc. A day here can quickly get expensive! If your trip has been organised in advance, however, you won't have any surprises in store in this respect.

The floating village itself is wonderfully scenic and offers opportunities to observe scenes of everyday life in Cambodia. With the water being the very lifeblood of the country, and its primary source of revenue and sustenance, this is the ideal place to visit if you want to discover the real Cambodia on your trip. It's amazing seeing the lives the local people lead, and I personally found it deeply moving.

Kompong Phluk is one of the villages located on Tonlé Sap lake. In contrast to its more popular neighbour, Chong Kneas, it is not actually a floating village but instead consists of stilt houses.

My suggestion:
The village is beginning to be affected by the same success its neighbour (Chong Kneas) has experienced, so head on to the next village if you are looking for traditional authenticity; Kampong Khleang should also prove less expensive.
My review

I returned from Kompong Phluk feeling both disappointed and, at the same time, satisfied. Why such contrasting feelings? Well, because I was disappointed by the price, which made it as expensive as visiting its popular neighbour Chong Kneas: the floating village that serves as a destination for most of the excursions to Tonlé Sap operated by companies from Siem Reap.
And disappointed, too, because KompongPhlukis not actually a floating village. I have memories of being more impressed by Chong Kneas, which I went to a few years ago. Unfortunately, the latter has now become a major tourist destination and is unrecognisable from the time I was there, to such an extent that I immediately left again as soon as I arrived, asking to come here, to Kompong Phluk, instead – I'd fortunately done some research beforehand. It's here that I felt the aforementioned sense of satisfaction, the reason being that this village still offers the kind of experience you might describe as "off the beaten track"; though for how much longer?

Kompong Phluk is reached by a small road that passes through another village, which is very quiet, peaceful and much more traditionally authentic. When I finally arrived at my destination it was a relief to discover that it is still like Chong Kneas used to be: not concreted over. There is a little local market selling various odds and ends here first, then it's straight to the boats. The trip lasts for an hour and takes you between the houses in the village, which are quite unique in character. Before stepping back on dry land, I stopped to eat at a floating restaurant located just next to the sunken forest (this is not included in the village entry price and has to be paid for separately, so I didn't visit it). 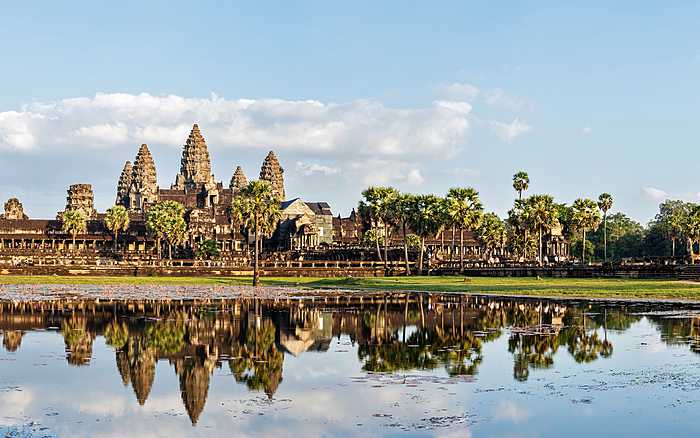 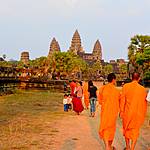 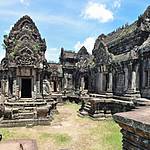 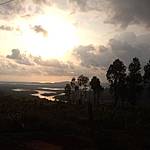 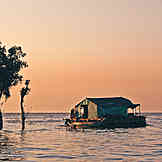 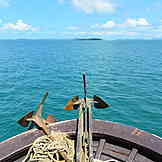 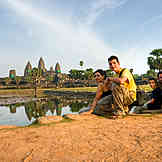