The Westman Islands: lava and puffins

Discover the Westman Islands; they are accessible by plane from Reykjavik or by ferry from Landeyjahöfn. Surrounded by a landscape of lava flow, volcanic rocks and sea, hike to the heart of the island in summer and come across different bird colonies.

Surtsey: one of the newest islands on the planet

The Westman Islands are an archipelago of 18 volcanic islands and islets. Of these 18 islands, only the island of Heimaey is populated. Included in these islands is the island of Surtsey, which is one of the newest islands in the world. In fact, it appeared in 1963 during a volcanic eruption that lasted for 4 years. Since then, its altitude and surface area have reduced due to the effect of erosion from the wind and waves. Over time, Surtsey will eventually disappear. This uninhabited island serves as an open-air laboratory because only a few researchers have the right to go there to study how life has appeared on the island and how it has been colonised by different organisms. In 2008, the island was classified as a UNESCO World Heritage Site. 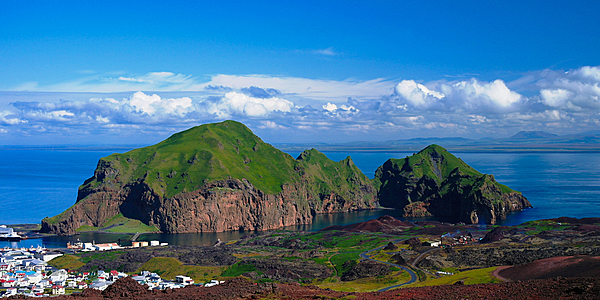 The Westman Islands are volcanic islands. More than 80 volcanoes are present in this system, but the majority of these are submarine volcanoes. One of the hikes you can go on is the one that goes to the summit of the volcano of Eldfell. The hike is quite easy and short. All the same, make sure you take good hiking shoes. The view from the summit is magnificent, what with lava flow, sea, islets and rocks—not to mention the sheep, which will be present everywhere during your stay in Iceland.In 1973, an eruption that lasted for only 4 months covered half of the town in lava. The fishing village was urgently evacuated and there were no deaths reported, but a lot of houses were destroyed or covered in ash. It is possible to visit the old village of Heimaey. Some houses there have a small commemorative plaque and sometimes a drawing showing what it used to look like. The place is definitely interesting, but don't expect to find an Icelandic version of Pompeii! The houses are covered in a thick layer of solidified lava. From time to time, an opening dug in the rock allows you to see inside. It is possible to clearly see the place where the lava flow stopped. 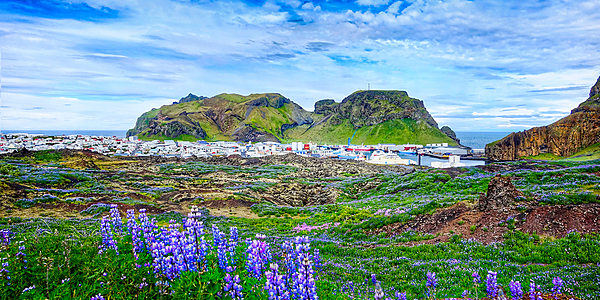 Iceland's largest puffin colony nests on the cliffs between mid-April and mid-August. Every year, the puffin couples find their own holes in the rock. Watching these little black and white birds with colourful beaks is always amusing because they have a clumsy side, especially when they fly away from the sea and have to make several attempts before succeeding. Around 15th August, the puffin families leave the island. The fledglings, when they leave the nest, are attracted by the light. It is customary for children to gather the lost fledglings to take them near the cliff the next day so that they can fly away. Many hunters also come to the island to shoot the puffins, which are on the menu of some restaurants—just like whale, unfortunately.  The Westman Islands are a very beautiful place where you will be able to watch puffins or walk near lava flow. Spending a night there will allow you to fully enjoy the place without rushing. 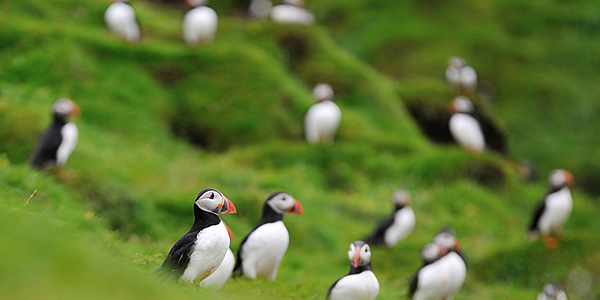