Discovering a country also involves discovering its eating and culinary customs. South Korea is by no means lagging behind, as its cuisine is a real revelation!

During your stay in South Korea, you will often hear people mention the famous kimchi: indeed it represents, all by itself, the one element essential to Korean cuisine. We're talking about extremely spicy cabbage marinated in chilli, and you will find some in every single plate. The same goes for bibimbap; you will find this dish made from vegetables, broth and beef covered with an egg, on the menu of every local restaurant.

Fish is also very much cooked in this country comprising 1,500 miles of coast. Indeed, visitors cannot miss Noryangjin market, the biggest fish market in the country. If you wish to eat as a local, the formula is simple: buy your fish fresh and still alive at the market, then take it to the local restaurant to have it cooked for you! Delightful! 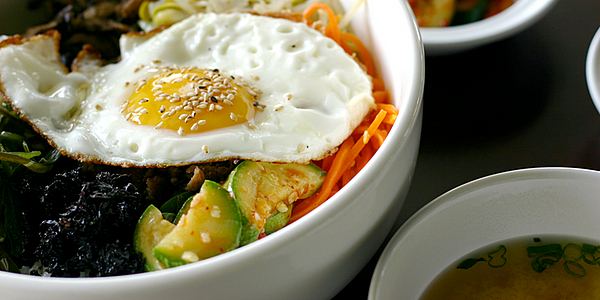 South Korea is not a very big country, but depending on the region, you will notice many differences, especially as regards the local ultimate drink: soju. This is rice spirit whose taste and texture differ from region to region: up North, it is rather pale and liquid, while in the Busan region down South, it is very thick and bitter.

Note also that some regions specialize in producing fruit, and this is rather rare in South Korea where the production of fruit and vegetables is pretty limited as a result of the size of it's territory. As such, you will be able to savour delicious mandarins in the east whereas in the west, you will find numerous turnip and cabbage-based dishes.

©
Republic of Korea
Seoul off the beaten track
More articles