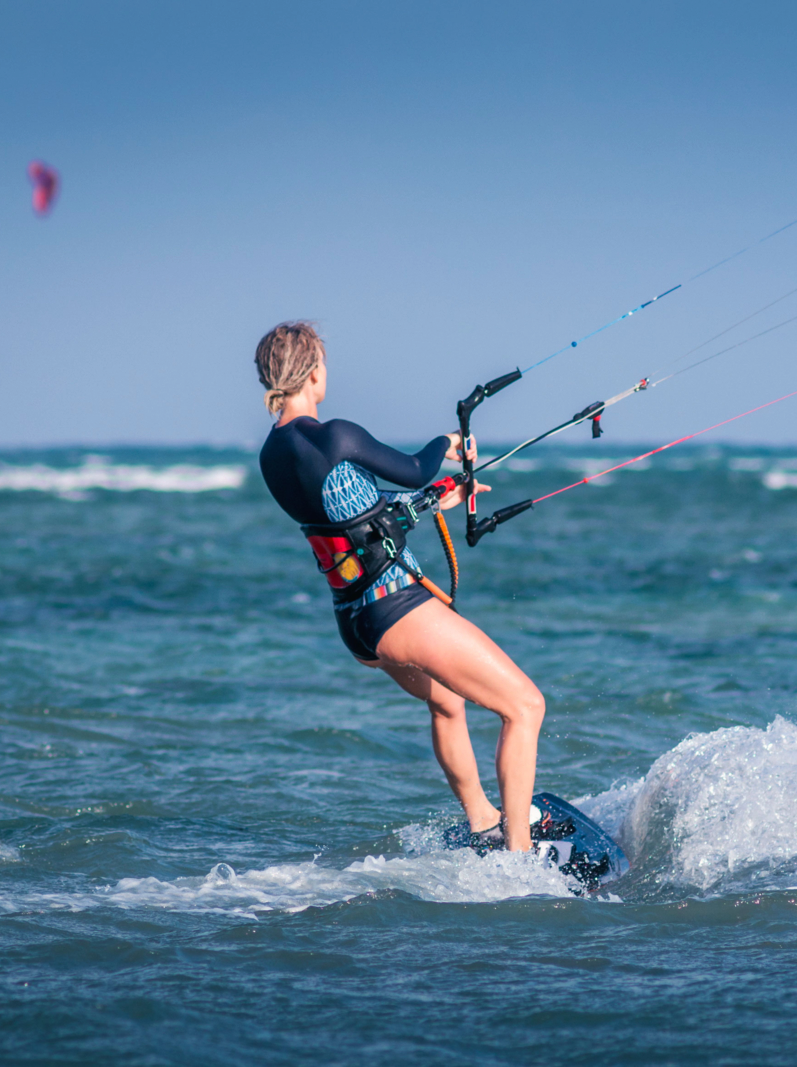 At the southern tip of the country and completely isolated, you'll find the city of Dakhla. A city in the Western Sahara Desert, where men wear turbans and dress in long light blue djellabas.

My suggestion:
In Dakhla, I had my first experience in a hammam. The city is very touristy, so it was a truly authentic experience, and I was the only "white" person in the area. All told, I really liked this Eastern version of a spa.
My review

Coming from Quebec, I've often had the chance to see so-called "ploughs" to remove snow from the roads in winter. For the first time in my life I saw the same vehicle, but this time to remove sand from roads! In fact, in some parts of the city, the dunes move with the wind and given their size, the only way to maintain road conditions is by using these machines!

It was also in Dakhla where I saw a real camel crossing on the motorway! Discovering Morocco by car, you get the chance to stop and talk with the herd owners.

It's a whole other Morocco waiting for me at the southern tip of the country. The cultural difference is so different that some inhabitants of Western Sahara refuse to be associated with Morocco. There is strong national pride, but these topics must be discussed in private under penalty of imprisonment. We had the chance to discuss Western Sahara nationalism with a young local activist. We spoke in English for the whole conversation, so we wouldn't be in danger of the police listening to us!

At the gateway to the Great South, Dakhla is the last place before the Mauritian border.

My suggestion:
The town of Dakhla is ideal for those who enjoysporting holidays: windsurfers and surfers.
My review

On arrival from Agadir by car after driving more than 1,000 kilometres, I expected to see an isolated place, a town at the end of the world at the edge of the desert. But it is nothing like that. Dakhla is lively: residential buildings are springing up like mushrooms, the roads are surfaced and its fishing port is well-known in Morocco.

The town is attracting more and more people, even just for the day: I met tourists from the neighbouring Canaries who had come to spend a few hours in Dakhla in search of the exotic. But despite this influx, the town has not lost any of its charm with its white streets interspersed with arcades.

But the jewel of Dakhla is the Rio de Oro Lagoon. A paradise for migrating birds. The water is magnificent, turquoise blue with a beautiful seabed. Some say that whales and sea lions also come here.