The huge capital of Peru sprung up out the desert. Lima is a noisy town, an easy going place where clouds cover the sky for 8 months of the year.

My suggestion:
Don't just stay in the chic neighbourhoods of Miraflores, Barranco or San Isidro; get out and explore Lima's other side. Hop on a bus or the Metropolitano and head to the north of the city. You'll see neighbourhoods off the tourist trail that reflect the reality of life in Lima.
My review

Lima has a population of around 9 million, making it the largest city in Peru. Mass immigration from rural areas during the 50s led to haphazard building projects on poorly managed land, which explains why Lima was left with chic quarters bordering urban slums.

You just need to take a tour around the city's different neighbourhoods to see a marked rich/poor divide. I live in a neighbourhood called Collique, to the north of Lima, and the contrast between my area and others such as Miraflores is shocking!

Even if it's not my favourite city, it still boasts a rich culture heritage. There are numerous museums well worth a visit during a holiday in Lima. What's more, an outing to see a show in one of Barranco's bars is a lot of fun.

In addition to the city's cultural life, there are plenty of sports to enjoy. Extreme sports fans will be interested to know that you can go surfing or paragliding in Lima. It's my next challenge!

Lima is a capital city that is historic and modern at the same time.

My suggestion:
Don't linger long, the beauty of the country isn't to be found here.
My review

Though it's the capital city, Lima will only be a one, or a maximum two night stop before you set off on your adventure in the magnificent country that is Peru. The cultural and historical treasures are not to be found in the capital. You will find them everywhere you go on your trip to Peru. Lima will be just an appetiser before you escape.

Focus on the centre of the city, which has retained all the charm of the country's colonial past, when Lima was still the economic and political capital of Spanish South America. Here I discovered the Plaza Mayor, a Unesco world heritage site, the cathedral of San Juan Evangelista and the Palacio de Gobierno, where the changing of the guard takes place at 11.45am every day except Sunday. The sights are all quite pleasant. However, the centre remains a place where thefts are common and it's not wise to go out on foot at night. In short Lima is, in my opinion, far from unmissable!

Lima, the capital of Peru, has a population of 10 million and lots going for it! The town is considered in particular as the culinary capital of South America. Advice for fans of good food!

My suggestion:
Venturing out into Lima requires preparation and attention. Don't go in there blind! Choose the district in which you stay very carefully. It doesn't always feel safe everywhere, especially at night... Go for Miraflores or perhaps La Molina.
My review

- The two sides of Lima. Extremes co-exist here, from the richest to the poorest, with no real middle ground, so this becomes a cause of tension. I often came across armed police, in some areas on every street corner. Then again, in the two "rich" areas, high-class restaurants abound (such delicacies), shopping centres grow like weeds and there are bars and nightclubs one after another. This is the place to party!

-The centre of Lima is a Unesco World heritage and, in my opinion, is worth seeing. It's very colourful. It's also called "the City of Kings' which means.... Its architectural wealth dates back to the colonial empire of the 20th century, which some visitors will find delightful. Not to be missed during a trip to Peru.

The climate is a little unusual... A thick fog covers the town at some times of year, transforming the ocean into a an endless grey cloud and making everything look somewhat sad. Don't hesitate to try to lift your spirits in a good restaurant - you won't be disappointed. In Lima you can find all types of food, from every culture and every country. In this respect it's very good indeed. I ate the best sushi of my life over there...it makes a change from ceviche! 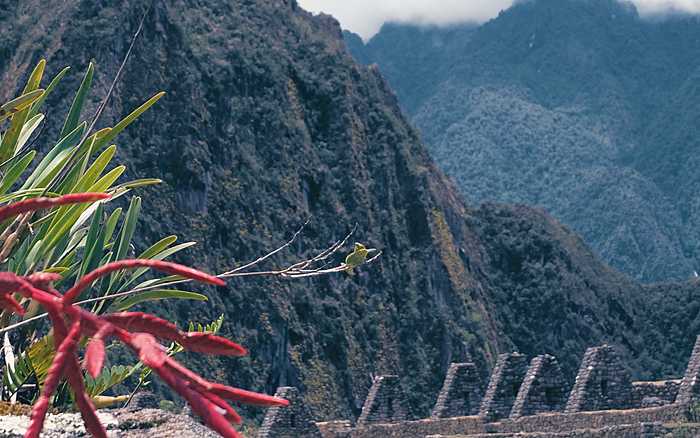 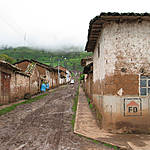 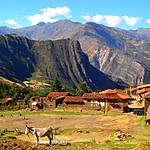 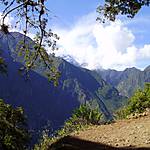