Ubud is the cultural and artistic capital of Bali.

My suggestion:
Leave the town centre and take the time to lose yourself in the middle of the paddy fields!
My review

Ubud is a must-see stopping place. It is there that I was able to learn more about Balinese traditions and culture.

I began my stay in Ubud with a walk through the paddy fields. I spent an entire afternoon there, marvelling over the vastness of these bright green landscapes and getting lost while following random paths. A breath of fresh air and an experience off the beaten track! (Provided that you choose your route well...)

You should also visit the Ubud Monkey Forest: a natural reserve and complex of temples where I walked among many species of monkeys, which are at times playful and at other times thieving.

As for the town centre, it is full of galleries and schools for dance, yoga, painting and sculpture. One thing is certain: you will not get bored in Ubud!

Ubud is a small town in the centre of Bali that is famous for its special, zen, atmosphere, and where you'll find lots of cafes, restaurants and art galleries, and everything that forms part of Balinese culture.

My suggestion:
This may seem a stupid thing to say but, because Bali in general, and Ubud in particular, are very touristy, you should book your hotel before you get there.
My review
I visited Ubud just after staying in Java, a neighbouring island. And I have to say the contrast was very marked. Java is peaceful and sensual, Ubudis the opposite. It started as soon as I arrived; I had to try several places before I got a hotel.

But Ubuddoes have some charms, it's ideal if you want to relax a bit during your trip to Indonesia. Religion, which is much practiced in Bali, is omnipresent in the streets of Ubud - little offering altars on the roofs, the immaculate white clothes of the locals, and the sarongs, make it impossible for you to forget where you are.

I strolled around the market and accepted an invitation to see a traditional dance show that evening, which I would enjoy after a meal looking at the superb view of Pura Saraswati, behind Cafe Lotus.

As Ubud is in the heart of the Island of Gods, there are lots of things to visit in the area, beginning with the popular monkey forest, which I didn't go to as I preferred walking through the rice paddies and visiting temples like Tirta Empul at Gunung Kawi.

Ubud is a really lovely town in the centre of Bali island of which it is said to be the cultural and artistic hub.

My suggestion:
Go and watch a traditional Balinese dance performance, there is one every evening, this is the thing to do in Ubud and it is really impressive!
My review

While in Bali, I made an old dream of renting a house in the middle of rice paddies come true. I did this in Ubud, in the magnificent rice paddies surrounding the town, my favourite place of all in Bali. Ubud is a town with gorgeous architecture, each house has a small altar in the garden and the small town looks like one gigantic temple. If the main streets are often congested with tourists, the many little side streets allow you to lose yourself in the twists and turns of the town.

Ubud shelters a reserve , the monkey forest, in which many primates wander about in the midst of temples, climbing on you without a moment's hesitation if you brush past them, so mind your cameras! I suggest you also go and see, a little way from the town centre, Goa Gajah temple, cave dedicated to the god Ganesh and whose facade is superbly sculpted. A must-see town on your Bali itinerary . 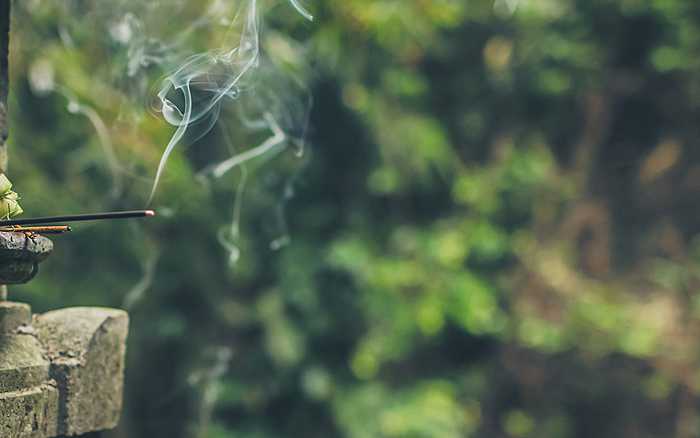 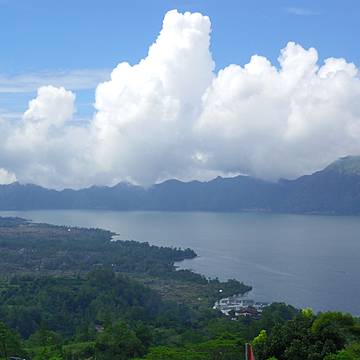 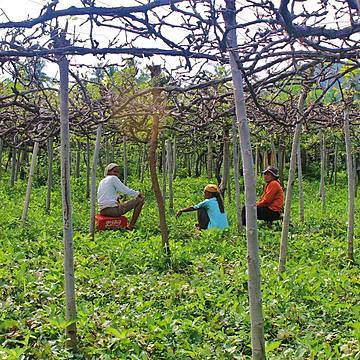 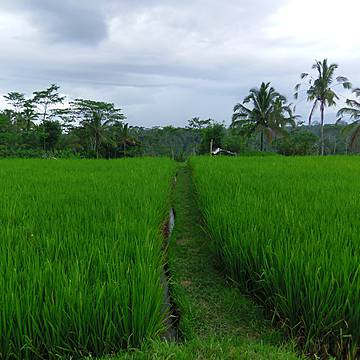