Cape Tribulation and its surroundings

Visiting this region shows you a completely different side of Australia. I think Cape Tribulation and its surroundings are both exotic and impressive and 100% natural.

Cape Tribulation is a small village whose few streets are surrounded by the luxuriant tropical forest of Daintree. During an aimless walk I found two immense white sand beaches - Myall and Cape Trib - both deserted. The only things disturbing these grand stretches of sand are the mangroves, whose roots rise out of the sand, almost as tall are you are, and very beautiful. You feel very alone but you aren't really: so when you get the urge to dig down to understand where these roots come from and how they grow, be careful and check first before you linger, because there are often crocodiles around.

There are usually bottles of vinegar where you go on to the beaches because, like everywhere in the northern part of the country, there are jellyfish in the water from November to May and their stings can be fatal.

Because of the rich biodiversity there are boat trips to observe the crocodiles, birds, and snakes in their natural habitat. I recommend these sorts of excursions because it's complicated to see these impressive animals safely otherwise. 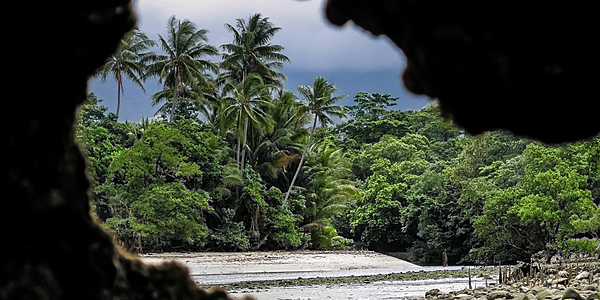 Daintree National Park is a must see in the north western region.

On the way to Daintree you will see yellow signs announcing emus and cassowaries. Both are types of birds, but the cassowaries are an endangered species and very difficult to catch sight of. A clue? They have blue heads and red necks. Even if it isn't particularly impressive to look at, it will be great to be able to say that a cassowary ran in front of you on the road on the way to Cape Tribulation.

About 15 kilometres from Cape Tribulation, in the middle of the Daintree Cape Tribulation National Park, is the immense Daintree rain forest, a UNESCO World Heritage site,that is 130,000 million years old. During the rainy season, watching the rainstorms falling on the luxuriant vegetation is magnificent. The loud noise of the rain accompanied by the frogs croaking is a magnificent spectacle, but it's still better to visit the region in the dry season, between March and November. The numerous walking trails make it easy to explore the region. The nature is beautiful and incredibly diversified. In Daintree forest don't miss Thornton Peak, Mt. Sorow and Alexandra Lookout - something you must include on your trip around Australia. 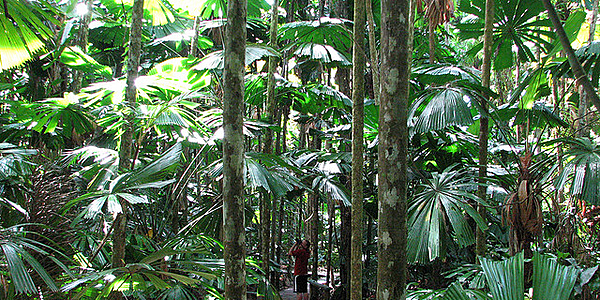 You should allow three or four days to explore Cape Tribulation and its surroundings, because it's a region that merits a thorough visit. It's also a popular point of departure for day trips to Cairns and Port Douglas.