3 / 5 - 2 reviews
How to get there
80 kilometres from Tbilisi by bus
When to go
All year round, though it's more pleasant in summer
Minimum stay
One day

Gori is a small city in Georgia lying 80 kilometres west of the capital, Tbilisi. It is the birthplace of Joseph Stalin.

My suggestion:
When you visit Gori, spend an afternoon at the cave town of Uplistsikhe, which lies around 20 minutes from the city by minibus.
My review

Gori, a richly historic city, fell back under Russian control for a period of around ten days back in 2008. Though the situation is today stable, the Georgian people remain strongly affected by this turbulent past.

One of the places I went to visit was the Joseph Stalin Museum, the city's "star" attraction. I came out very disappointed however: the atmosphere inside felt oppressive to me. It was like being in a museum dedicated to a personality cult, with very little information about Stalin's crimes included in the exhibitions. There was no real mention of the Ukrainian Famine or the Great Terror of 1937, and even less of the Gulag camps. All the information on display was in Georgian and Russian, with nothing translated into English; yet you still have to pay around £6 to get in.

To get some great views out over Gori, I recommend visiting the fortress located in the middle of the city.

Situated in the heart of the country, Gori is famous for being the birthplace of Georgia's most famous man: Joseph Stalin.

My suggestion:
At only 30km from South Ossetia, Gori was deeply affected by the 2008 conflict, when it was bombed by Russia and saw much of its population flee into exile. It's a sensitive topic, as you can well imagine.
My review

It was weird walking around the town of Gori, where everything seems to be named after Stalin - Stalin Square, Stalin Avenue, Stalin's statue, Stalin Museum...He was one of the 20th Century's most infamous dictators, who seems to have reached superstar status here. I suppose it makes sense, considering that Gori was Stalin's birthplace and, being such a controversial historical figure, this association has created a highly lucrative tourist attraction.

Gori's famous homegrown boy aside, this little town is actually very pleasant and close to some fascinating, historical sites including Uplistsikhe, one of the oldest towns in Georgia and former Silk Road staging post. 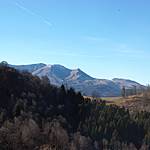 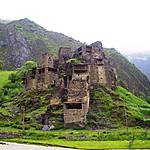 Chatili
See more
Experience added!
You can add more experiences to your trip itinerary before sending it to a local agency
View my trip itinerary