What to put in your suitcase when travelling in USA

From East to West USA, not including Hawaii and Alaska, the country's unparalleled climate diversity is obvious. It's an aspect of the country that you'll need to take into account when preparing the perfect suitcase. Here are the major regions and the climates to expect:

In the North East, in the region of Boston, New York and Washington, the temperate and Atlantic climate cause harsh winters but relatively hot and humid summers. In the Midwest, in Chicago and in the Great Lakes region, there isn't really a spring or an autumn. Instead, there are long, cold winters and very hot and dry summers, and the transition from one to another happens in just a few weeks, sometimes in just a few days. Fleeces and tights in the winter, and light clothing in the summer.

Along the Pacific Coast, from Seattle to San Francisco, the oceanic climate causes lots of rain and frequently low temperatures. Many tourists who, like me, imagined Northern California to be very sunny, yet found themselves shivering on the Golden Gate Bridge. San Francisco's micro climate, often cold and rainy, has plenty of surprises in store. You'll therefore need something to keep you covered up as well as a waterproof windbreaker.

From Southern California to Texas, the climate is hot and dry most of the year In National Parks like the Grand Canyon, get ready to enter a giant hairdryer which will quickly suffocate you. You should therefore take very light clothing and something to protect yourself from the sun. In Yosemite, however, although located near to a desert region, it's at altitude. So it can get quite cold, just like in certain parks in Colorado which, despite its geographical location, is divided by the Rocky Mountains. Little fleeces and jackets will be your friends.

In the South West, in New Orleans and in Florida, the summers are hot but very humid because of the subtropical climate. In the South in general, take some sunglasses and some water-resistant sun cream, as you'll be sweating a lot! We would advise you to take a kit for insect stings and snake bites, essential for any adventurous types who enjoy wild holidays.

Hawaii has a hot and humid tropical climate in the winter but is relatively dry in the summer. Temperatures don't vary much during the year and they're always above 20 degrees. There's no need to bring your jumpers!

Whatever happens, except in "remote" areas like Hawaii and the National Parks, you'll always find a way to supply yourself with clothes and accessories. Lower prices due to tax differences encourage you to buy things while you're out there particularly if you don't take much luggage.

In general, take fauna-observing equipment if you're planning excursions in the National Parks. Take some medication too because medical appointments and pharmacy costs can be quite high and reimbursement depends on your mutual insurance company. However, keep any packaging and prescriptions for customs. Your passport is essential of course, as are electrical adaptors for your cameras and phones.

In short, here are the essentials for the perfect suitcase. It's down to you to include clothing which is appropriate to the season you're going in and the region you're going to. 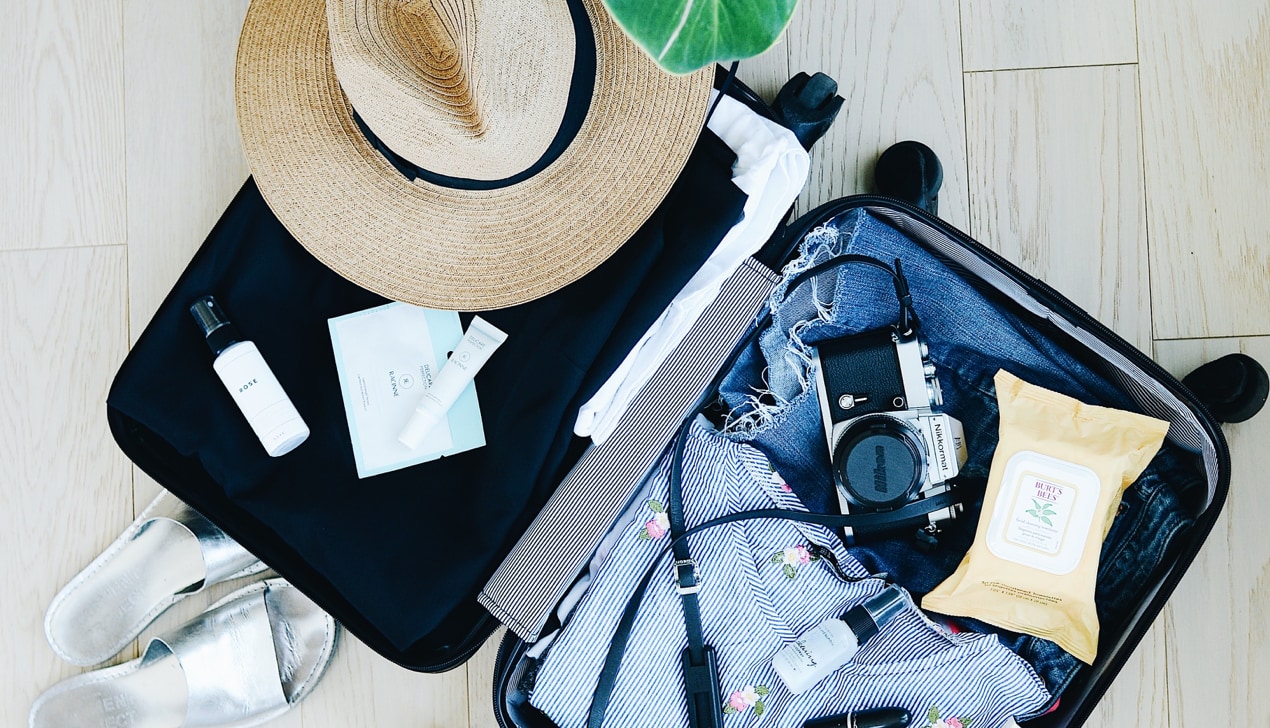 Experience added!
You can add more experiences to your trip itinerary before sending it to a local agency
View my trip itinerary
Download the checklist