Sepilok's in the heart of nature. One of its main attractions is the orangutan conservation and rehabilitation centre, orangutans being one of two monkey species native to Borneo.

My suggestion:
In addition to the orangutan centre, which you must visit if you've not been to the one in Kunchung near Sepilok, there's also the proboscis monkey reserve at Labuk Bay. A must-see during your trip to Malaysia.
My review

At Sepilok you can, of course, have a wander around the botanical garden and admire, as I did, squirrels, flying lemurs and a host of other unusual animals, both cute or not. If you've come during the daytime, why not stay for the night? It's even more fun.

But whatever you do, don't miss out Labuk Bay. The monkeys are hysterical...the females have trumpet-shaped noses that aren't as large as the males, for whom the longer the better if they want to secure a mate! Another seduction technique is their grimace. There's nothing better than showing your teeth or puckering your lips if you're a male monkey wanting to seduce a nice pot-bellied female (note: the pot belly is due to excess wind...charming!). With their wonderful orange fur and long straight tails, these are the famously weird-looking proboscis monkeys.

They're enchanting to observe, whether they're pinching bits of food from each other, having a mutual family groom, flirting by showing their teeth or watching over their babies; little ones are not allowed to stray until they've grown up, no matter how much they squirm or try to pull the wool over their mother's eyes!

Sadly, this native species is endangered, as deforestation is ruining their natural habitat. Human beings are a threat to their existence! There's nothing better than seeing it for yourself in the hope that these monkeys will once again thrive. I can assure you, you'll no longer want to use certain oils once you've been to Borneo; its incredible wildlife and nature need to be protected, not destroyed.

Sepilok is an orang-utan rehabilitation centre located in the Malaysian state of Sabah, on the island of Borneo. For some it's an essential place to visit. For others it's somewhere to avoid.

My suggestion:
It's best to come here early in the morning so you get the chance to go on two orang-utan watching trips over the course of the day. And take a picnic with you: everything here is designed to extract money from tourists.
My review

Sepilok,15 kilometres from Sandakan , is a rehabilitation centre for orang-utans: a protected species in Malaysia. I felt more ripped off here than anywhere else I visited during my trip to Asia. Yes, it's great seeing the orang-utans in the forest. Yes, it's brilliant watching them climbing and swinging from creeper to creeper. But it's a big "no" to the overcharging on the bus just because it has air-conditioning. And it's also a big "no" to the double rates charged to tourists and to the camera tax … and all this for what? To spend twenty minutes looking at three orangutans together with tens of other tourists (and screaming kids) who jostle and push you in order to get a better look at the animals!

And that's without mentioning the fact that in between the two "tours" you find yourself stuck at the site for more than four hours, which means you end up going across the road to the sun bear reserve, and once again you have to pay an entry fee and all the rest.

The good thing about the visit: the orang-utans are impressive to see.

The bad thing about the visit: the video you watch about the rehabilitation centre before heading off to see the orang-utans 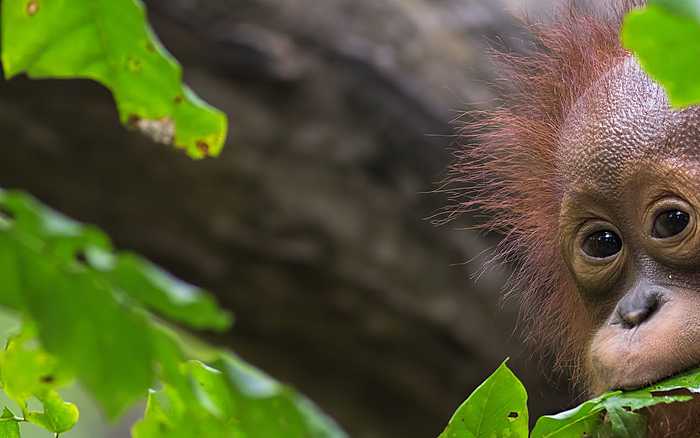 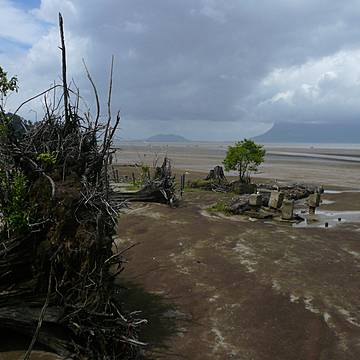 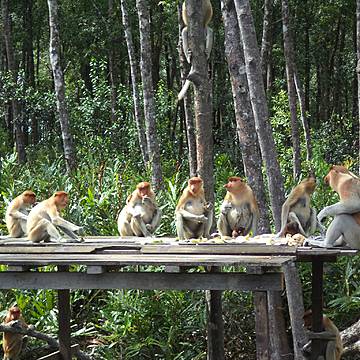 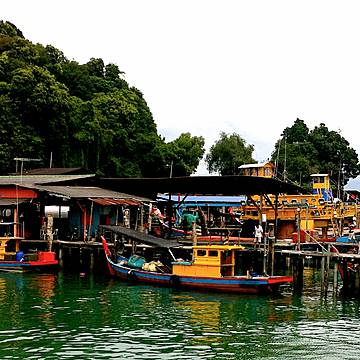 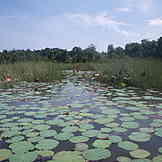 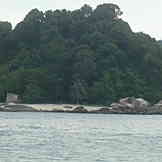