7 reasons to travel to USA

The United States is a paradoxical country. State of the art cities border wild landscapes that you can explore with a rucksack and tent on your back. During a trip to the United States you'll move from town to canyon to beach to lake. Here are 7 reasons why you should visit the United States.

Get into the groove at Chicago's New Orleans Festival.

Music and partying form the life and soul of many larger cities. New York, the city that never sleeps, is packed with bars, concert halls and shows that open their doors every evening. In Chicago, celebrating blues is a time old tradition, whereas New Orleans hosts jazz and street festivals that will plunge you into a party atmosphere. Even Austin, in the heart of Texas, has a buzzing music scene. If you're a night owl, then the US is the place for you!

Explore beautiful landscapes that will take your breath away

Whether you grew up watching Westerns or buried your nose in American novels, the staggering scenery in the United States' national parks is reason enough to go. Designed and developed to attract visitors, these legendary American parks are part and parcel of the country's identity. They certainly live up to their reputation - you'll be blown away as you tour the Yosemite, Yellowstone, Smoky Mountains or, to the south east, the Everglades. These are well preserved savage paradises where, with binoculars in hand, you'll spot a wealth of fascinating wildlife.

Discover the melting pot that is America

The United State's diversity is a fundamental part of its cultural wealth. Most larger towns will have a Chinese quarter, a Mexican influence is prominent in southern towns (such as the Mission in San Francisco), whilst New Orleans has a European feel thanks to its French heritage. As you roam from one district to the other, you'll feel like you're changing countries, be it the cultural aspect, the food or the residents who keep their roots alive. Native American culture dominates some national parks, still alive and kicking despite a difficult past; Monument Valley in the Navajo territory or Mesa Verde are two well-known examples.

Go on an adventure and push your boundaries to the limit

Thanks to its size and protected natural landscapes, the United States is an adventurer's dream. Armed with a rucksack and tent, you'll be able to get away from the masses and lose yourself in in its mind-boggling scenery. The trails in the Yosemite, for example, are perfect for long hikes and camping is allowed. A less arduous but equally liberating option, is a road trip up the Pacific Coast. So no need to book a hotel; camping out in the wild is a popular pastime and an adventure in itself.

The United States' literary tradition is like no other, being inspired by its lands, nature and towns Its literature has created a national identity, not least thanks to its inspiring beauty and grandeur. Head to a national park, look across the horizon, breathe in the atmosphere and imagine you're Henry Miller, holed up in Big Sur, creating his latest masterpiece.

Americans are generally really friendly and you'll find they're more than often happy to take you in or offer you a meal. Friendships may be more casual than in the UK, but their generosity is not based on them having forged a close tie with visitors. Northerners have the reputation of being more welcoming than southerners, but that's based on stereotypes. Being open-minded is a positive characteristic and will only be of benefit to the intrepid traveller.

Unfortunately bad press sticks and Americans do sometimes suffer from a level of prejudice. But this is unfair and you'll find a people who are interested in other cultures and far more broad-minded than you might expect. American towns are one such surprising example, thanks to their cultural diversity; Mexican, European, Creole and Asian vibes blend together to create the holiday of a lifetime. Keep your mind and expectations open and discover a land that has much more to offer than the deceptive, plastic fantastic Hollywood images that often grace our screens.
Holidays USA
Claire Perrin 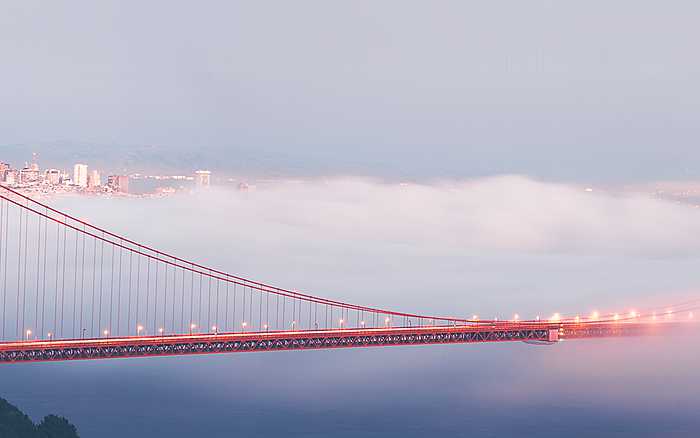