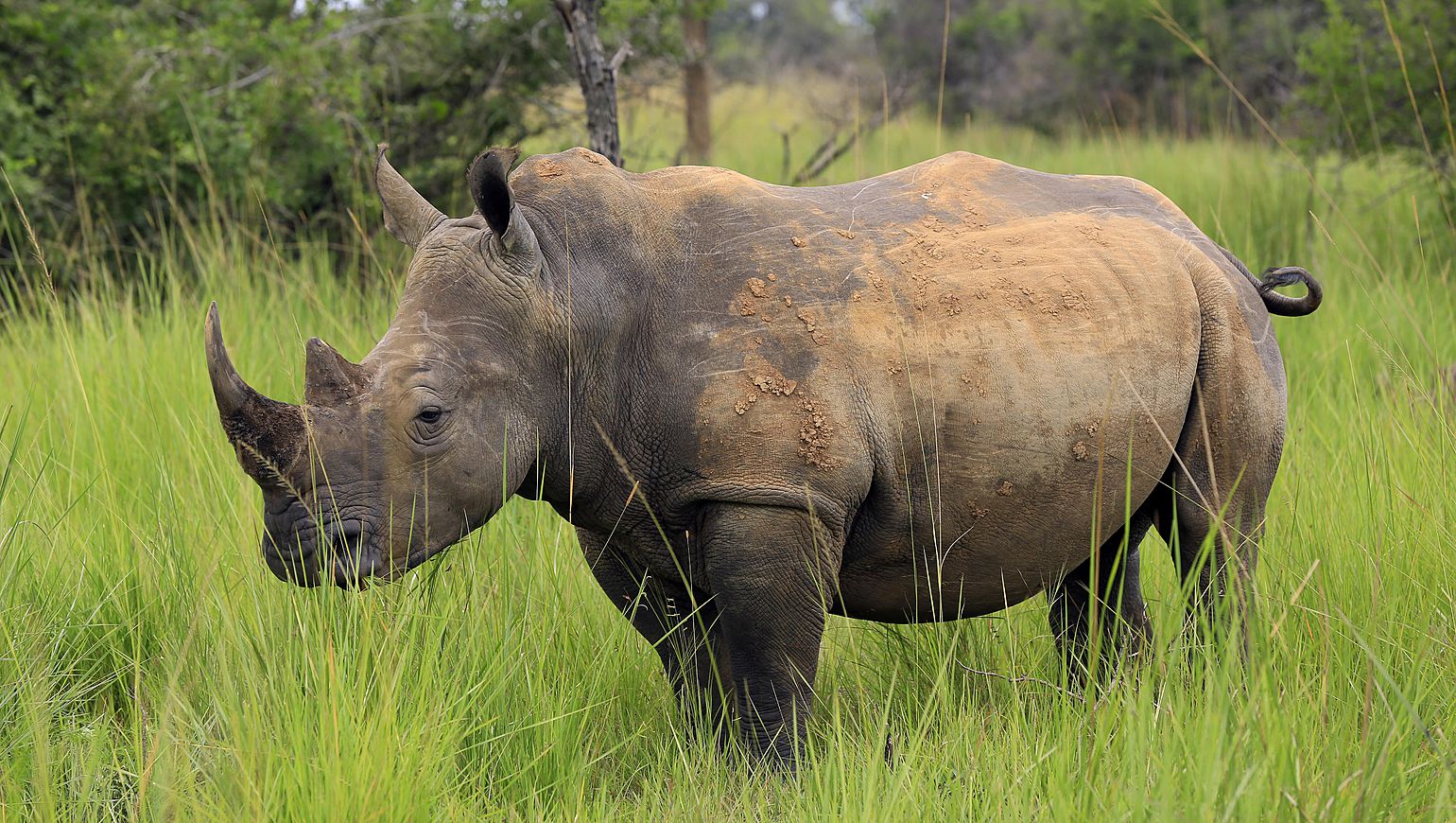 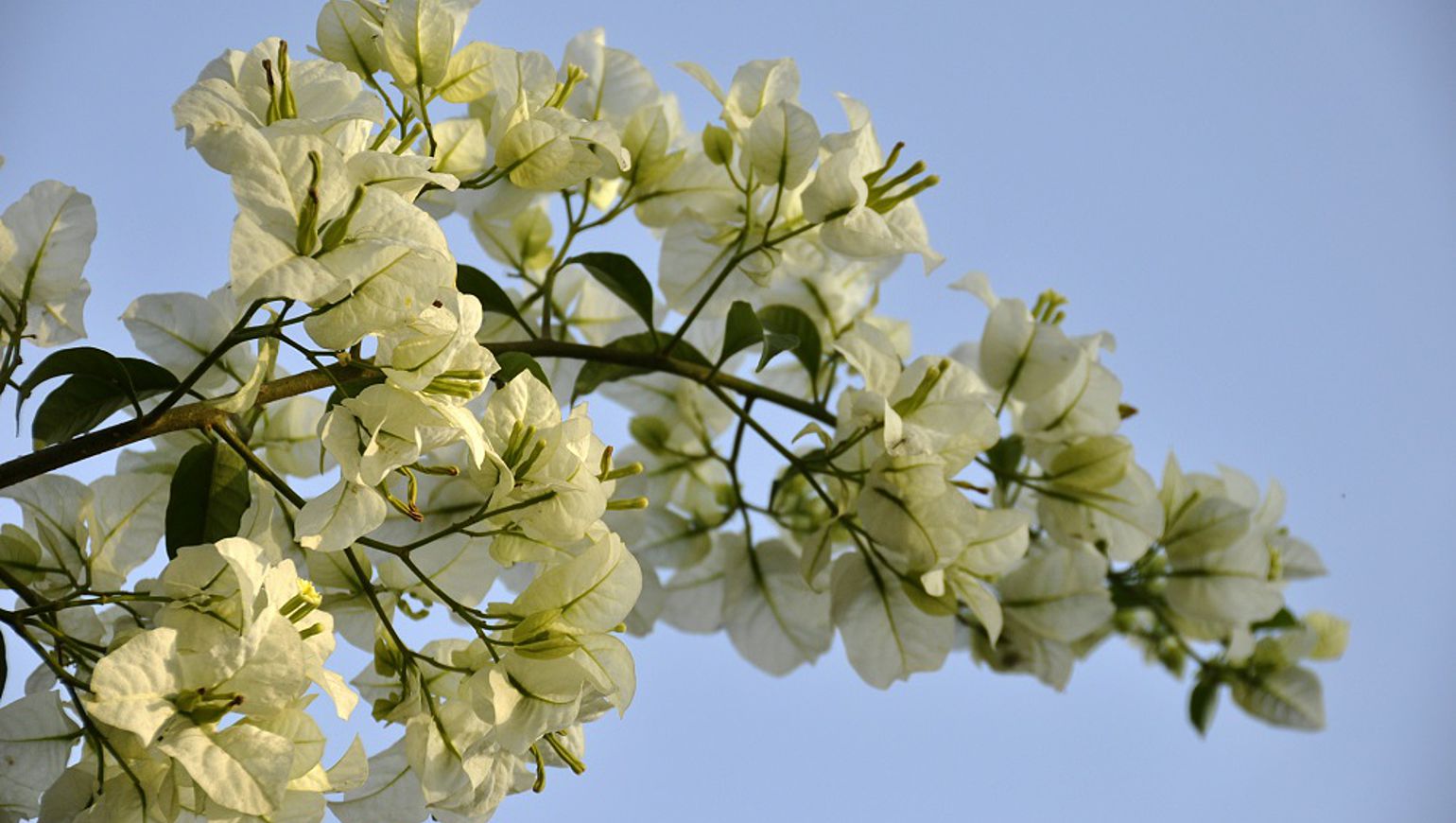 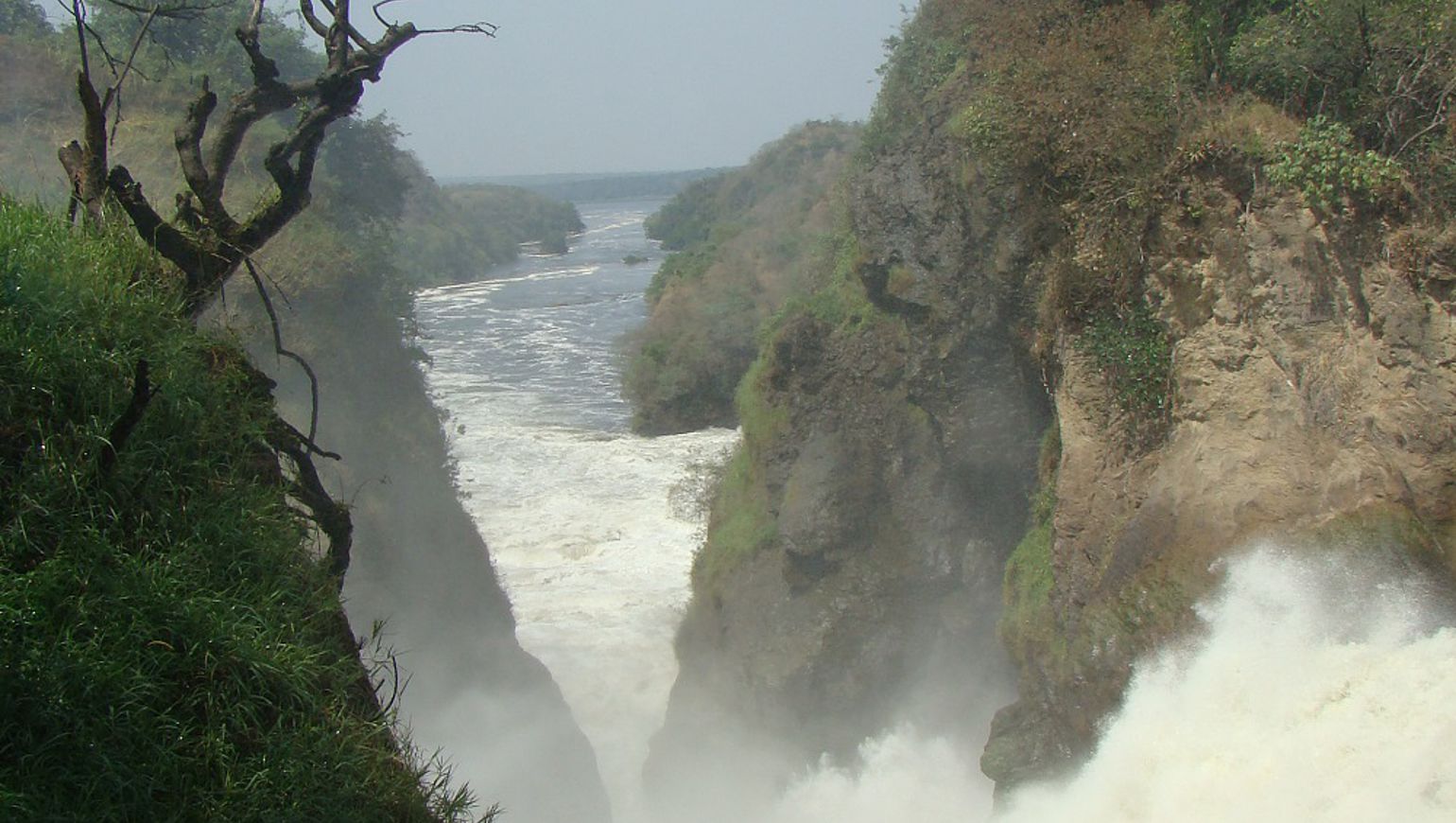 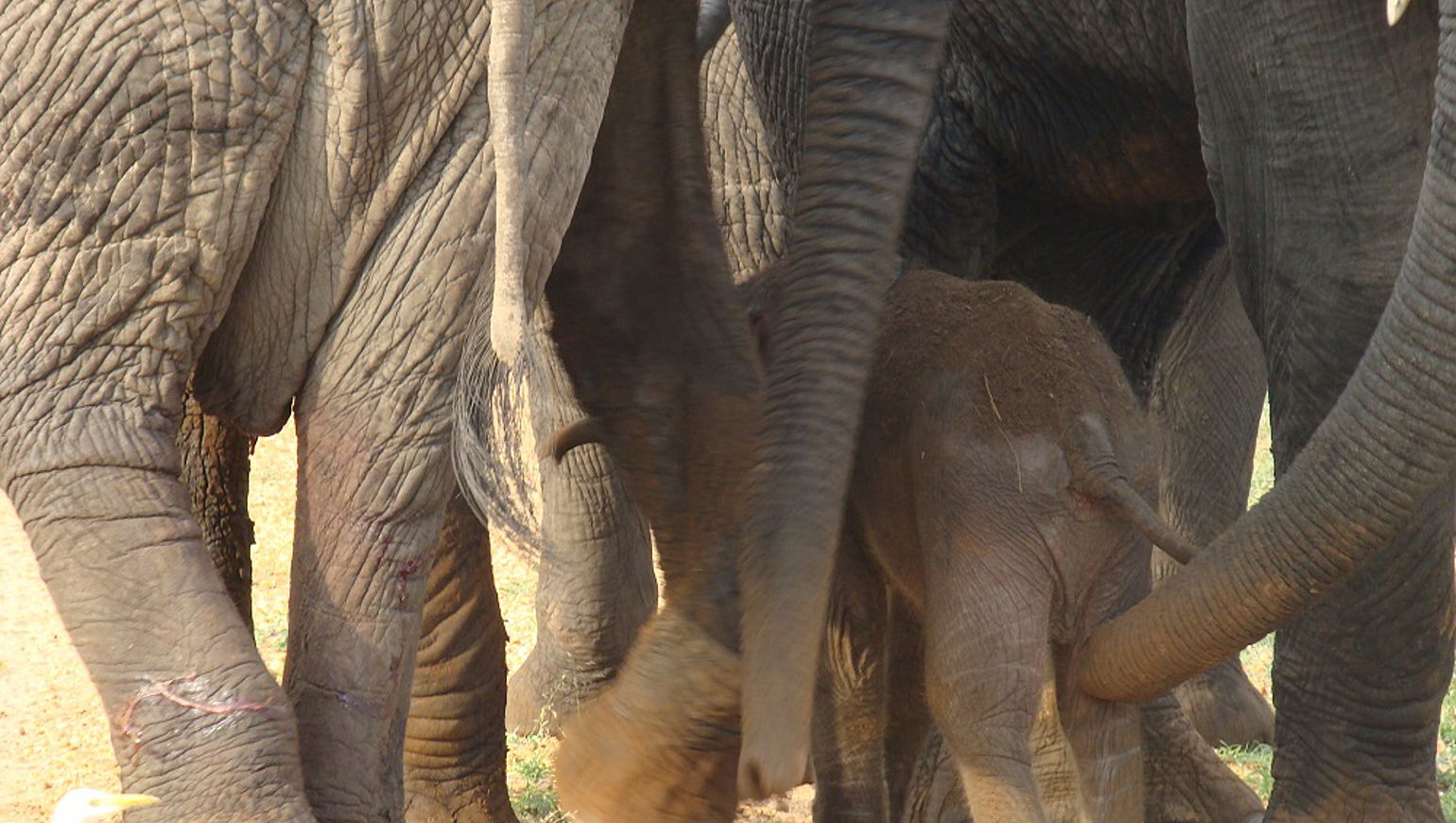 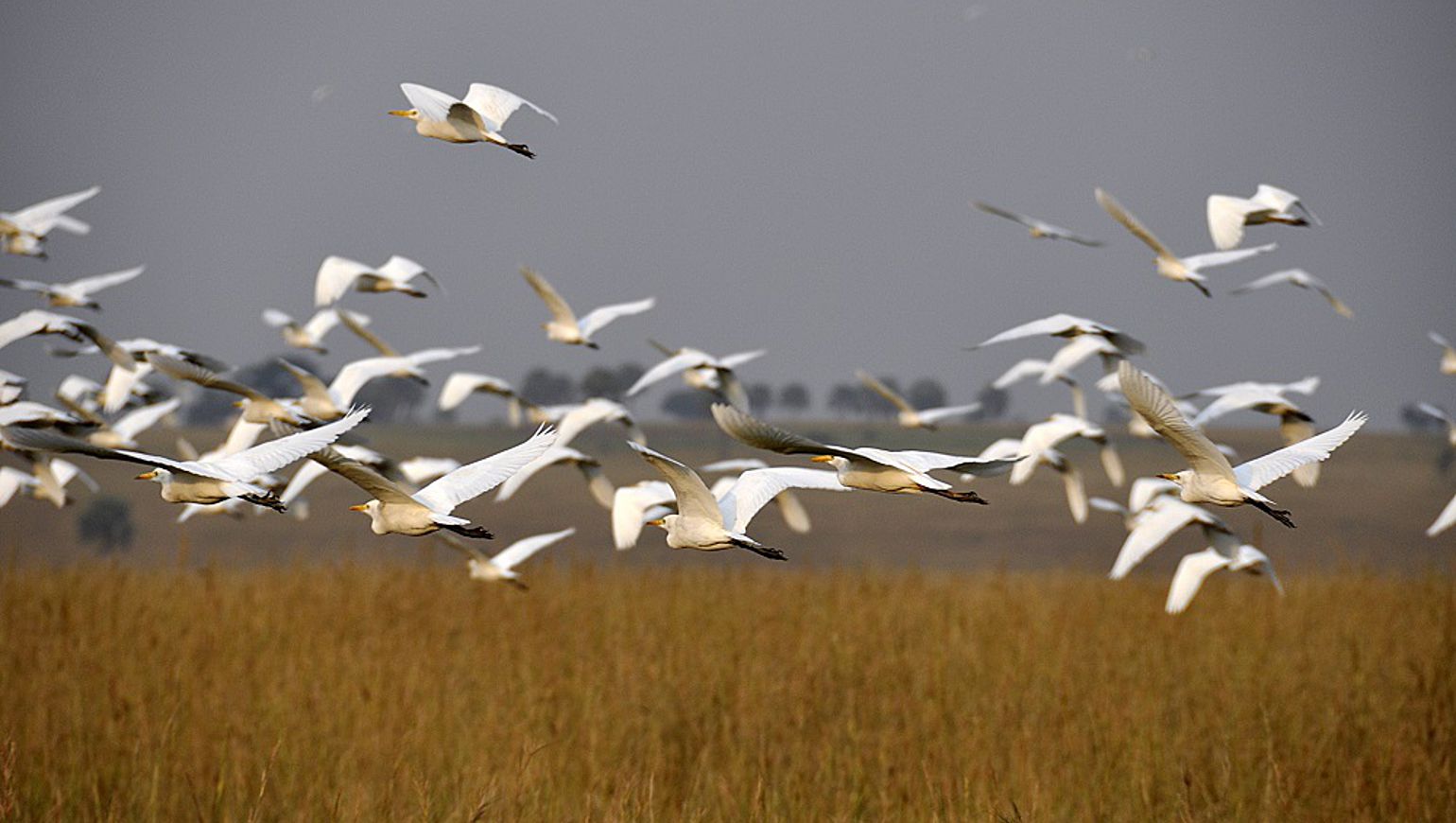 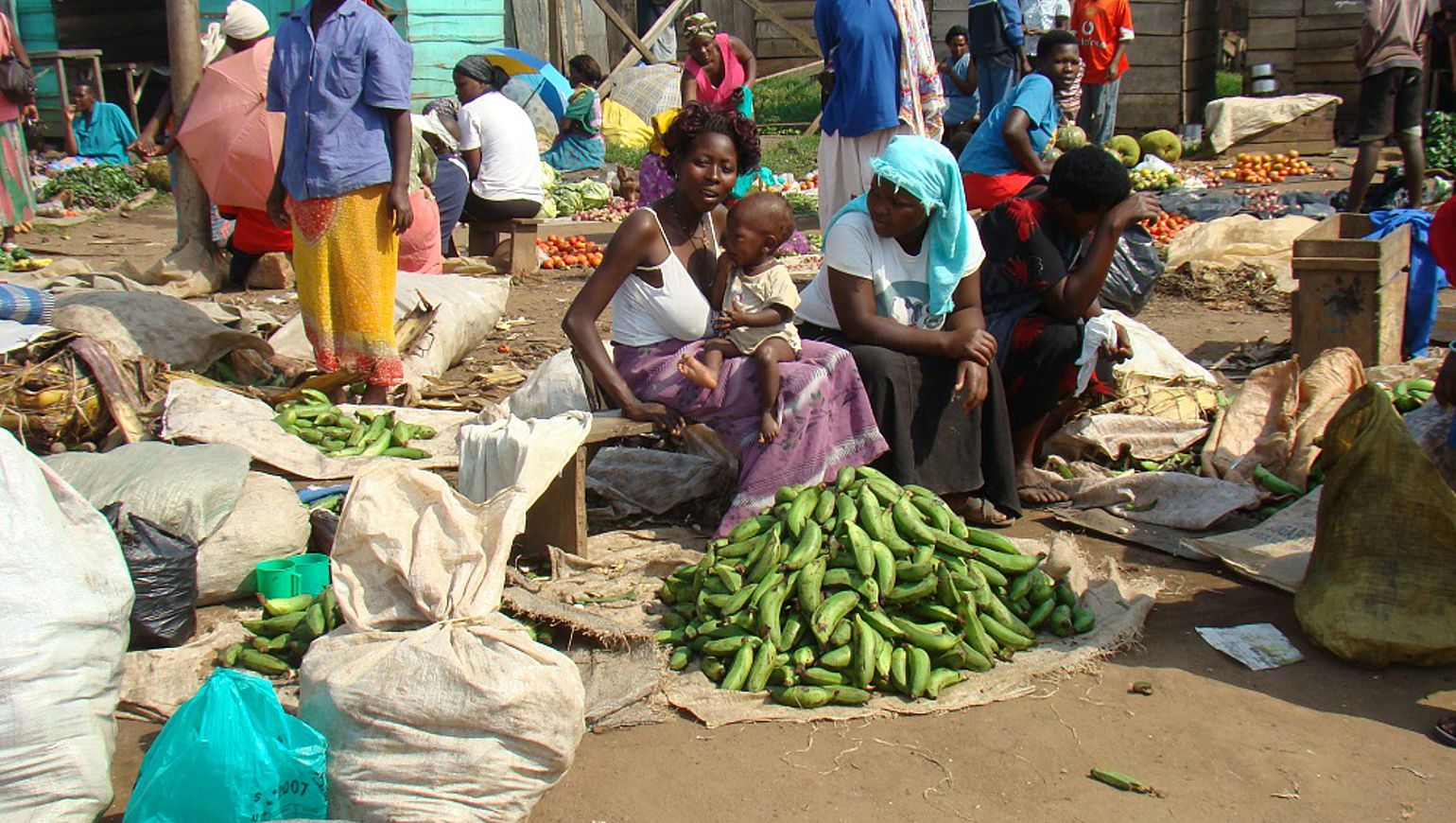 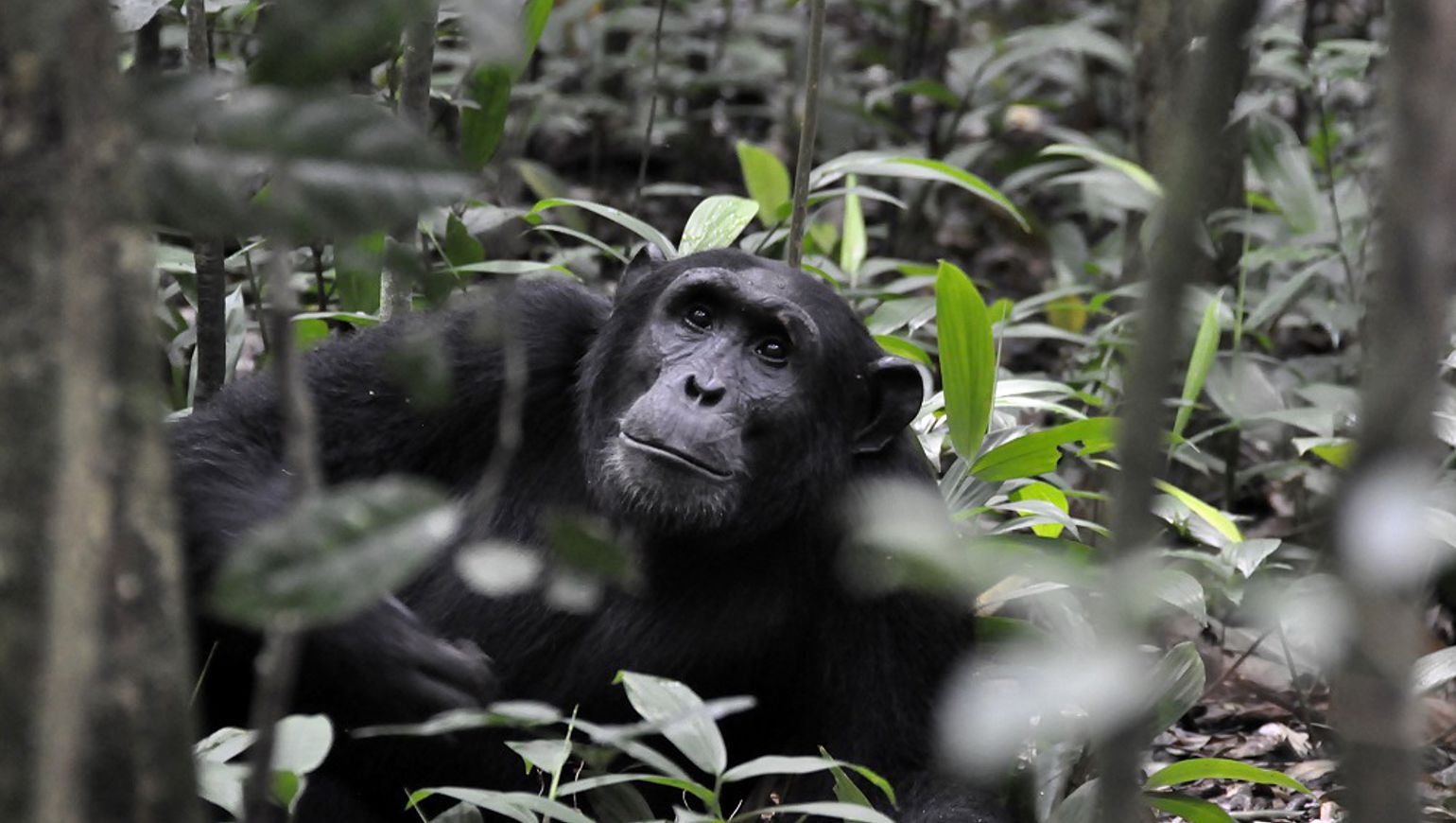 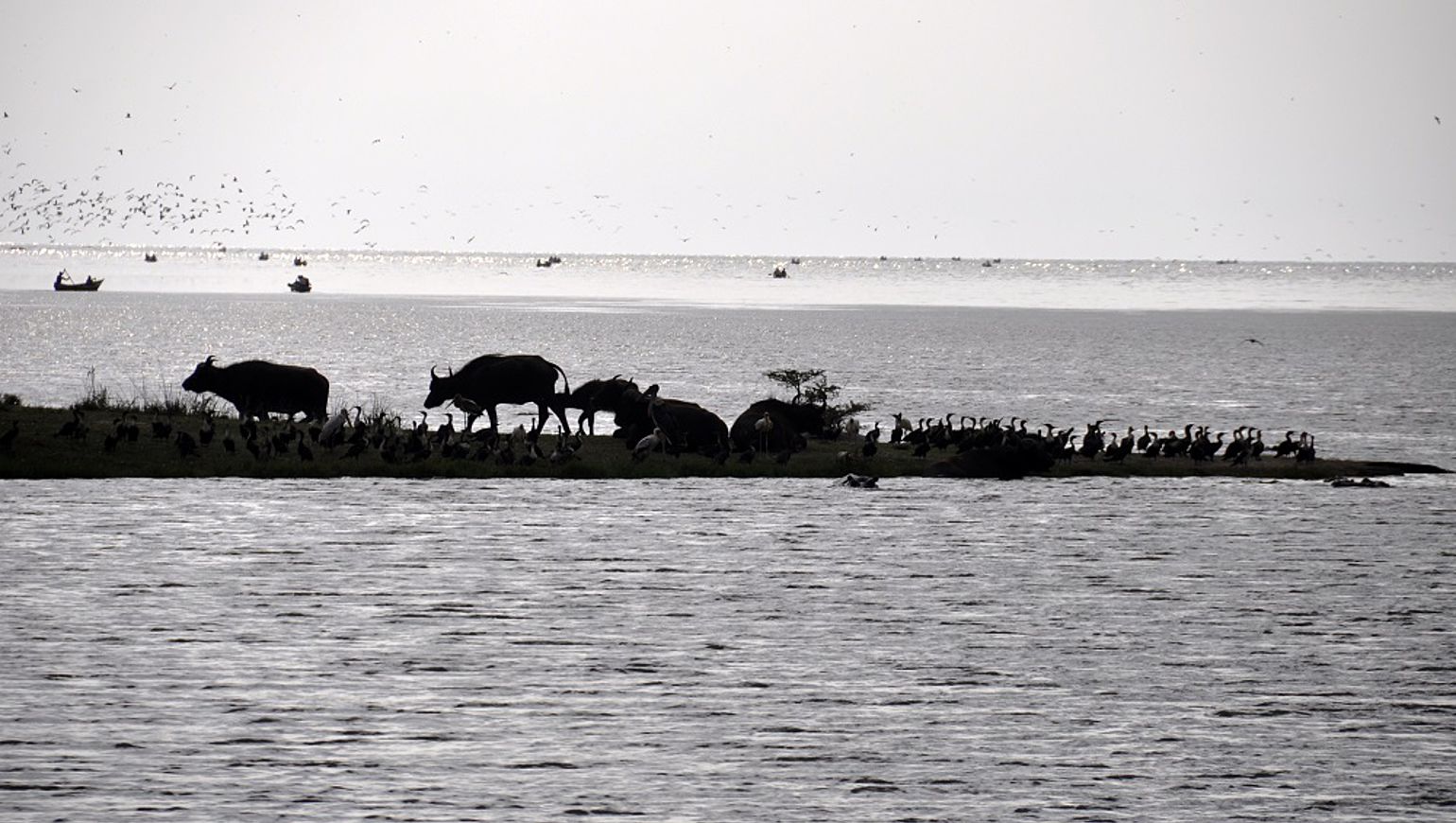 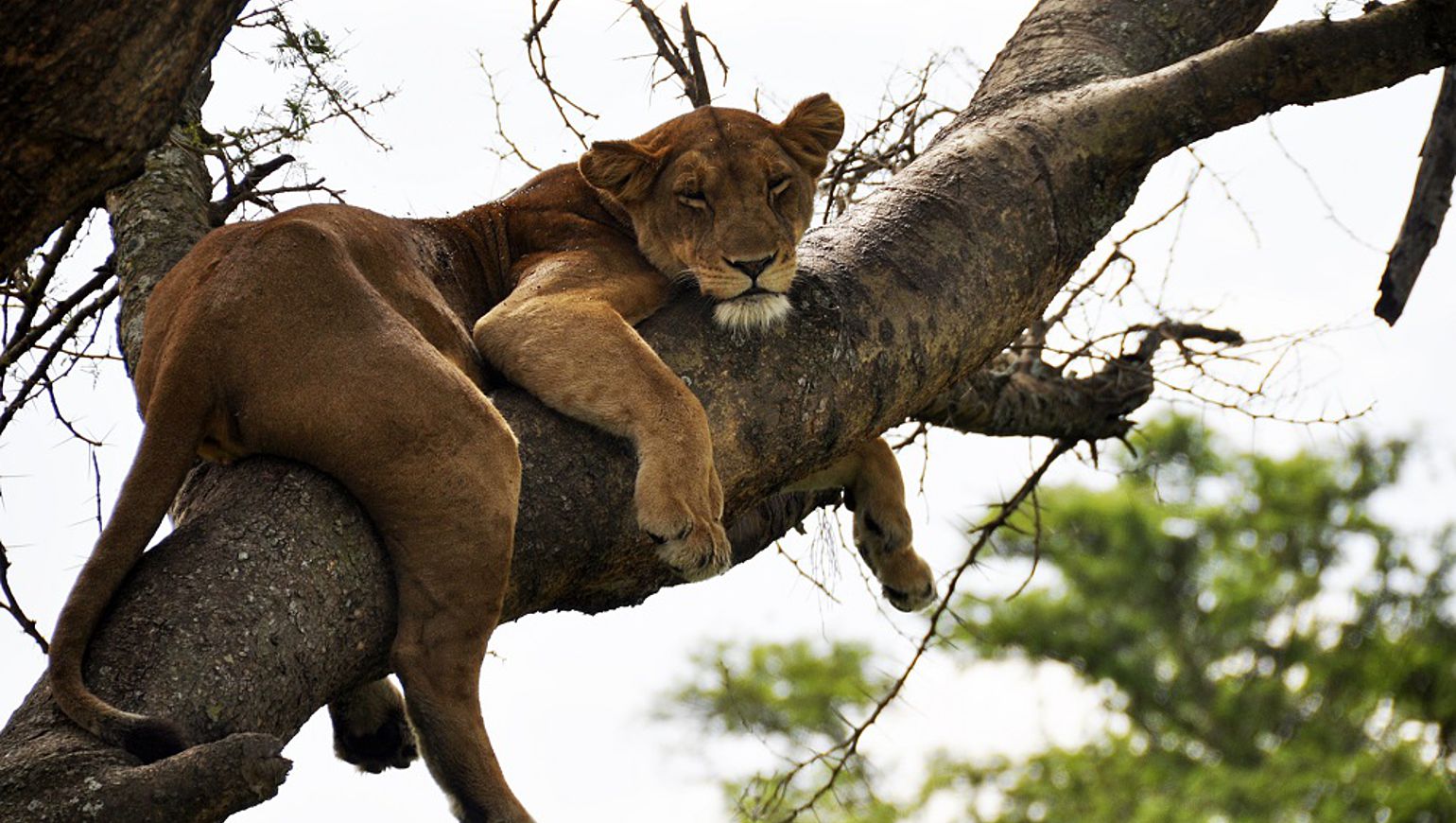 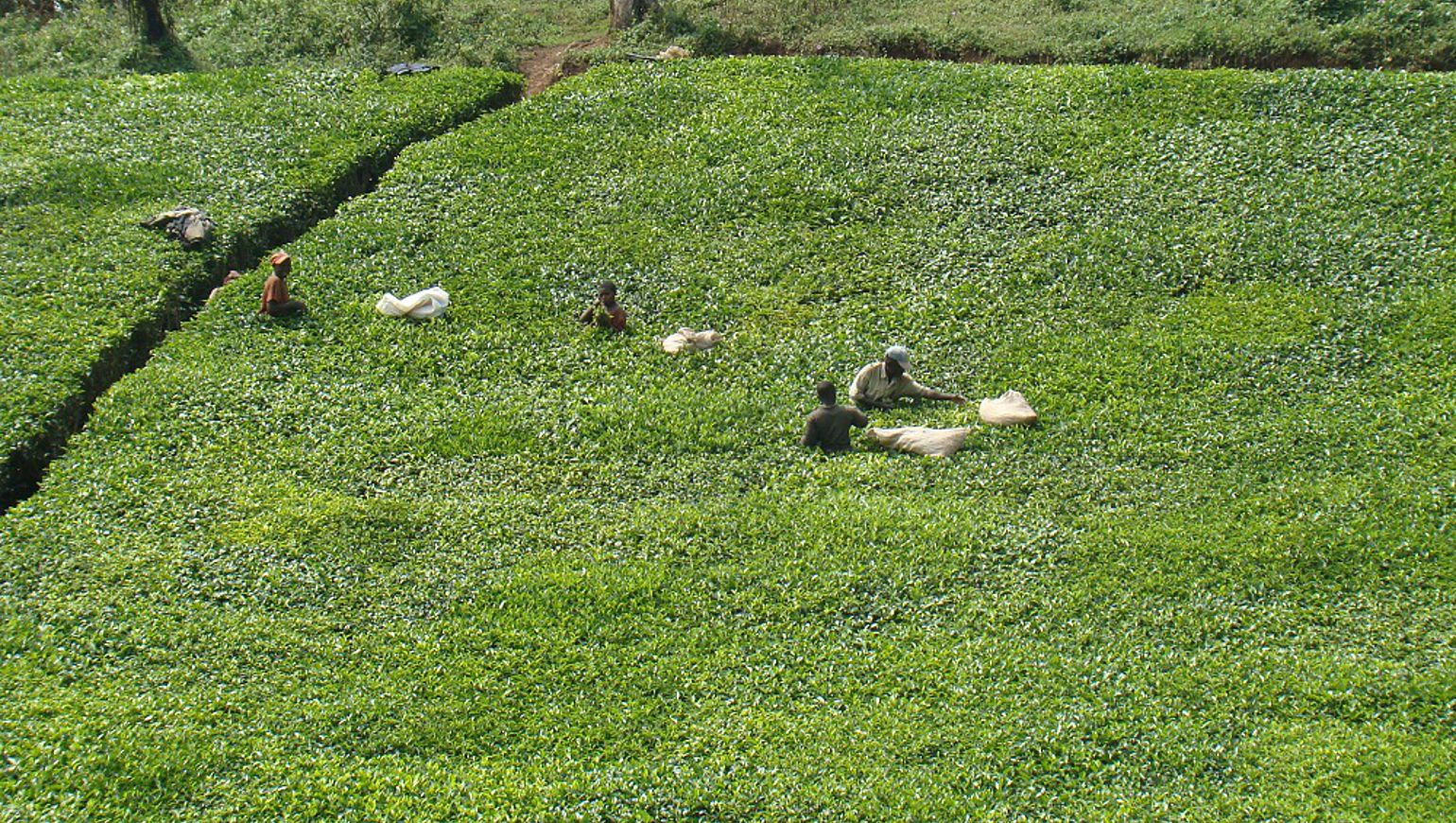 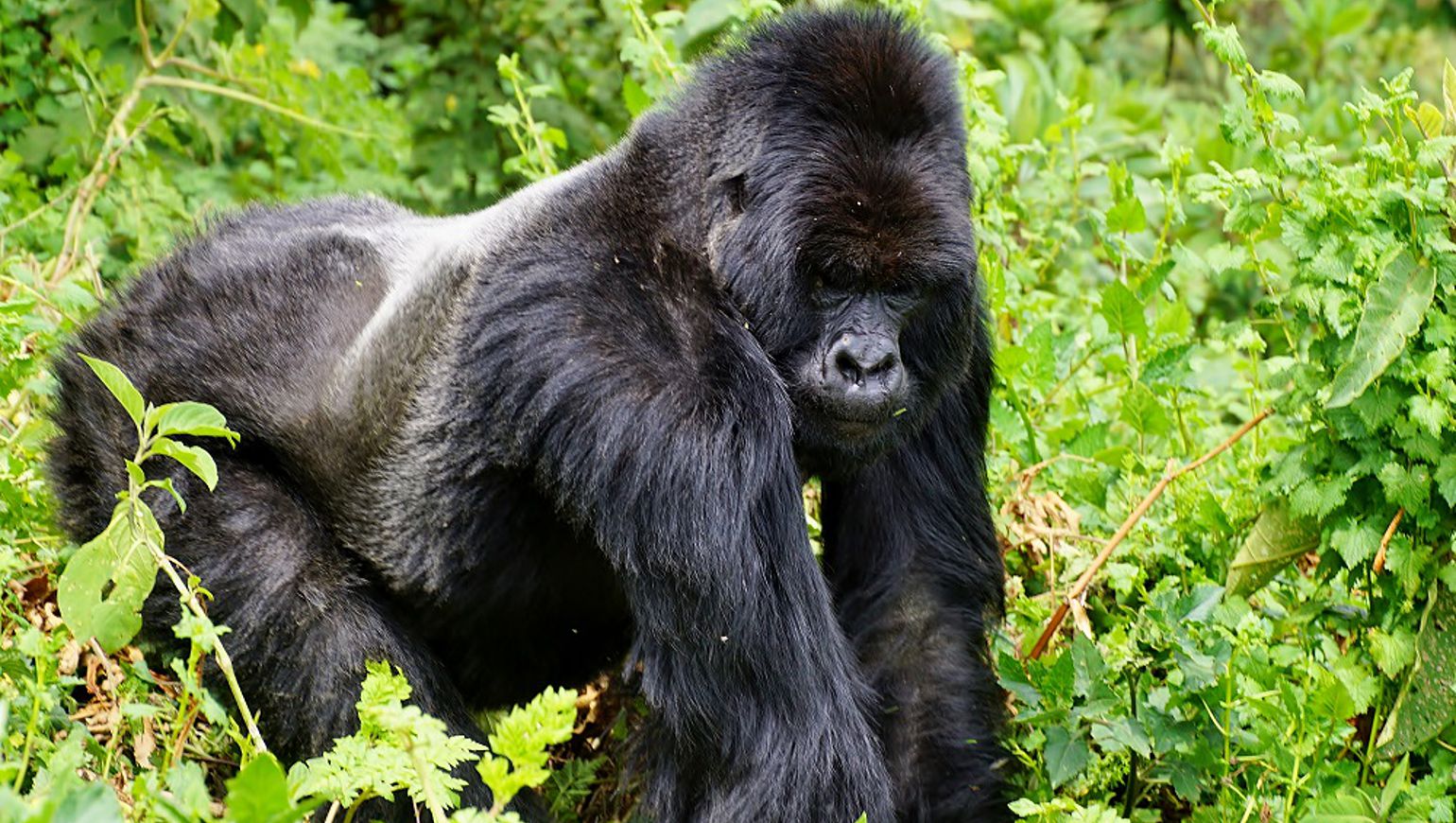 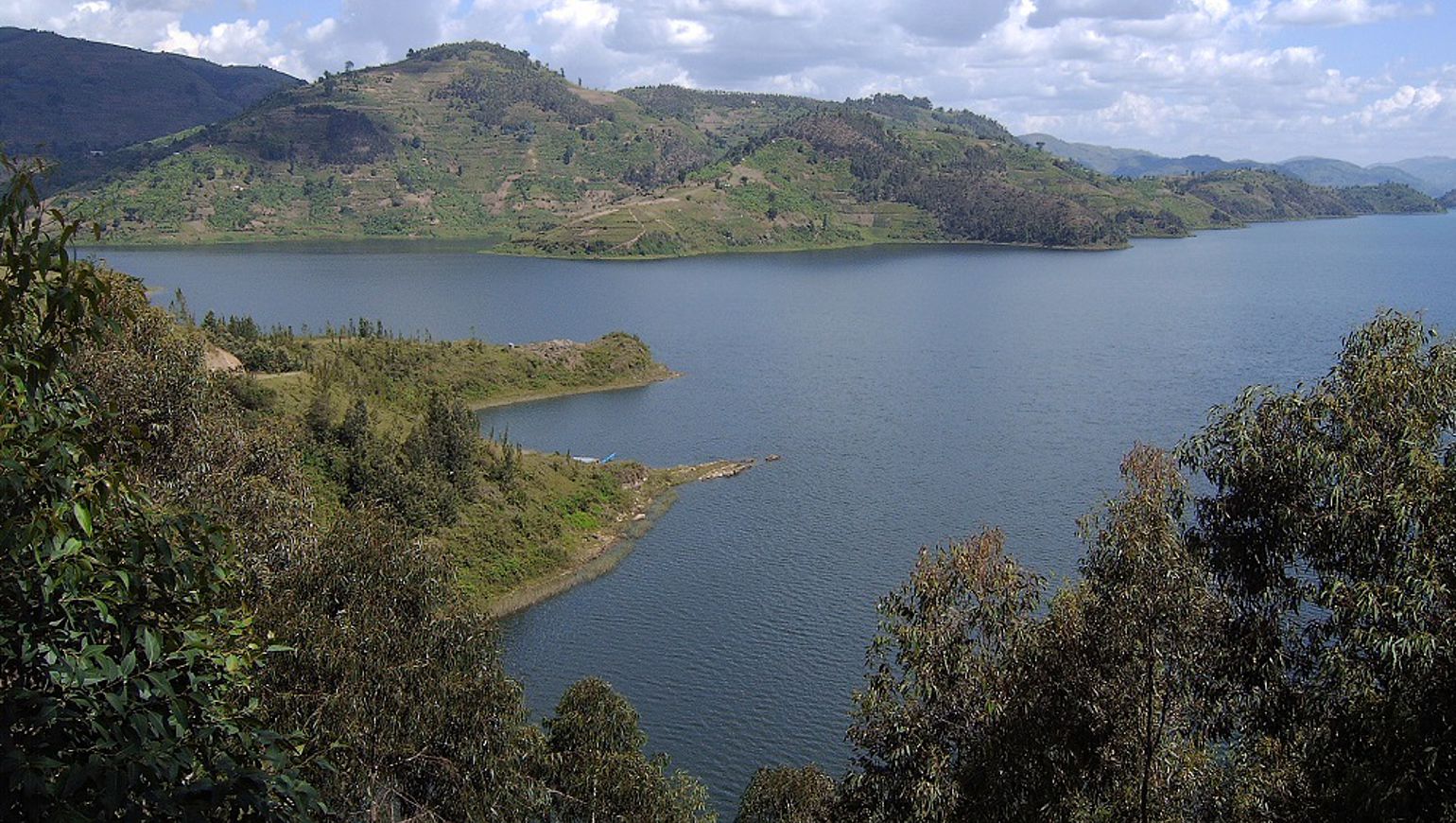 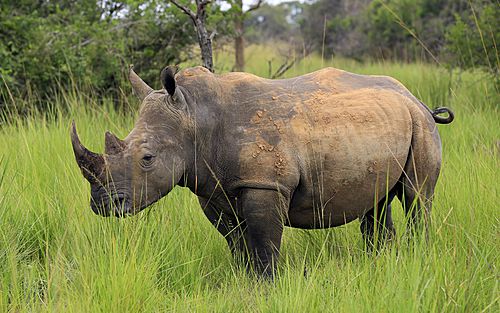 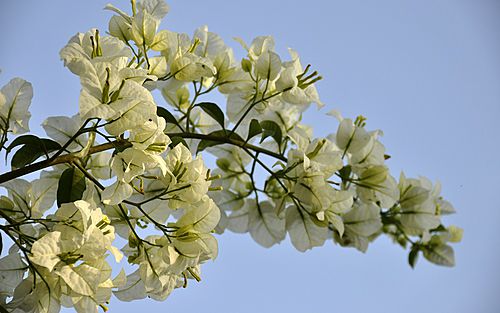 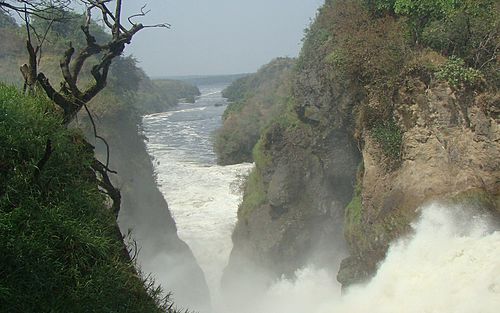 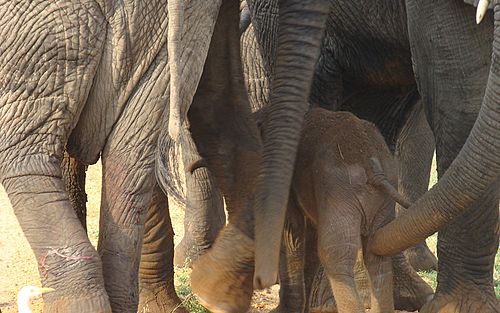 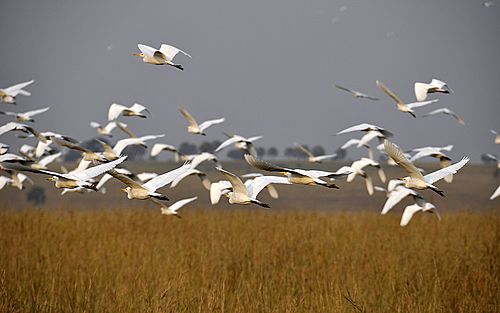 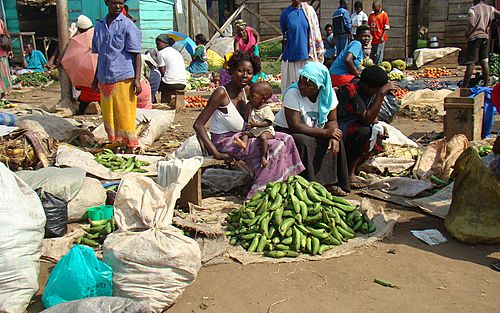 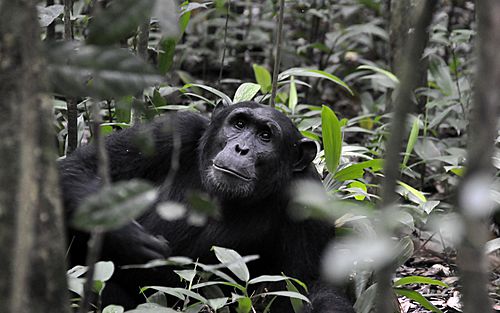 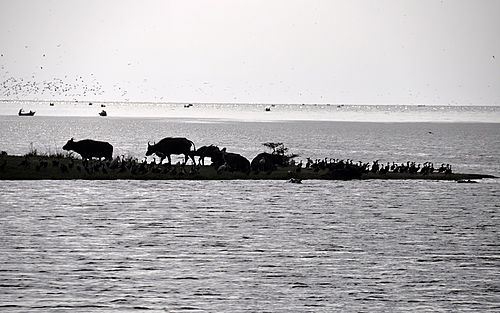 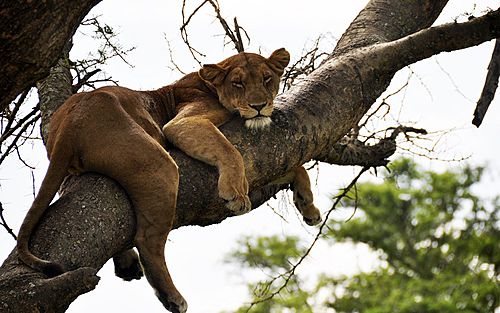 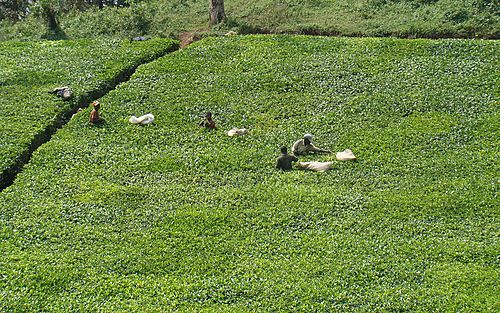 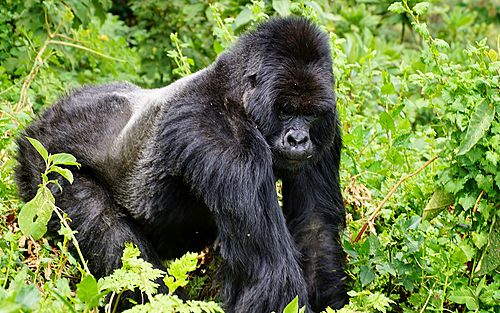 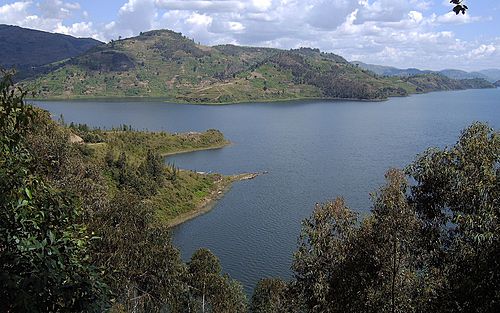 The Great Lakes is an almost unknown region, a mythical place that is eternally green. A crossroads for all nomadic peoples, it is also the source of two of Africa’s great rivers: the Nile and the Congo. From the breathtaking waterfalls where the Nile meets Lake Victoria, a veritable inland sea scattered with hundreds of lush green islands, to Lake Albert sustained by the eternal snows of the...

The Great Lakes is an almost unknown region, a mythical place that is eternally green. A crossroads for all nomadic peoples, it is also the source of two of Africa’s great rivers: the Nile and the Congo. From the breathtaking waterfalls where the Nile meets Lake Victoria, a veritable inland sea scattered with hundreds of lush green islands, to Lake Albert sustained by the eternal snows of the Rwenzori Mountains. Lake Edward, entirely located in a large protected area, is an eco-system unique in its diversity of African fauna. Lake Kivu, which lies on the border with the Congo, is a rare African gem, created by volcanoes and surrounded by mountains and hills.

The approach to Entebbe airport over the string of tiny islets scattered through the iridescent waters of Lake Victoria is breathtakingly spectacular. Meet our representative at the airport and transfer to the hotel.

Kampala has an architectural style that reflects the diverse ethnic origins of its population. Here we familiarize ourselves with the traditions and costumes of the great Ugandan tribe. Having now left the tarmac road, we pass the vast cattle farms where long-horned cattle drink from scarce water holes.

Stop at Ziwa Sanctuary, home to rhinos and a range of other game and many bird species, where a guided rhino-tracking excursion is offered. The sanctuary ranger will meet you upon arrival. Drive to the closest point and approach the rhinos while walking. Watch them in their habitat at a very close and very safe point. Then drive to Murchison Falls via Masindi Town to explore the area around  the top of the falls and descend the paths down the river and enjoy the falls from another viewpoint. At the end of the day, drive to the lodge for dinner and overnight.

Day 3: Murchison National Park and Boat Trip on the Nile

After an early morning breakfast, enjoy a spectacular game viewing on the Northern bank of the Nile, with chances of seeing giraffes, elephants, lions, hartebeest and different species of birds. Game drive across the savannah, along Lake Albert Delta, with an abundant wildlife as you move slowly as the sun rises. This is the heart of Africa: Uganda.

The afternoon will be spent on an extensive boat exploration on the Nile river, upstream towards the Falls. Launch trip on the Nile to the bottom of the falls for spectacular view as the mighty river is forced up a seven meter gap before plunging to depth below. As you travel up the Nile, look at the enormous Nile crocodile basking on the sand banks or gliding silently up the water. Animals to view here include elephants, lions, giraffes and a variety of antelopes. Bird life is prolific and chance of seeing the rare shoebill stork is high.

Day 4: Daily Life of the Fishermen

After an early breakfast, morning game drive. Enjoy lunch then drive to Hoima. At the park exit is the village home of the Waseko fishermen. Here the people live in tune to the rhythm of their spoils in the waterways with their changing currents at the mercy of the floodwaters and the wind.

On the market place, there is an incredible display of merchandise for sale, often to Congolese smugglers. Freshly caught fish is smoked on large open metal racks. Moving into the Eastern part of the Rift Valley, we come to Lake Albert and its coastal fringes where flocks of small zebu are tended by the proud Alur herdsmen, while their women tend the fields of cassava and cotton or rebuild the thatch on their spacious huts. At Butiaba, previously an extremely active lakeside port, a narrow tongue of land flanked by Borassus palm trees pushes into the lake to the warm water. Further on, cross the fertile agricultural area growing sweet potatoes and tobacco.

Today we make the acquaintance of deepest Uganda, whose countryside and villages are accessed on a laterite slope. Several villages of economic importance cling to the slopes and act as trading places for villagers who often have to carry their harvest on their backs. It is an area supporting mainly agriculture and cattle grazing. Further South the tea plantations display their resplendent green carpet as far as the eye can see. Once we branch off at Kyenjojo, the landscape becomes more tortuous as we reach the foothills of the Rwenzori Mountains. Once at Fort Portal, drive for another hour to reach the Kibale area.

After lunch, transfer to nearby Bigodi Swamp, a papyrus and tree filled swamp, home to an abundance of birds including the Great Blue Turaco. The Bigodi Swamp Walk is an initiative of the local community and takes approximately two hours.

Today the forest opens its doors for a sensational chimp tracking. Kibale Forest is reputable of having the greatest variety and highest concentration of primates in East Africa. Enjoy a guided nature walk in the tropical rainforest in search of the wild chimpanzee, red-tailed monkey, black-and-white colobus monkey and many others.

After lunch at the lodge, drive to Queen Elisabeth National Park along the foothills of the Rwenzoris. The game seen will depend on the season, the Mweya peninsula is good for a variety of animals including elephants. In the Kasenyi plains you will find mostly lion and Uganda cob.

The day begins early with a morning game drive and head to the mating ground of the Uganda Kobs. We search for lions, elephants, buffaloes and other wild animals in their natural habitat before returning for lunch. In the afternoon, boat cruise along the Kazinga Channel, a natural channel between Lake Edward and Lake George. Thanks to the abundant birdlife and the elephants, buffaloes and hundreds of hippos that are cooling off at the shores, this cruise will definitely be one of the highlights of your safari. The launch trip is the most popular activity at Mweya. From the safe boat you can see elephants, hippo, Nile crocodile and many water birds, plentiful along the channel.

After breakfast, we will drive for two hours to the Southern sector of Queen Elizabeth National Park called Ishasha Sector, famous for its tree climbing lions. This place is an off-the-beaten-track destination where you will surely enjoy a game drive to search for the tree climbing lions.

Here the grass-covered hills are pastures for the remarkable flocks belonging to the Banyankole tribe. The enclosed valleys are filled with a mixture of banana, tofu and coffee plantations. Once past Kabale, the busy commercial centre, the countryside offers an unbelievable palette of green. As we come around the bend in the dirt road, enjoy the most magnificent view of the whole volcano chain of the Virunga Mountains. At Kisoro, the lava road splits and we head towards the Rwandan border.

As the first light of dawn breaks through the curtain of mist clinging to the summits of Karisimbi, Bisoke, Sabyinyo, Gahinga and Muhabura, we make our way into the Volcanoes National Park. Tracking the gorillas through the unique vegetation can take several hours of challenging walking in wet and muddy conditions. In the late afternoon, drive to Rubavu, a small town located on the northern shore of Lake Kivu.

Day 11: End of your Journey

Enjoy the peaceful atmosphere of the lakeshore or a refreshing early morning swim. After a wholesome breakfast, leave the gleaming waters of Lake Kivu and journey back to Kigali, through the beautiful countryside of the "Land of a Thousand Hills". Transfer to the airport. 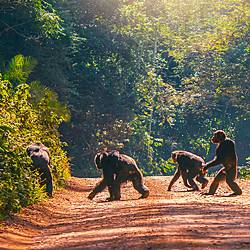