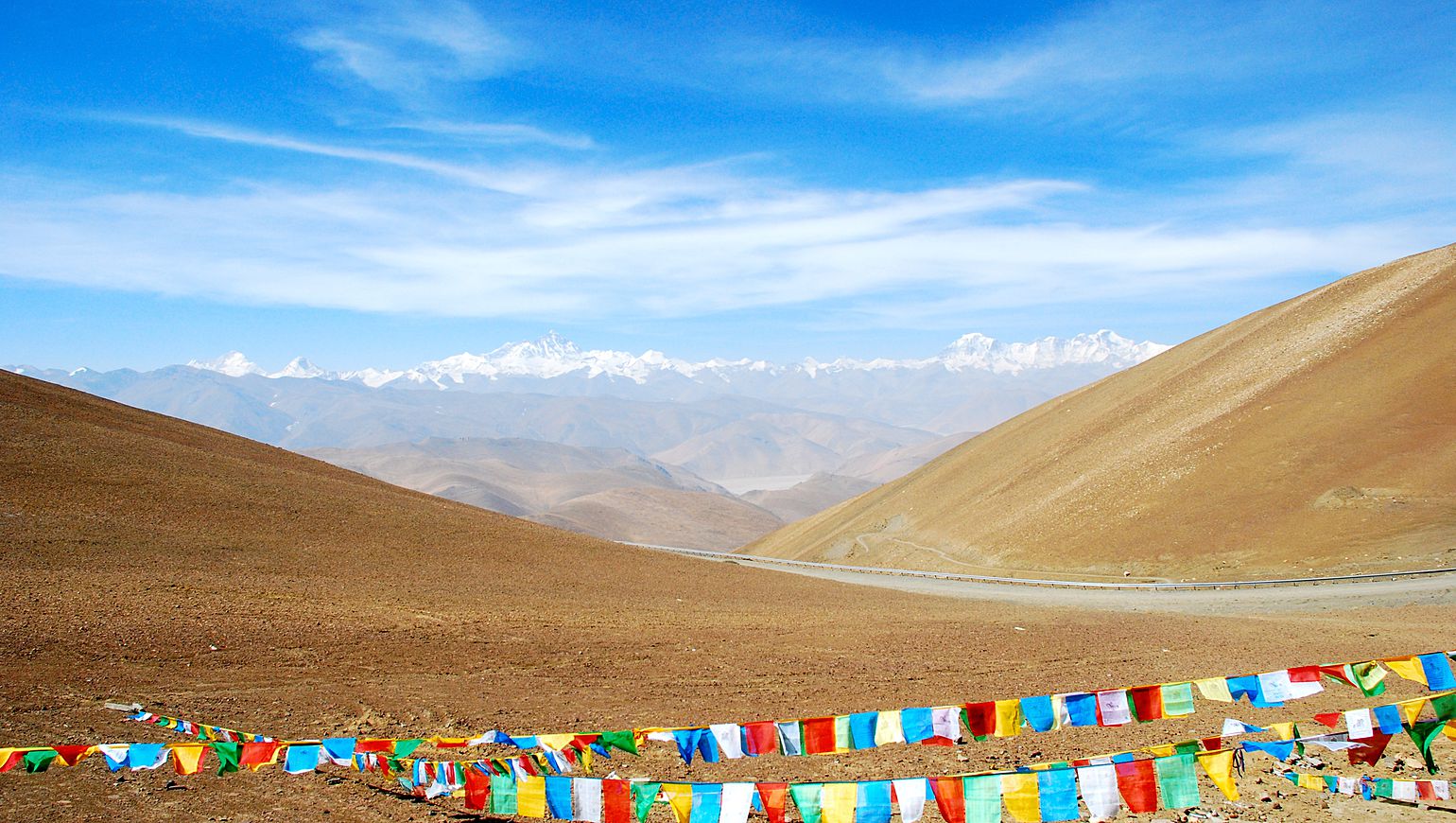 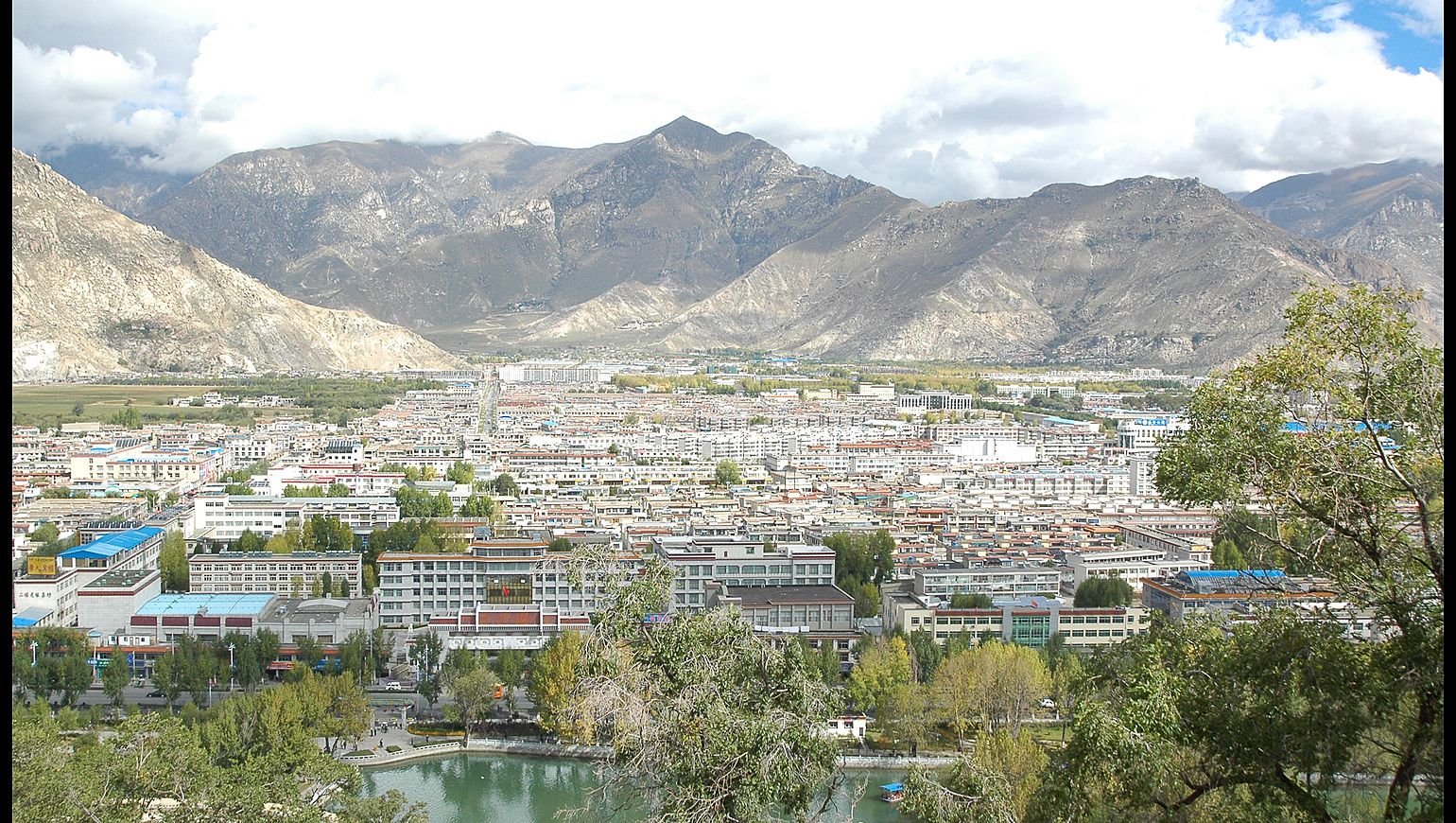 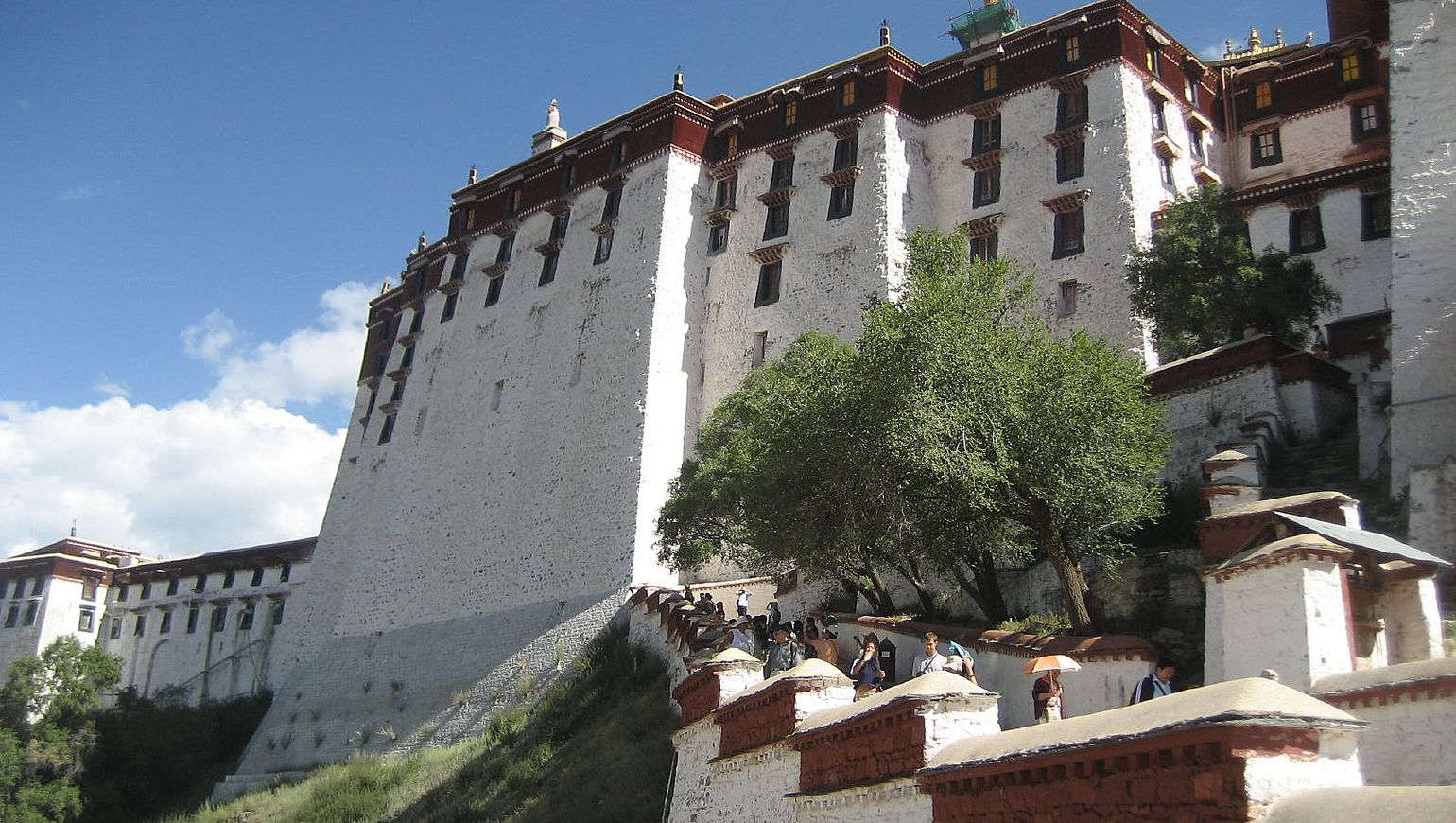 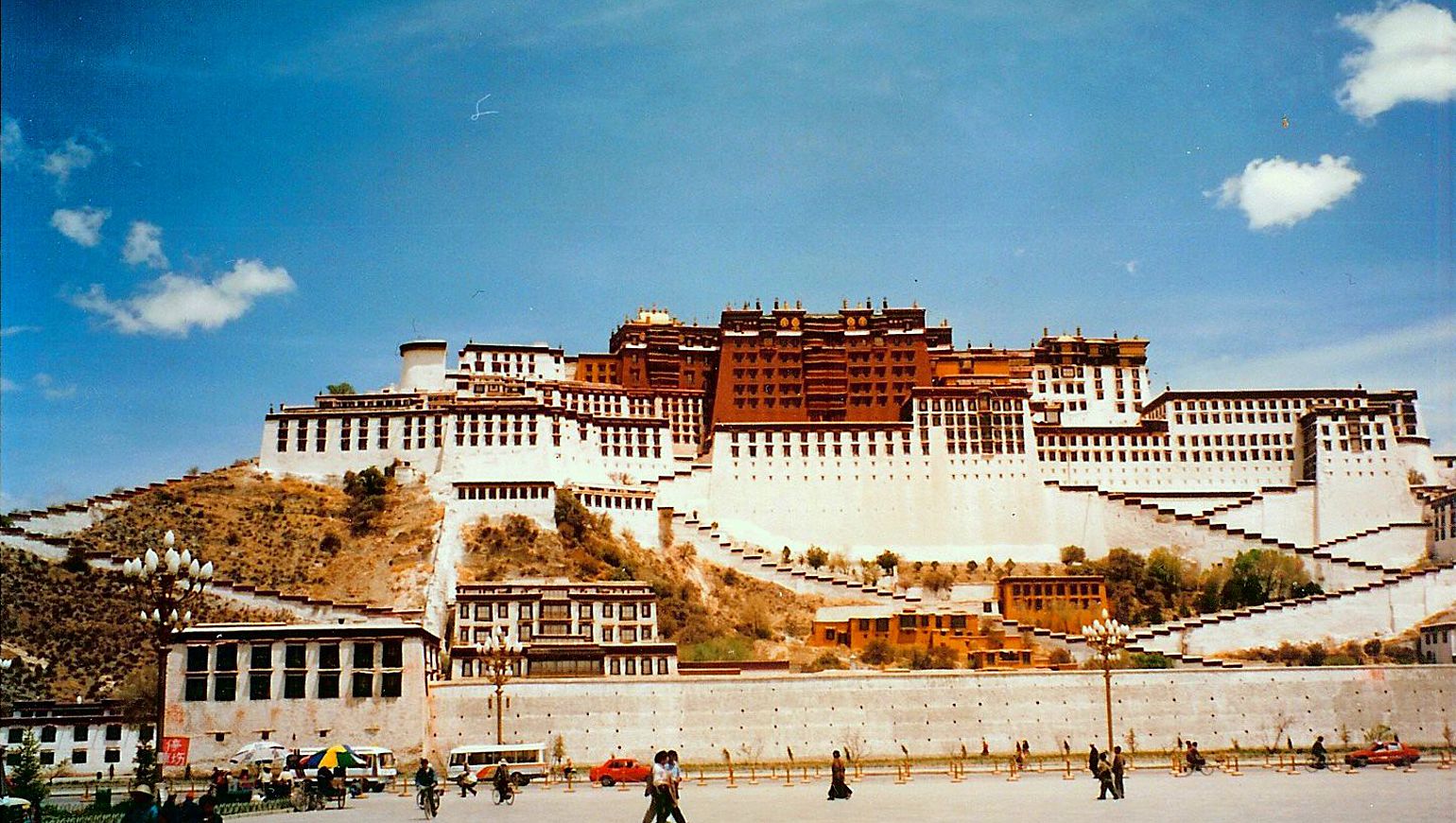 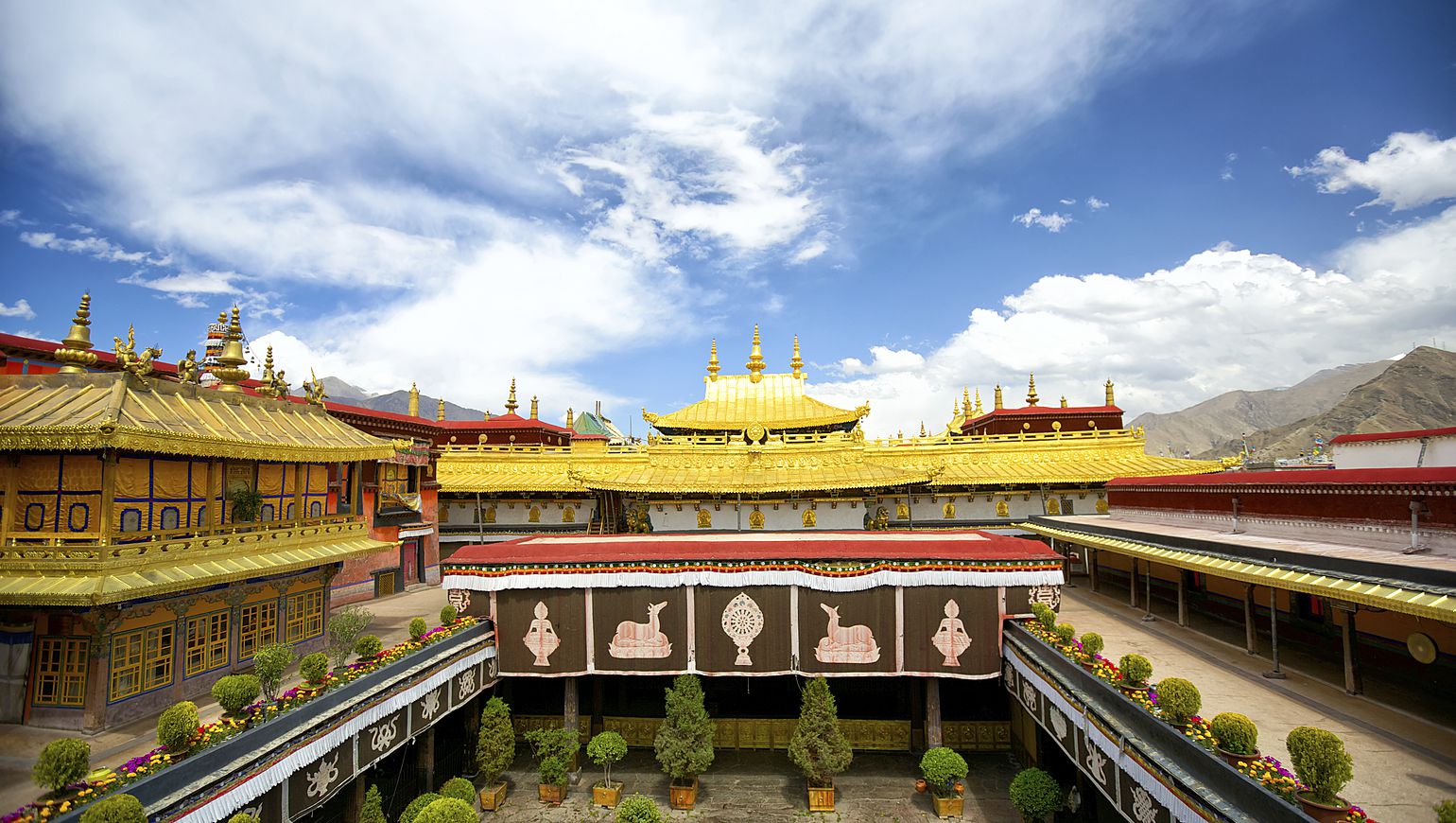 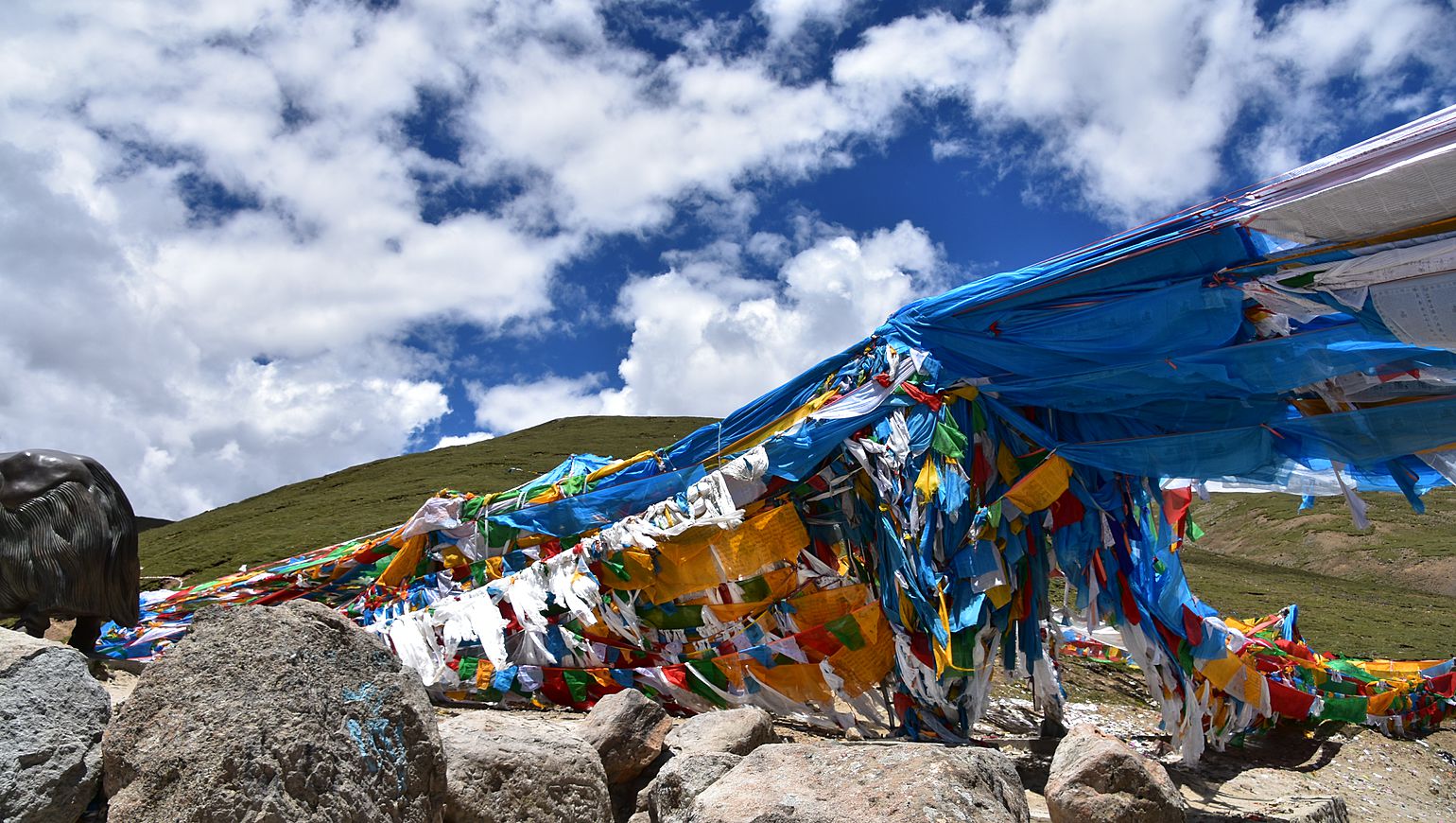 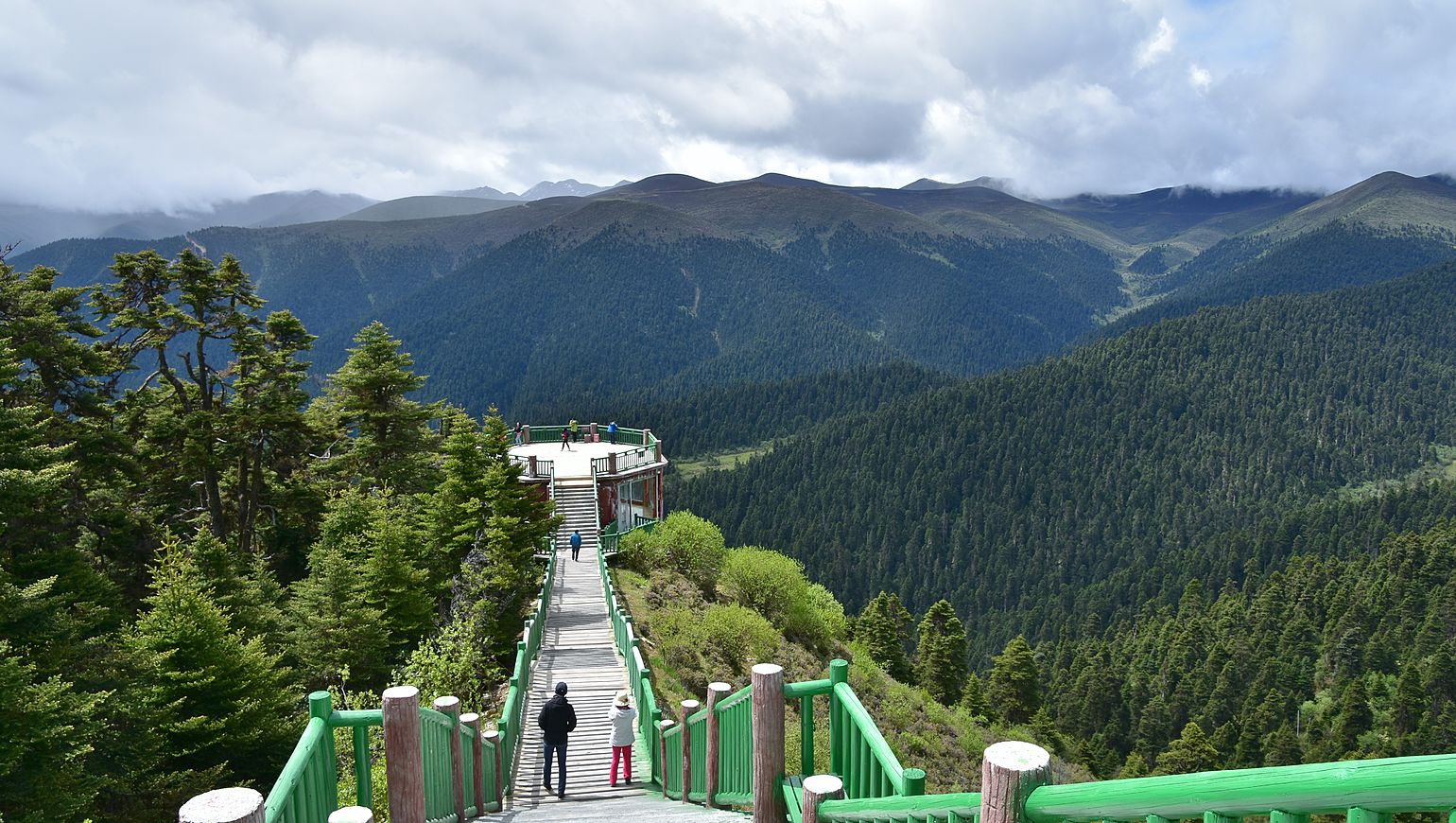 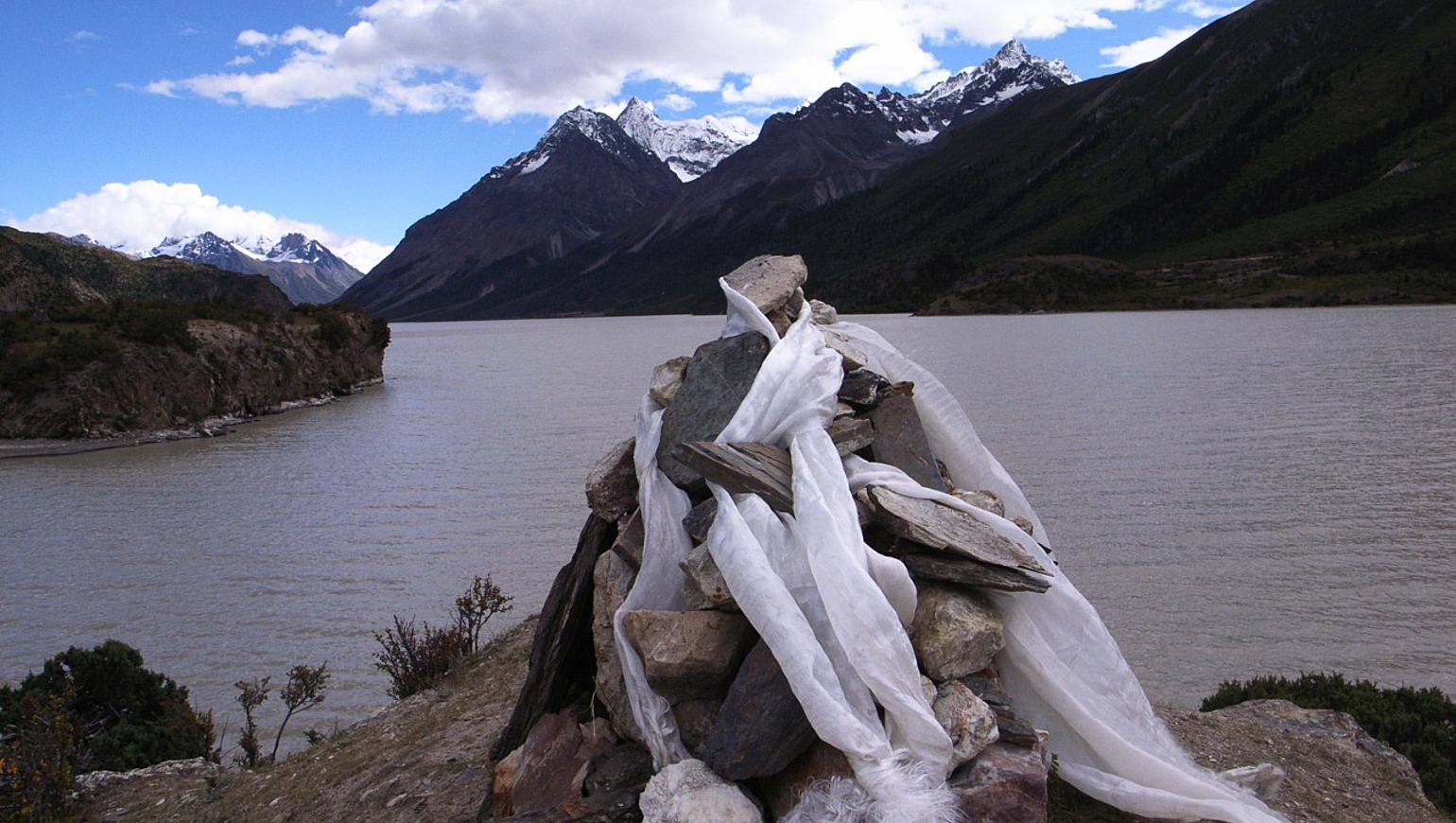 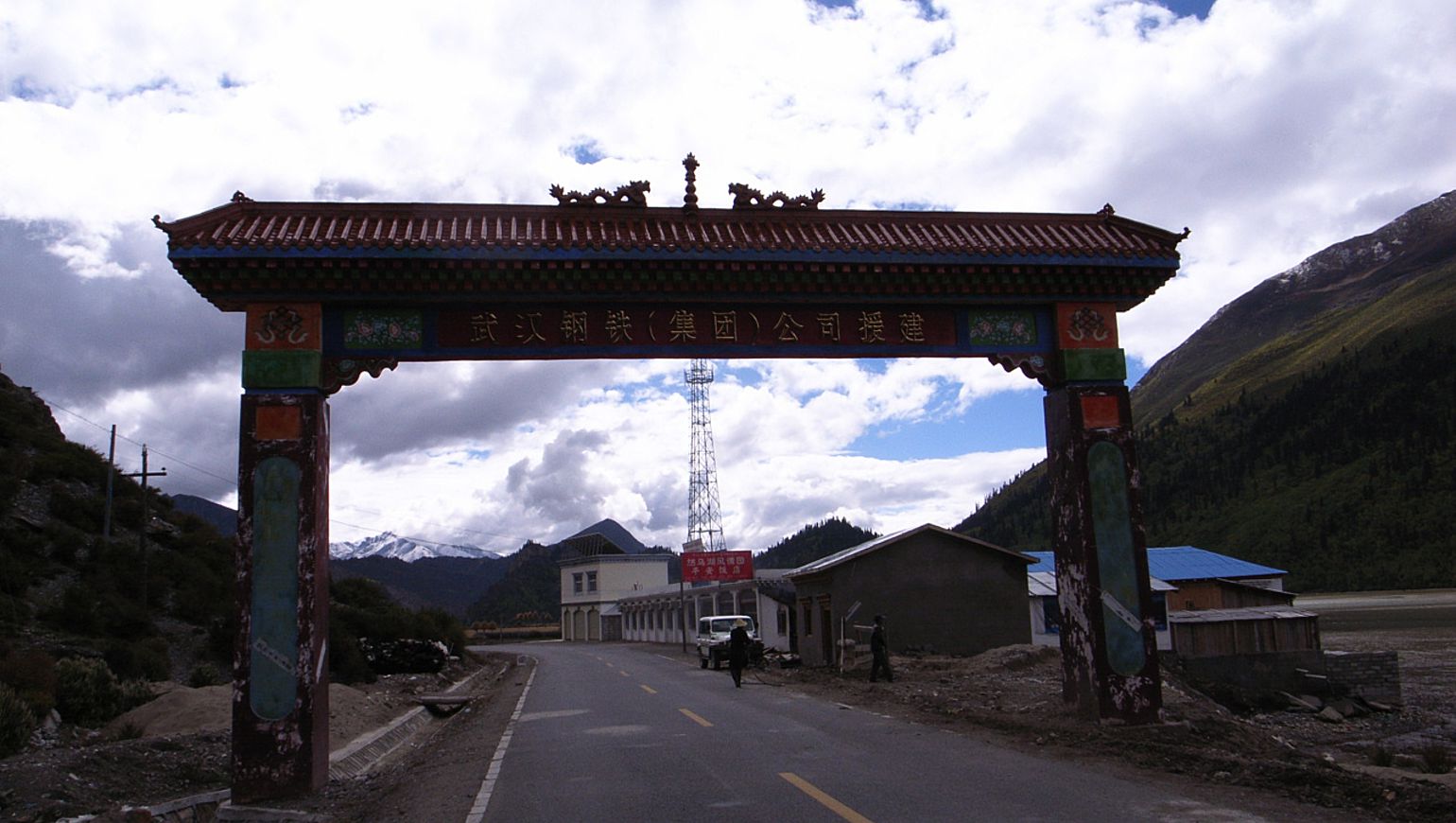 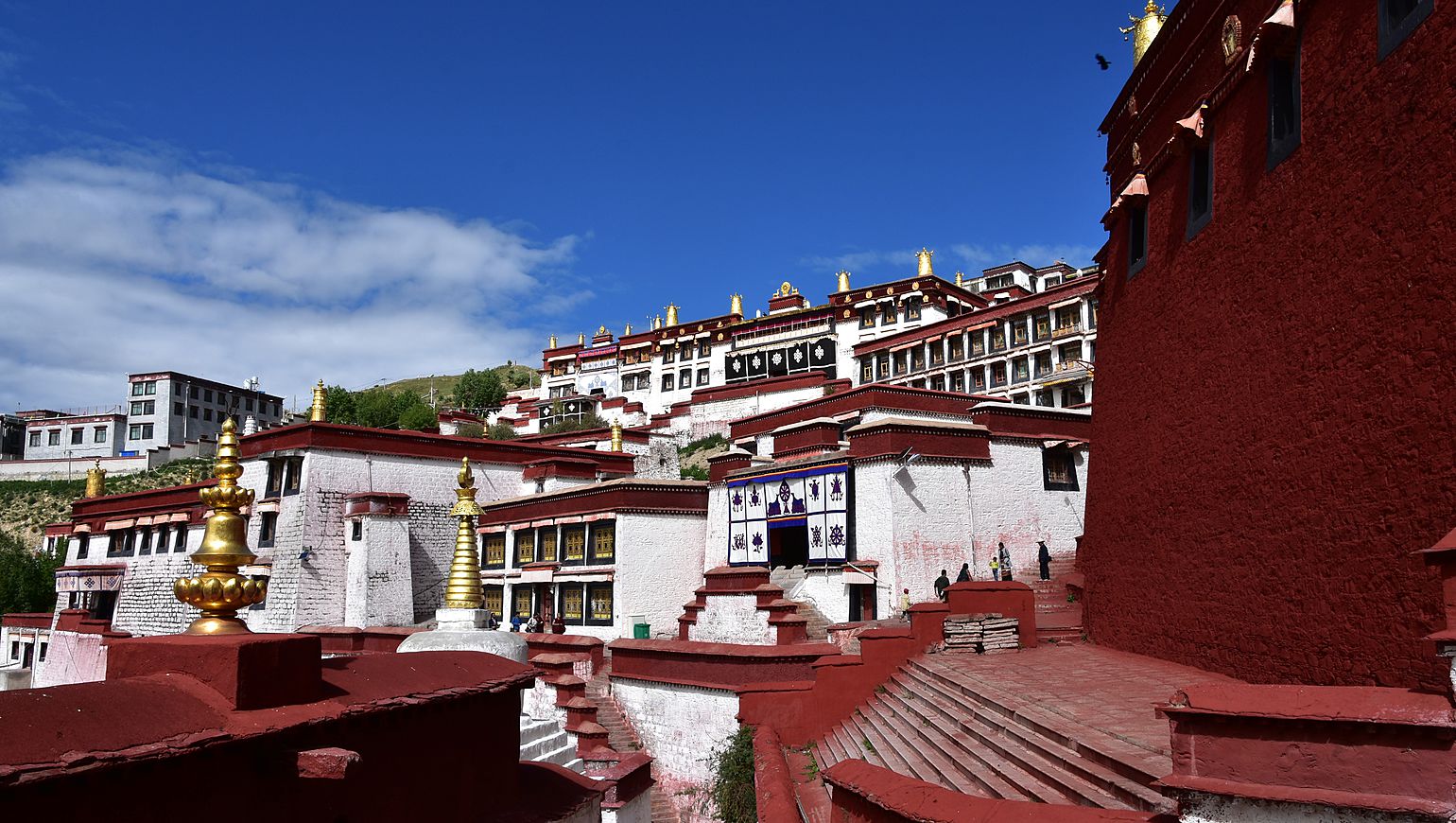 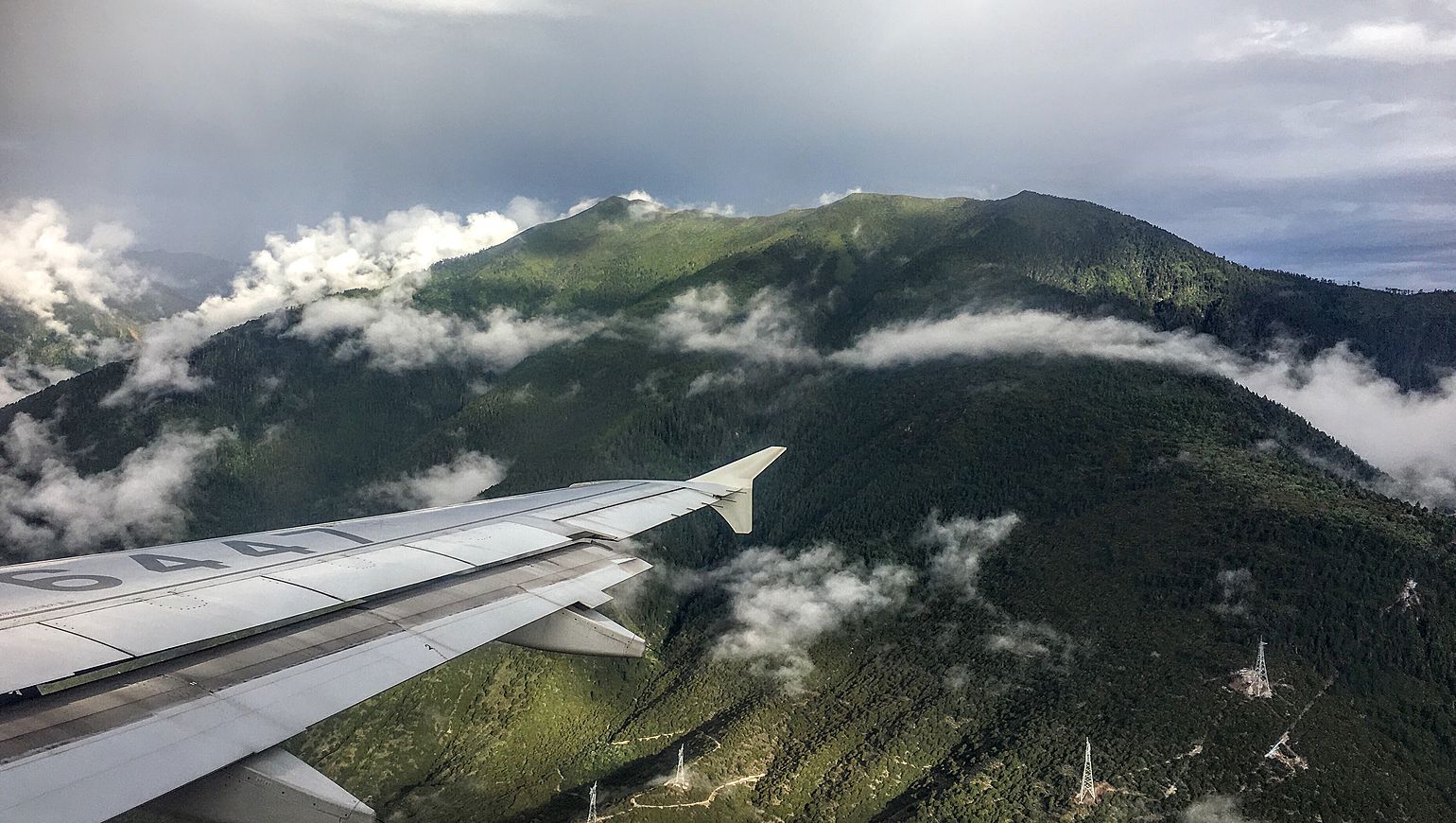 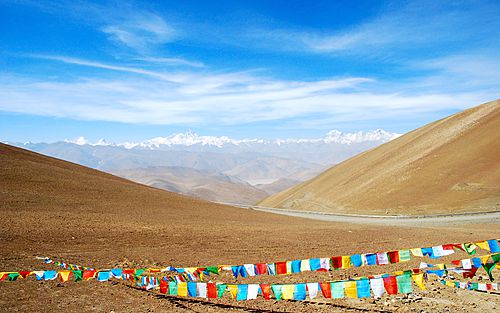 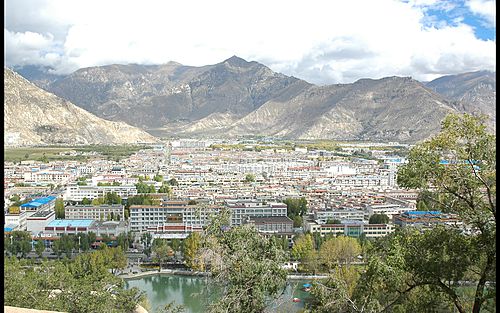 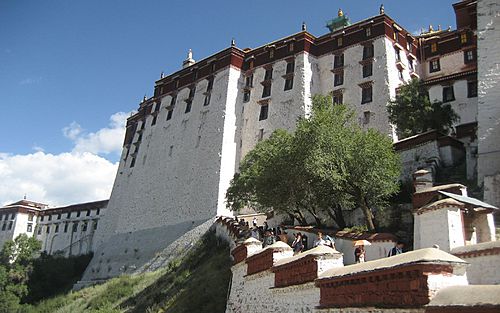 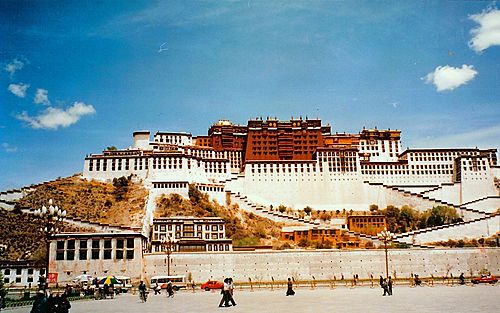 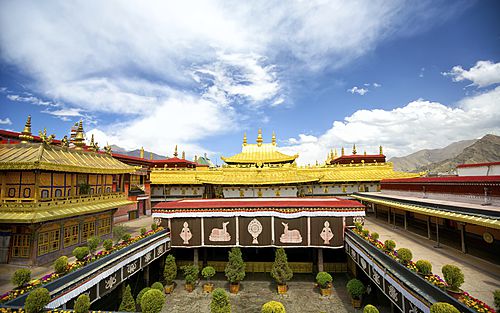 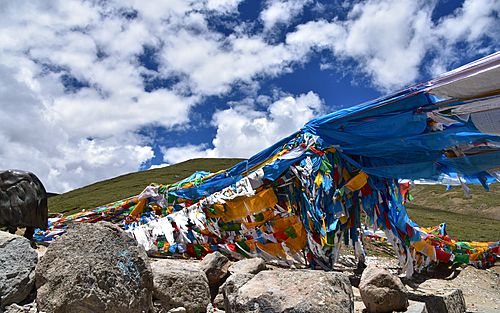 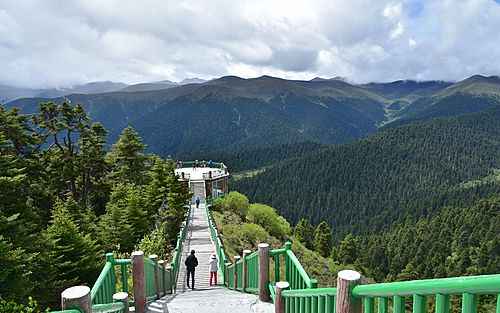 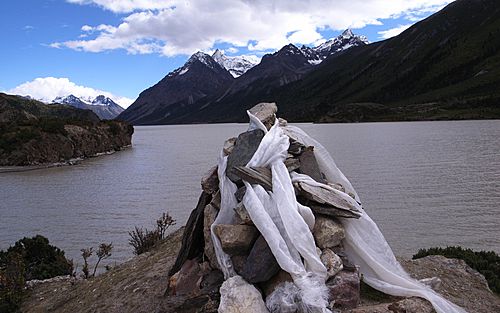 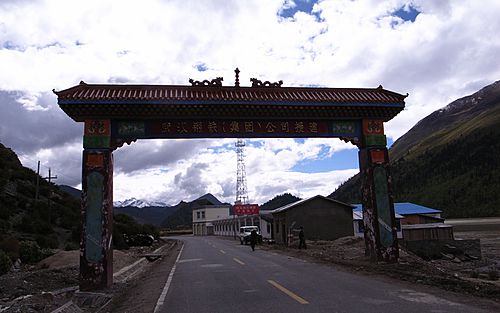 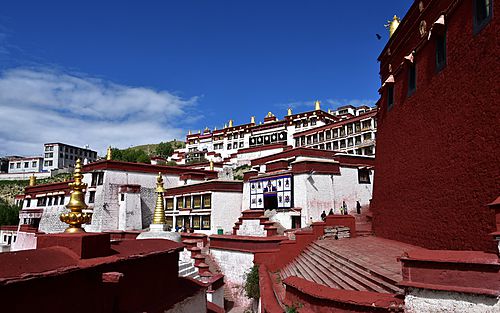 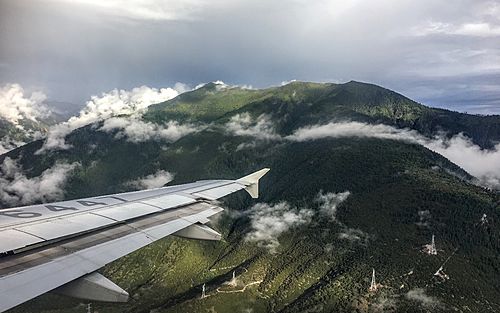 The tour includes all the important places of interest in central & south Tibet. We have two full days in Lhasa which gives us ample time to see the most important sites and allows us to acclimatize to the altitude in the comforts of the hotel in the old town, and then really enjoy the overland trip through southern area of Tibet. Note: All the time and distance shown here are approximate and indi...

The tour includes all the important places of interest in central & south Tibet. We have two full days in Lhasa which gives us ample time to see the most important sites and allows us to acclimatize to the altitude in the comforts of the hotel in the old town, and then really enjoy the overland trip through southern area of Tibet.

Note: All the time and distance shown here are approximate and indicative only, if there is inconsistency, it will depend on the weather, local road condition and other actual situation.

Upon your arrival, you will be greeted by your guide and warmly welcomed with a pure white katak scarf (prayer scarf). Then drive to Lhasa, 100km away from the airport. On the way, you may enjoy the heart-beating highland view along the Lhasa River and stop occasionally for pictures of local villages.

We suggest taking it easy, drinking lots of water, and avoiding heavy foods.

Since we have just made a sudden ascent from lowland to an altitude of over 3,700 meters (12,139 ft), today’s itinerary is not so tight. Visit Drepung Monastery, Sera Monastery, and Norbulingka. Drepung is about 8km west of central Lhasa, once world's largest monastery with about 10,000 monks.

At the plat roof of hillside, you can have very good views of the whole Lhasa city and the distant mountains. Sera Monastery sits at the foot of the mountains. One of the three main Gelupka monasteries in Lhasa, Sera is an important spiritual center for Buddhist monks. If we are lucky enough, we could watch the Lamas in their traditional theological exercise of lively debating.  is recognized by “the summer palace of dalai lamas”. "Norbu Linka" means beautiful gardens. This garden covers an area of 36 hectares and it is the annual vacation home for the 7th to the 14th Dalai Lama, who would move here from the Potala Palace to this summer palace and spend most of their summer here.

We will visit the Potala Palace, landmark of Lhasa and spiritual symbol of Tibet - you will join many pilgrims on your way to the top of a hill where this 13-storey architectural wonder is perched upon. The approach to the Potala is not easy, and requires climbing many steep steps, so we take it slowly and allow ourselves to leisurely enjoy the Palace and its surroundings. We enjoy strolling through its winding corridors and peaking in some of its thousand rooms, and can only imagine what life here was once like.

In the afternoon, we visit the Jokhang Temple, the spiritual center of Lhasa. As we make the inner circuit around the courtyard, spinning numerous prayer wheels as we go, we are swept up in the energy of the devout. From the rooftop, we get stunning views of the Potala, and the snow capped peaks off in the distance. Around the Temple runs the Barkhor, a holy circuit which pilgrims undertake and a bustling commercial market. The rest of the time is left free for you to venture around Bakhor market, where you will feel you are right at the heart of Tibet.

After breakfast, 1.5hrs drive to Samye Monastery. Samye Monatery is regarded as the first Buddhist Temple in Tibet. It was founded in 779 by King Trisong Detsen and located in the quiet piedmont area of north bank of Yarlung Zangpo River. Samye is also the first complete with the three Buddhist jewels of Buddha, Dharma and Sangha. It has become a top destination for Tibetan Buddhists who will walk thousands of miles for weeks to finish their pilgrimage to this monastery.

Today we will also have a chance to enjoy a beautiful sunset view of the Yarlung Zangbo River.

After lunch, drive from Samye to Tsetang, the third largest city in Tibet. Tsetang is known as “the cradle of Tibetan Civilization” for two reasons: first, its mild weather and fertile land conceived the great Tibet dynasty; second, it’s the birthplace of the first Tibetans who were said to be the offspring of a monkey and a demoness. This afternoon, you will visit the Yumbulakang.

According to a legend of followers of the Bon religion, Yumbulakang was erected in the second century B.C. for the first Tibetan king Nyatri Tsenpo, who was descended from the sky. Yumbulagang became a shrine and under the reign of the 5th Dalai Lama, Ngawang Lobsang Gyatso, a monastery of the Gelugpa school. Yumbulakang monastery was severely damaged during the Cultural Revolution, though it has been extensively rennovated since.

Today will be a long drive day, we will take 5.5-6hrs (400km) from Tsetang to Bayi town in Nyingchi, the “Switzerland of Tibet”. Upon arrival, the rest of today is free for you to acclimatize the altitude and explore surroundings.

Wake up in the peaceful morning. Today, you are going to drive to Bomi, about 230km away from Bayi Town. But sightseeing activities come on the road.

Firstly, you will drive about 1.5km out of town to visit the most famous and magical tree in Nyingchi – the King Cypress which is 50 meters tall but more than 2,500 years old. Leave the King Cypress, you will move to the highlight of today – Lulang Forest.

Today, you will enjoy a fabulous feast of landscape. After breakfast, drive about 104km to visit the famous Midui Glacier. Ranked by China National Geography as one of the top six most beautiful glaciers in China, the Midui Glacier is featured in different shapes and forms of glaciers, including two about 800 meters high ice falls. At the foot of the glacier are green wild forests. Further down the forests are peaceful Tibetan villages, farmlands and ice lakes.

Leave Midui, and move to next also the final stop of today – Rawu Lake. It is a barrier lake formed by landslides and debris flows of around 200 years ago. The lake is tranquil and clean. But the best feature is its reflections of surrounding diverse landscapes of grasslands, forests, blue sky and snow mountains like a mirror, which changes colors in different seasons.

Get up early to witness the amazing sunrise at Rawu Lake. Wispy mists float above the lake, while the morning sunlight shines on the snow mountains, which looks like a golden pyramid. Enjoy the fresh air and let your camera record the wonderful landscape.

Then you will move back to Nyingchi in the rest of today along the 318 National Road. It may take about 8~9 hours to get to Bayi Town, but you don’t have to worry being bored by the long distance. Because you will drive on the most beautiful parts of the 318 Road which starts from Rawu to Bayi. Feel free to ask for your driver for stop on the way for the scenery.

We will drive to the holy City Lhasa. The whole journey takes about 7 hours’ driving. On route, you will take a sidetrip to visit Ganden monastery.

Ganden Monastery is one of the earliest and largest Buddhist monasteries in Tibet, famous for its Buddha Painting Unfolding Festival. It was founded in the early 15th century by Tsong Khapa, a well-known Tibetan religious philosopher. 45km away Lhasa City, the monastery is located on Wangbur Mountain, on the southern bank of Lhasa River. Its significance as a religious, artistic, political and cultural relic led to it being preserved by the National Key Cultural Relic Preservation scheme in 1961, and is now known as being one of the 'Three Great Temples', together with the Sera Monastery and the Drepung Monastery in Lhasa.

After arriving at Ganden, spend at least a half day to explore the attractions in and around the ancient monastery, home to the earliest monastery of the Gelugpa sect of Tibetan Buddhism. Although the monastery is mostly in ruins, it is a fascinating place. Pilgrims arrive in Ganden from all over Tibet to walk around the site of the monastery, and one can observe the rituals they perform on this ‘Kora’ around the monastery.

After visit, drive back to Lhasa.

Browse all tour ideas in Tibet (5)