9 reasons to travel to Sweden

Do you wish to discover a country quite close to Britain that possesses a rich culture, wonderful nature and an exemplary openness of mind? Look no further, Sweden could well become your new favourite destination.

Lose yourself in Lapland

A part of Sweden is to be found beyond the Arctic polar circle. This is known as Lapland or Sapmi, as the locals say. Going there is an absolutely incredible experience and will afford you a chance to see the northern lights or to meet the Sami people.

The capital of Sweden, also nicknamed the Venice of the North, is without doubt one of Europe's most beautiful capitals. Whether you travel there in winter or summer, Stockholm is always guaranteed to surprise you. In short, it is a must-see when you visit the country.

A fantastic level of English

It may not have crossed your mind, but roaming around Sweden is quite easy as English is widely spoken here. From the young to the old, almost everyone will be capable of answering you in Shakespeare's language, so don't be shy!

It's a well-known fact that Scandinavian countries are relatively safe compared to the rest of Europe. Travelling is straightforward, and you could count the places that are best to be avoided on one hand. This makes it perfect for family trips.

Even though Sweden is rather vast, public transport is incredibly efficient. For example, from Malmö down in the south you can catch a train all the way up to Kiruna, in the north. Buses are also regular with a modern feel, often providing free Wifi.

A positive attitude to sustainability

Sweden has a lot to teach us as far as sustainable development is concerned. From the many bicycle paths to a rigorous recycling system, you'll likely find yourself impressed by the country's commitment to ecological practices. While you're there, why not learn from the Swedish and come back to Britain a little 'greener'?

Travelling up and down Sweden and eating well go hand in hand. From north to south, you will get a chance to discover numerous local dishes, from the most traditional to the most innovative. 'Fika' is a must, a custom which consists of gathering together for a chat with a coffee and sweet pastry.

Freedom to be different, equality between the sexes, and faith in humanity: Sweden is a nation far ahead of its time where openness of mind is concerned. It's common to see fathers steering pushchairs down the streets, for example, and during your travels you will no doubt be surprised by how tolerant the inhabitants are.

With an elongated land mass and a proportionally small population, Sweden is greatly influenced by its hinterland. Nature is incredibly important, and the locals adore spending time in it. So, make the most out of your trip to Sweden by discovering the country's countless lakes and natural spaces.
Holidays Sweden
Noel 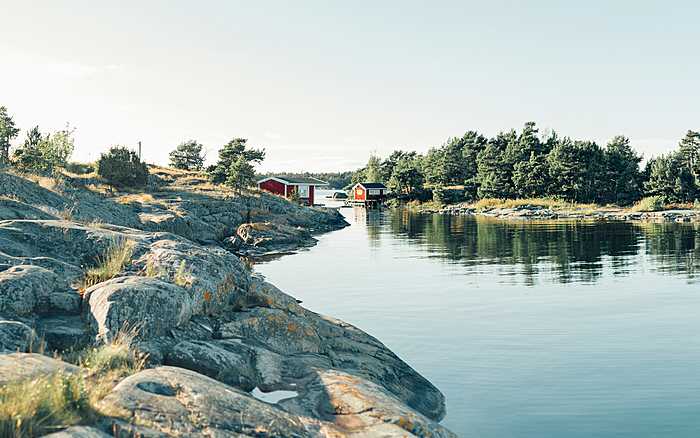