Covid-19 - Réouverture des frontières :en savoir plus
DestinationsTrip Types About Us
FAQs
Sign into my Evaneos Account
Destinations
Top destinations of the moment in Oceania
Travel to Oceania
Browse our tour ideas by category
See all tour ideas

5 reasons to travel to New Zealand

Located at the other side of the world from Western Europe, New Zealand is an idyllic vacation destination for all nature lovers. In fact, a stay in New Zealand is an opportunity to discover a mysterious country with a reputation for wide open spaces and peacefulness.

The Maori culture is still a mystery to you.

Are you fascinated by New Zealand's traditional Maori culture, and do you dream of delving beneath the surface? If so, don't wait any longer and head for the Land of the Long White Cloud.

In the footsteps of Frodo, on a quest for the RIng

Fans of the universe described in "The Hobbit" and "The Lord of the Rings" can use their stay in New Zealand to explore the locations of the two trilogies. Peter Jackson succeeded magnificently with his choice of locations, and it is easy to feel the atmosphere of the movies.

An almost permanent sense of bliss

New Zealand is one of the rare destinations where it's still possible to discover, and make the most of, idyllic places without being swamped by hordes of tourists The tranquillity that hangs over these islands adds a whole other level to the wide open landscapes and the perspectives that they provide. The emotions that you feel, and the impressions that you take away, are difficult to describe.

New Zealand is famous for its local wildlife, some of which is widespread such as the famous kiwi (which is hard to spot), or the yellow-eyed penguin, not to forget the marine mammals that make their home off the coast of South Island, such as the Hector's dolphin. As far as plant life is concerned, you can't help being fascinated by the presence of the giant Kauri trees which are a national symbol.

The first thing that strikes visitors during their stay in New Zealand, is the beauty of the two islands and their magnificent, panoramic views. These views range from beaches that extend as far as the eye can see, through to lakes that nestle in the heart of mountain ranges and perfectly curved, lush green hills. Contrasts, diversity and purity are the watchwords to define what you will find when you get there.
Holidays New Zealand
Delphine Teisserenc
46 contributions 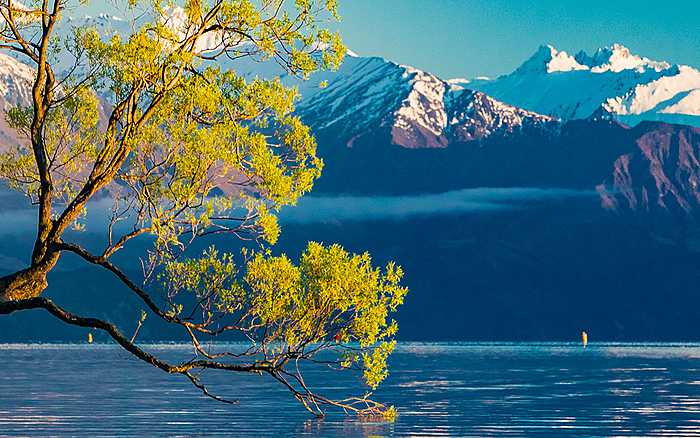 ©
Flickr cc Phillip Capper
Getting through customs in New Zealand

©
Flickr cc Vera & Jean-Christophe
Manners, customs, and attitudes in New Zealand
More articles
Experience added!
You can add more experiences to your trip itinerary before sending it to a local agency
View my trip itinerary