The Catlins; get off the beaten track

At the south of South Island, The Catlins is famous for its untouched coastline, its wildlife and its amazing natural habitats, be it forests or beaches. This is one of the best places to get off the beaten track!

The ocean, one of nature's greatest gifts.

If it weren't for its coastal setting, The Catlins wouldn't be as appealing as it is. This is an agricultural part of New Zealand with a farming economy, so it's no surprise that visitors head to the sea, not least because of the range of things to do!

From the stunning view over the ocean and seal colonies at Nugget Point, the fossilized forest at Curio Bay to the sunken cave at Cathedral Cove that is only accessible at low tide, the relatively unknown Catlins will take your breath away! If you're traveling to New Zealand to explore its wildlife, I highly recommend you go to Surat Bay, where you'll find sea lions and yellow-eyed penguins - a protected species. The best spot is Kaka Point and you won't be disappointed! 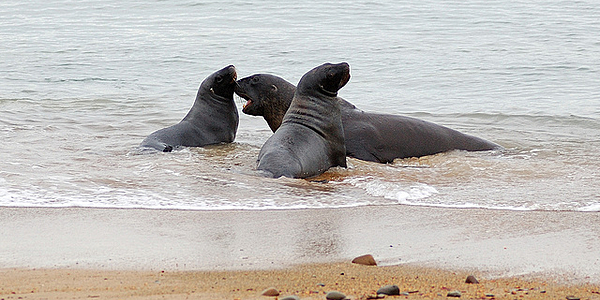 The Catlin's other magnet - its forests

If you enjoy forest walks and marine life, then make sure you put The Catlins on your itinerary! There is a range of hiking trails through the countryside that are not only beautiful, but often lead to amazing waterfalls. Some ideas are Purakauni (20 minutes walk), Mac Lean (40 minutes round-trip by foot) and even one called Niagara!

One great place for ramblers is The Catlins Rainforest Coast Park, a protected reserve that remains calmly untouched. There's also Papatowai Forest, which even has its own beach - an added plus!

Another must-see is Slope Point, at the southern tip of the island. If you're a photography fan then this is the place that shows off The Catlins to its best and you'll get some superb shots from your trip to New Zealand !

©
Tomas Sobek
Dunedin and the Otago Peninsula: culture and nature rolled into one!