Village on the south coast of the Chania region.

My suggestion:
If you wish to visit the region by car, think of having a car already: you can't hire vehicles in Sougia.
My review

Sougia is a lovely village, which lends itself well to beautiful swims thanks to its long beach and its proximity to the gorges of Agia Irini. During a trip to Crete, I noticed that Sougia has two faces: a Sougia-East one, perfect for camping under the tamarisks which line the beach and a Sougia-West one, more of a seaside resort with its family lodgings, some bars and taverns.

Sougia is a dream location for an unusual discovery of Crete. If you like religious history, head to the church of Sotiras Christos in the vicinity of Sougia. Difficult to access, the church is worth a visit, all the same, for its remarkable architecture: one part of the building, the oldest part, was constructed in the 13th century, with its pretty little dome; the other parts date from the 16th and 17th centuries and there are magnificent frescoes on the inside of the nave.

Archaeology lovers will find their happiness at the port of Lissos, not far from Sougia. Visiting this ancient site, I had the feeling I was playing the role of an adventurer: the remnants of the port are scattered almost everywhere along the south coast - a lovely opportunity for a beautiful stroll! You'll gaze at the signs of early Christian basilicas, an aqueduct, a small theatre and a Roman necropolis. 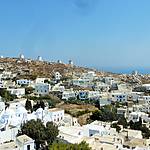 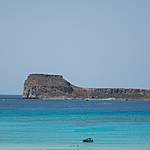