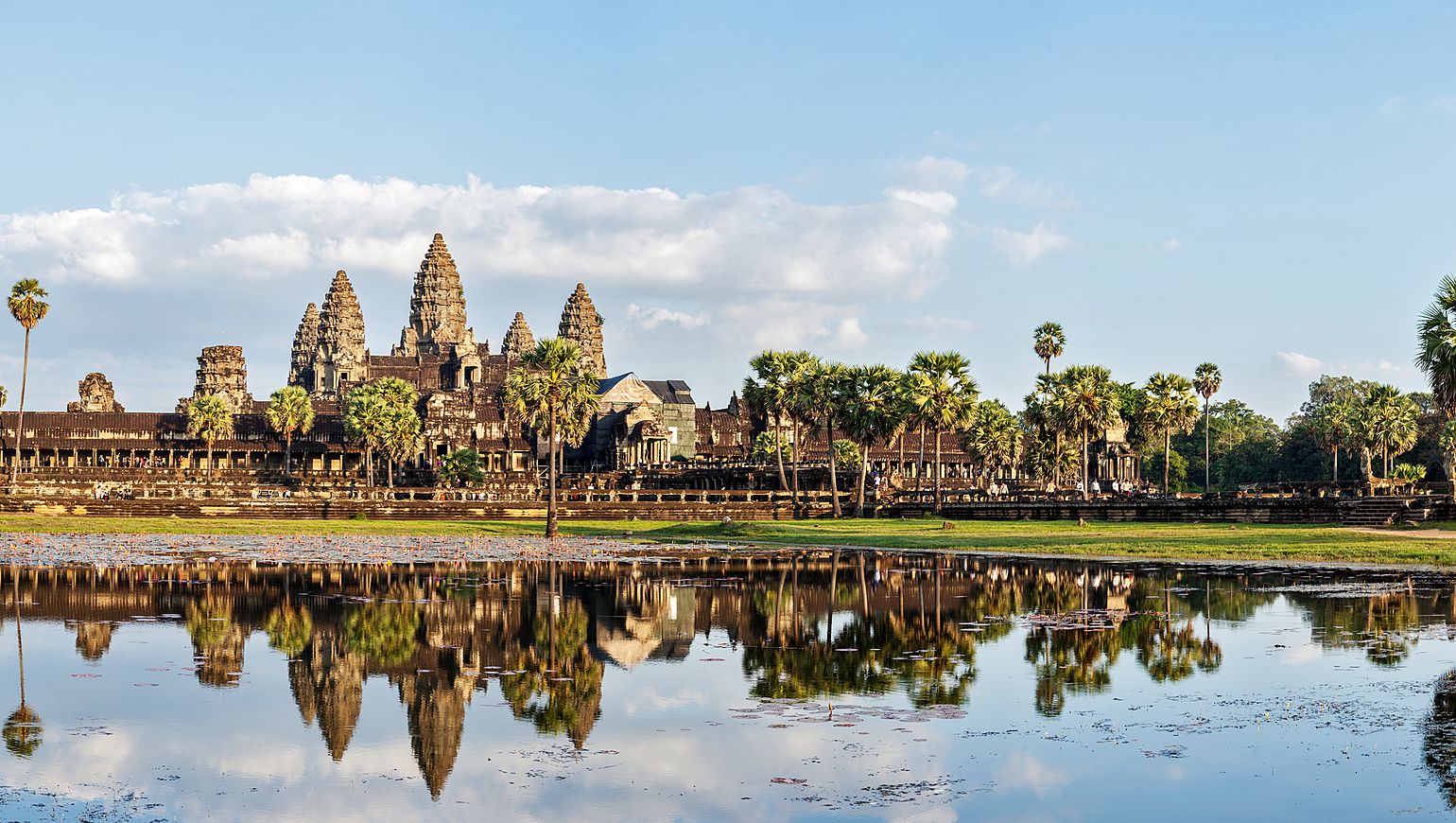 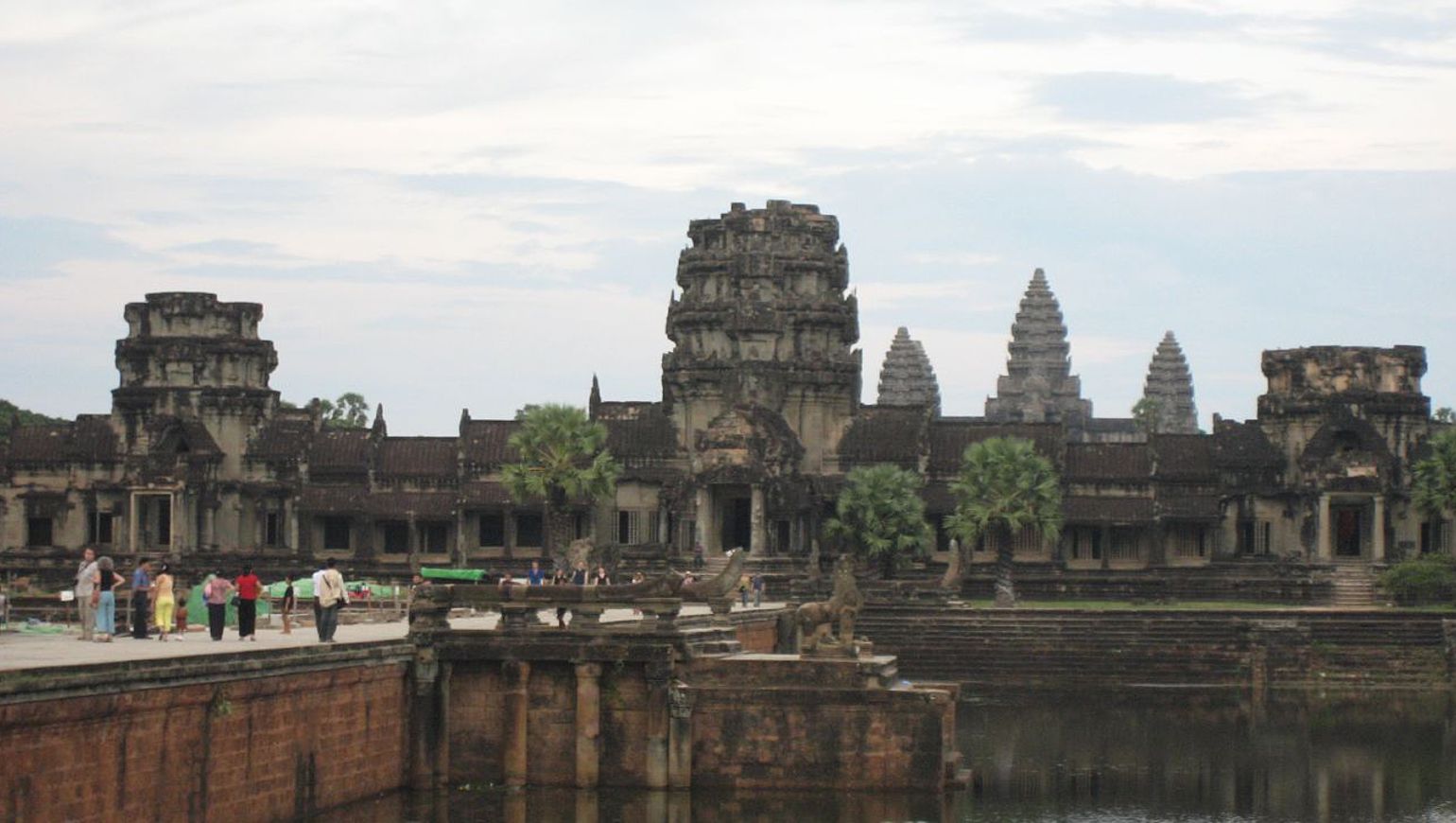 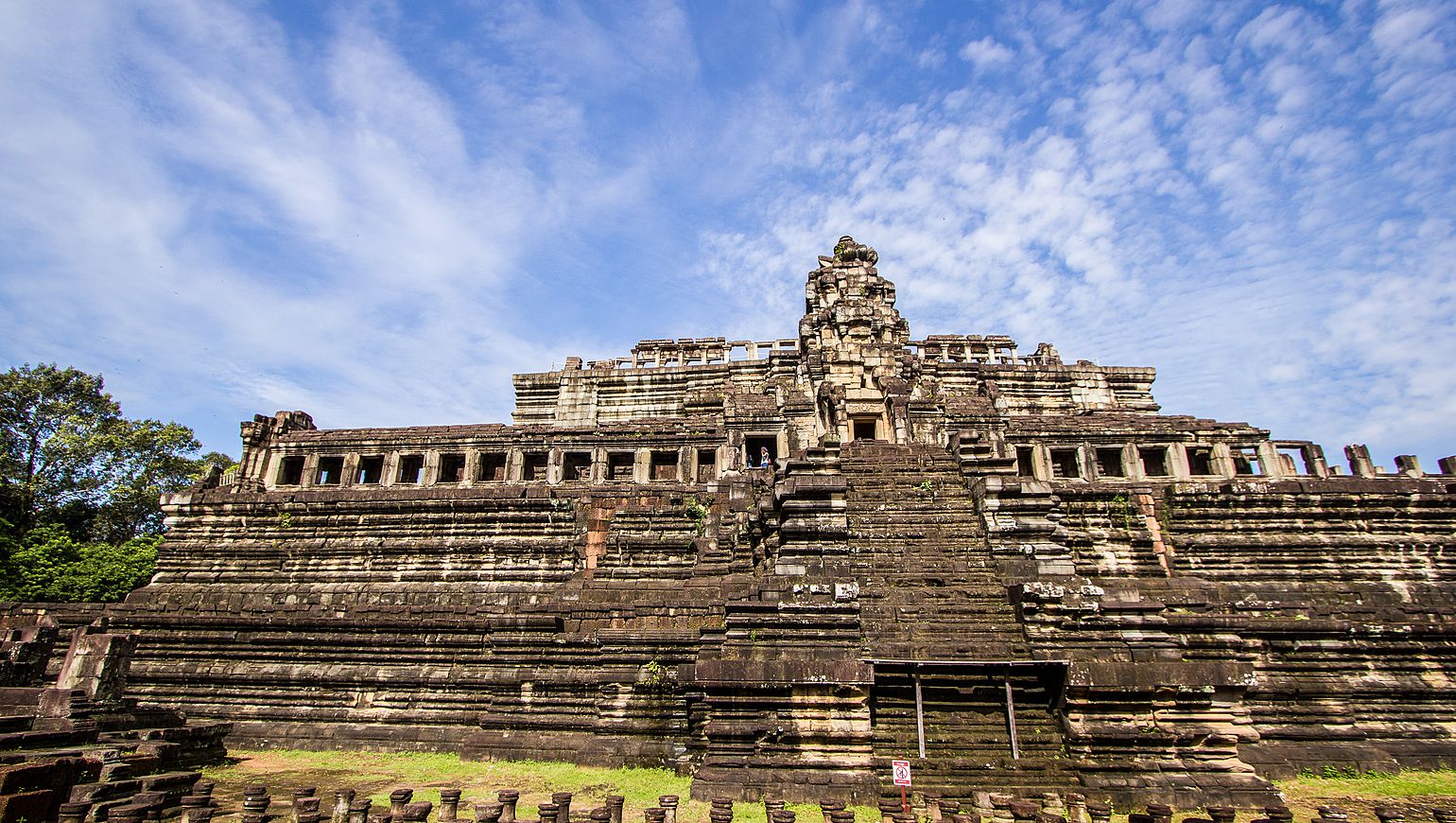 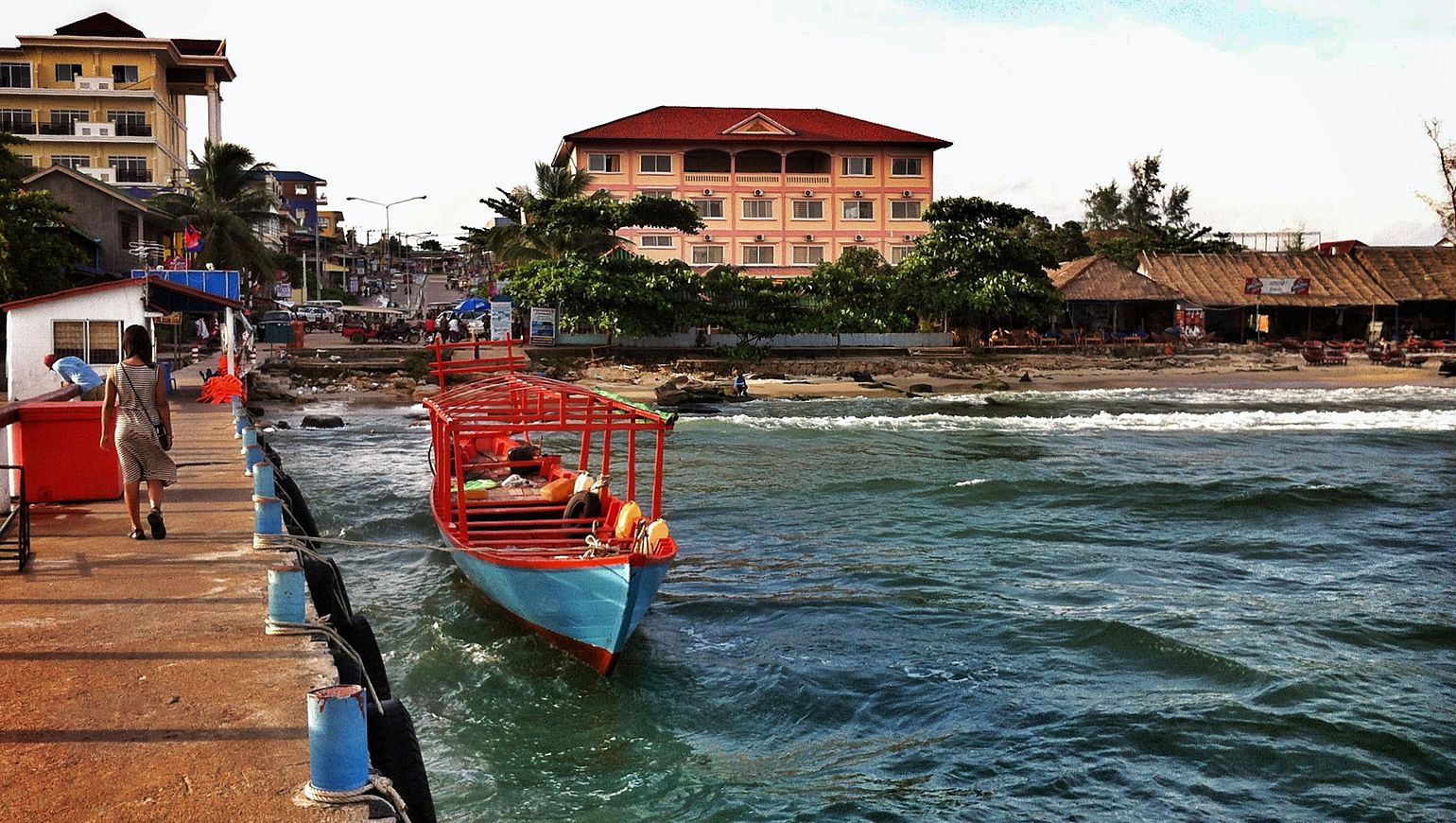 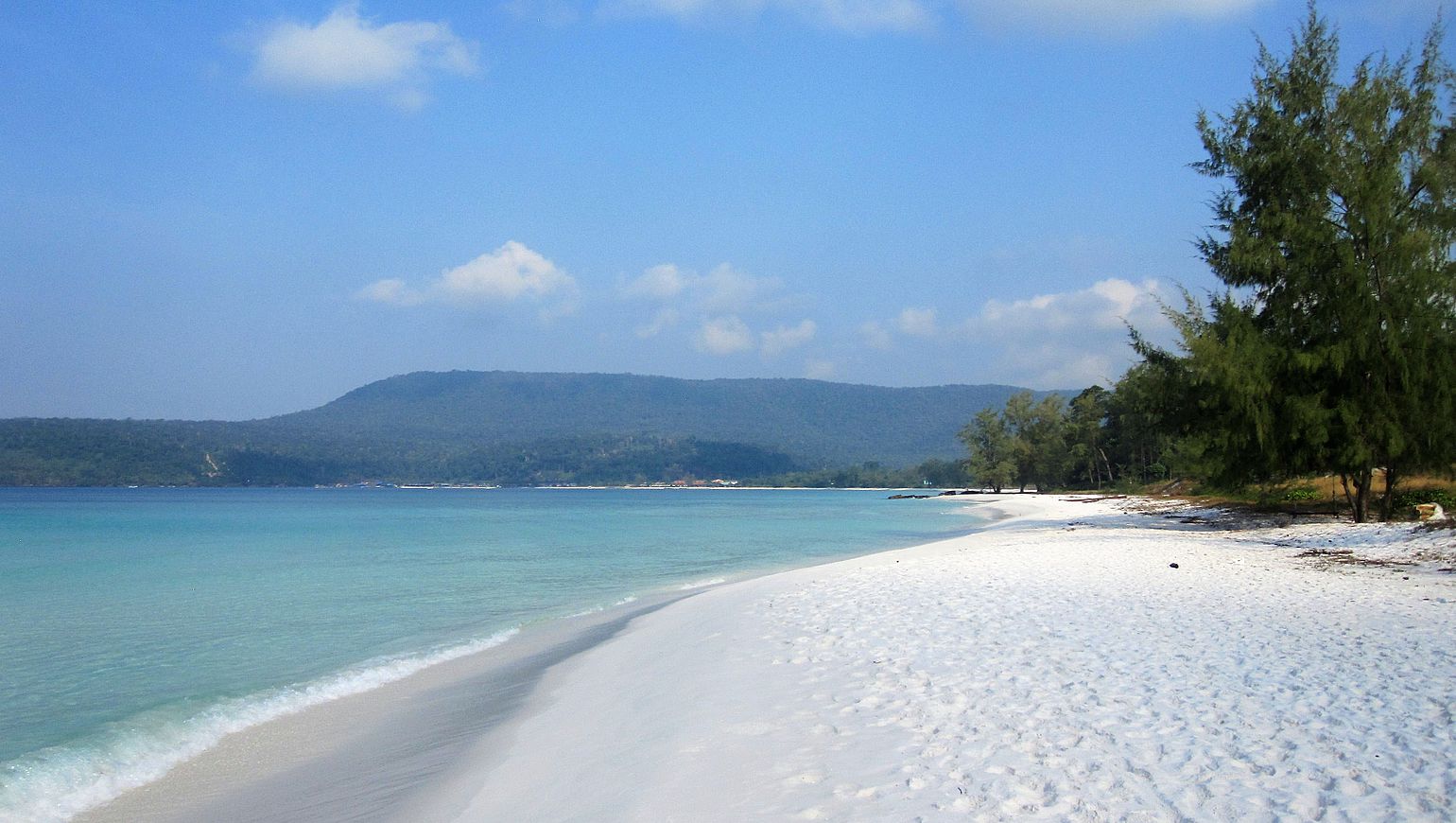 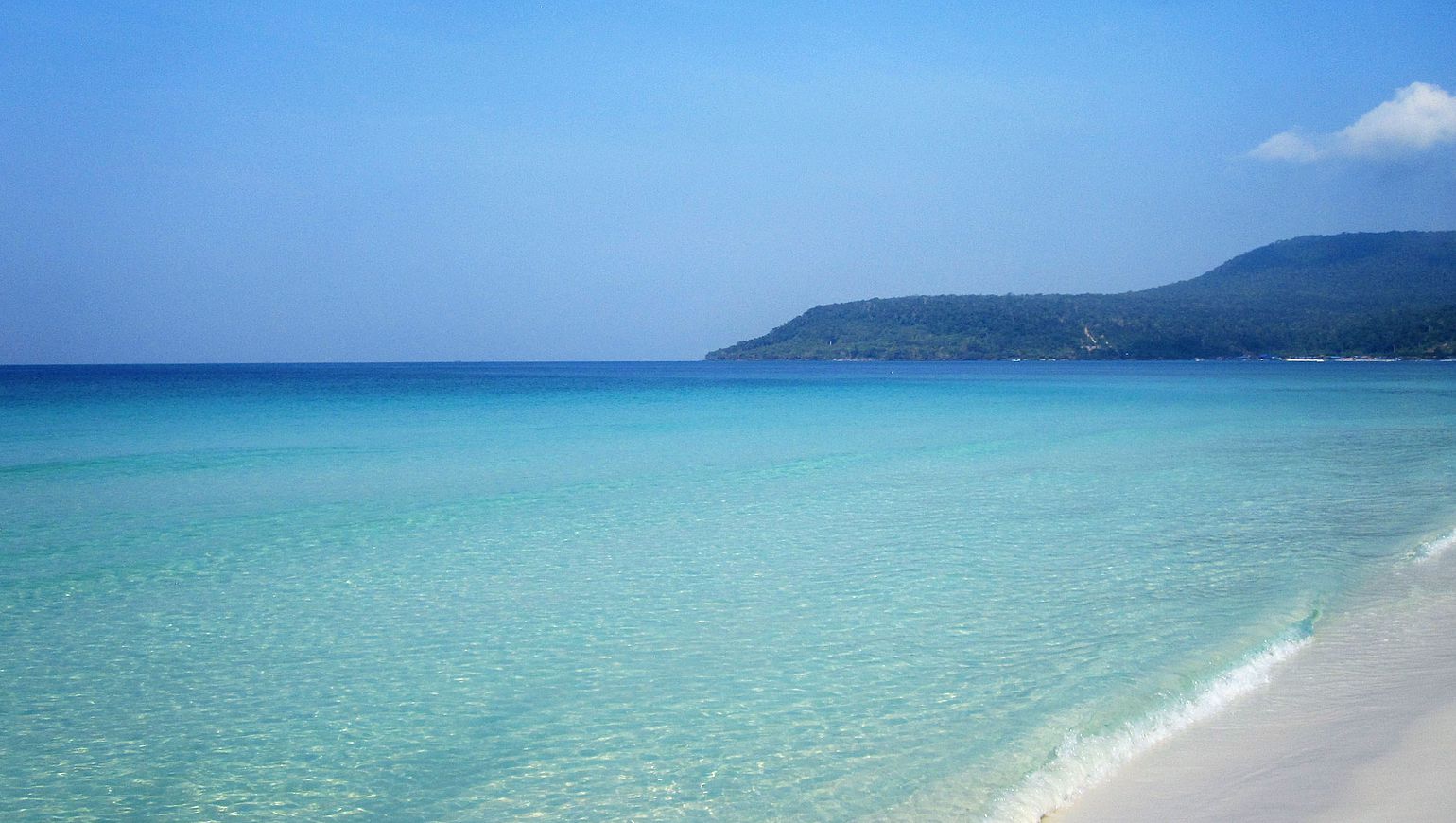 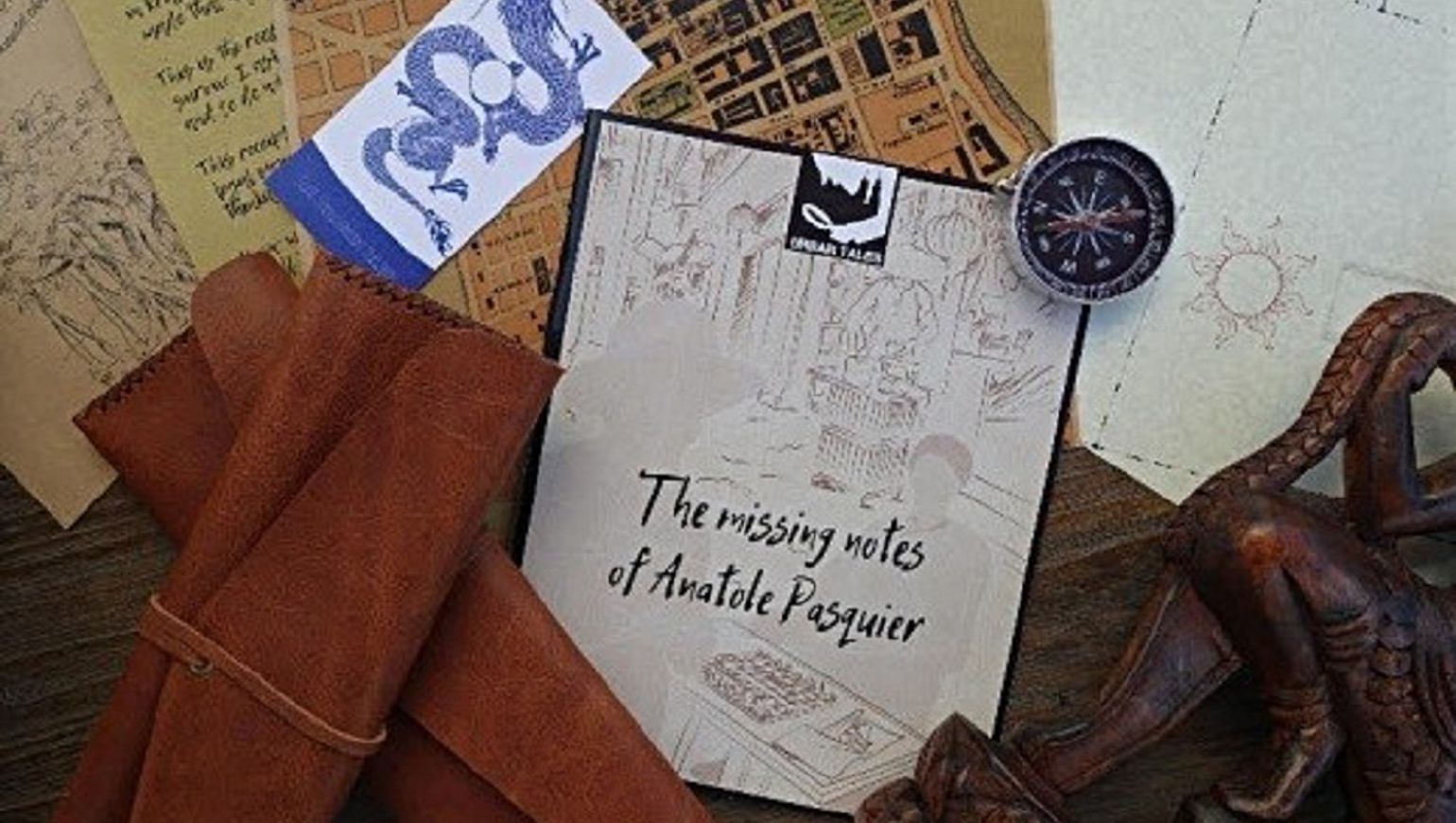 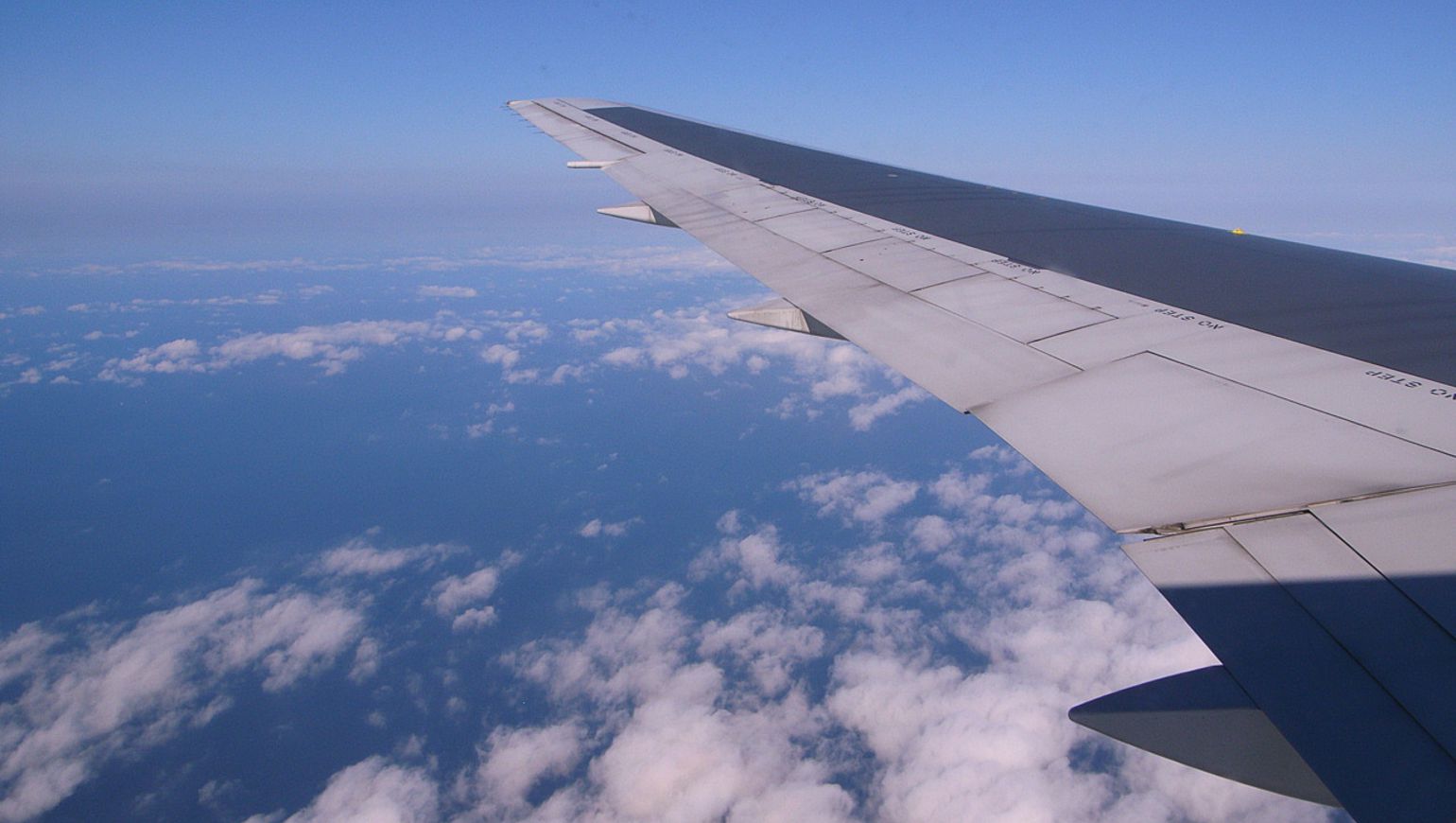 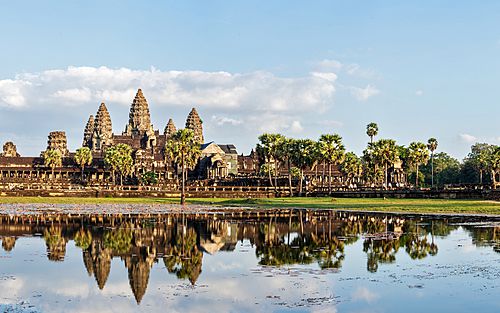 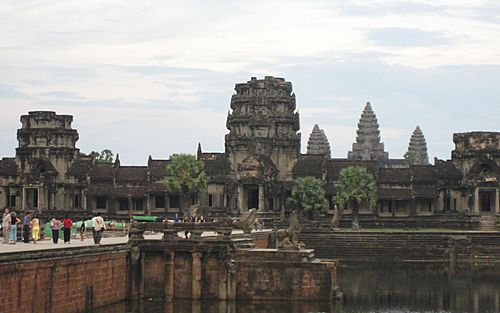 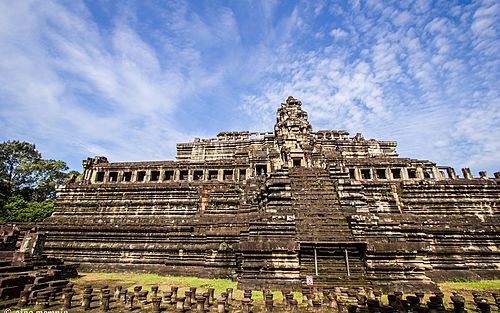 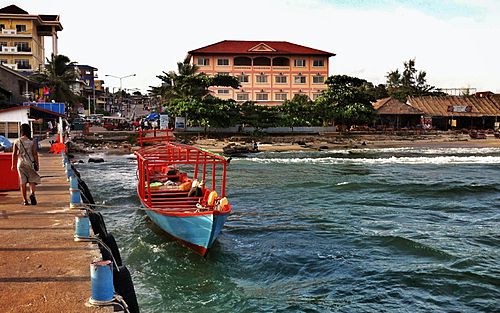 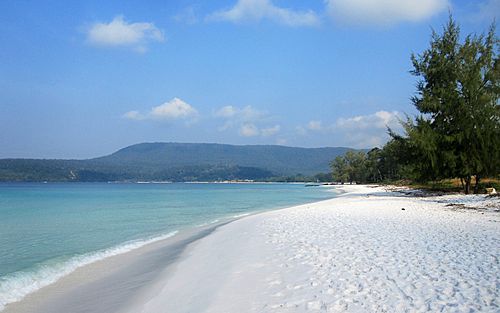 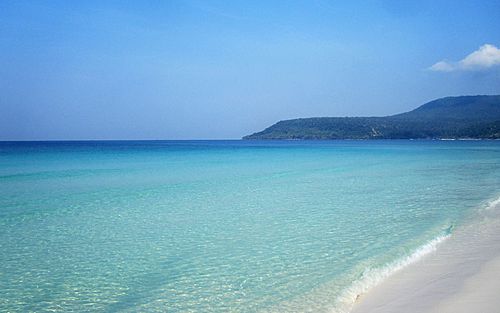 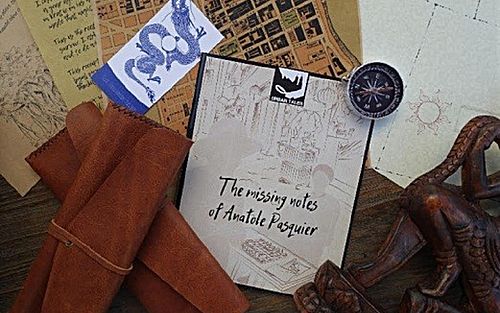 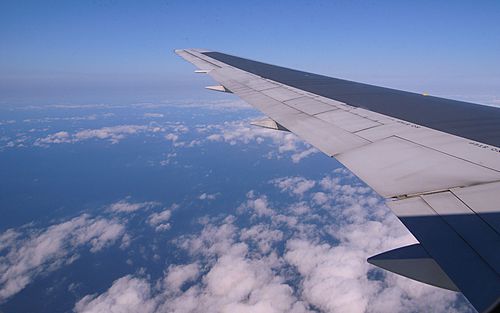 Treasure hunt your way across this gorgeous, history-rich country! Cambodia welcomes your family with open arms and big smiles. We have plans to take you through the country's most iconic heritage site, Angkor Wat, with a guide that will make it fun and interesting for all ages. But the fun won't be restricted to the temples - our agency will be sure that meals, transport and jungle excursions are...

Treasure hunt your way across this gorgeous, history-rich country! Cambodia welcomes your family with open arms and big smiles. We have plans to take you through the country's most iconic heritage site, Angkor Wat, with a guide that will make it fun and interesting for all ages. But the fun won't be restricted to the temples - our agency will be sure that meals, transport and jungle excursions are taken great care of! Discover Cambodia with your family!

Arrive at Siem Reap International Airport and welcome by your driver and English Speaking Guide and transfer to the hotel for check in. Free at leisure. Overnight at hotel.

Breakfast at hotel. In the morning, departure for the Apopo Center which is at the beginning of the painters' road to Angkor Wat. It is both a museum around demining, and also a demonstration site of rats used for mine clearance. The museum wants to show that Cambodia is in progress in demining.

Organization for your group a Treasure Hunt starting from the Baphuon Temple, right after the exploration of the temple of Bayon. The tour continues at the Royal Palace of the XI century where is the sanctuary of Phimean Akas and unique royal pools and the famous Terrace of Elephants and the Leper King to complete the Treasure Hunt. This is a new playful, fun and educational to learn the history of the Great Kings of Angkor builders: Have fun then, path path, trail by trail, riddle riddle Temple in temple, to discover these hidden treasures! May the best win and "treasures" - as a reward for your efforts - await you! Lunch on own account.

Continue to visit Ta Prohm which is one of the most beautiful and famous temples in the area, as it has been (almost) untouched since it was discovered and retains much of its mystery.

Visit of Angkor Wat, the Cambodia's ancient temple city is one of the wonders of the oriental world. Masterpieces of decorative details as well as of architectural style, its awe-inspiring ruins survive as testament to the spectacular achievements of Southeast Asia's greatest civilization. It is a replica of the universe according to the Hindu mythology. It is composed by the Mount Meru, surrounded by the continents and the oceans. Its extraordinary bas-reliefs, describe some Khmer epics and myths. Angkor Wat's five famous towers rise into the sky, a geometrical arrangement of numerous galleries, adorned with beliefs and the stone images of celestial Apsara dancers, as well as portals, chambers and courtyards.

At 20h00, “Cambodian circus” show in Siem Reap / Angkor by energetic and talented young professional artists from Phare! – Seat C. After successful tours around the world, Europe, Australia, Japan, the United States, Singapore, the Philippines, to name a few of the countries visited, the famous and talented young Cambodian artists of the Circus School Lighthouse, will now occur in Siem Reap / Angkor with even more stunning and unique numbers in the very heart of the cradle of Khmer civilization! Dinner on own account. Overnight at hotel.

Breakfast at hotel. Transfer to Siem Reap for your departure flight to Sihanouk Ville. Arrive in Sihanouk Ville, private transfer to port of Sihanouk Ville and then departure by speed boat (not private) to Koh Rong (approx.  45 mn to 1 hour depending on the weather condition of the day. When you arrive at boat pier on Koh Rong, your hotel on island will welcome and pick you up with a sign board name. Dinner on own account. Overnight at hotel.

Breakfast at hotel. Free day at leisure (no guide, no car). Meals on own account. Overnight at hotel.

In the morning, return to Sihanouk Ville by speed boat. Then, transfer to Phnom Penh (253 km / approx. 6h00). Lunch on own account on the way. Arrive in Phnom Penh, transfer to your hotel for check-in. Free time at your own leisure. Dinner on own account. Overnight at hotel.

Breakfast at hotel. Day tour with English Speaking Guide. This scripted urban game will put you in the shoes of adventurers investigating a mysterious disappearance which took place in Phnom Penh a very long time ago. By following this storyline, you will enjoy an original self-guided tour in the heart of the millennial city. You need to allow about 3 hours to complete this scenario. If you cannot solve it on time, phone call will guide you to the final gathering place. Lunch on own account.

In the afternoon, visit of the Royal Palace was built in 1866 by the French. Among various buildings within the walls the Throne Hall ranks as most important. This Khmer-style building was erected only in 1917.  It is used only on special occasions. Attached to the Throne Hall is a tower, 59 meters high.

Silver Pagoda (or the temple of the Emerald Buddha), formerly a wooden building, was rebuilt in 1962 in concrete and marble. The pagoda is floored with over 5000 silver tiles each weighing 1 kilo. It is famous for its 90 kg solid gold Buddha made in 1907 and an emerald Buddha said to be made of baccarat crystal.

End the day with a visit to the city’s name sake, Wat Phnom. Founded in 1373, the pagoda was built to house Buddhist relics washed ashore by the river. Stroll around the river. At 19h00, Enjoy Khmer Traditional Dance "Cambodian Living Arts (CLA)" which is an association whose mission is to promote the traditional arts of Cambodia, forty years after the Khmer Rouge tragedy. Plae Pakka, which means fruit and flower in Khmer, is a show animated by professional artists. See the show hosted by CLA. Dinner on own account. Overnight at hotel.

Breakfast at hotel. Transfer to Phnom Penh international airport for your departure flight.

Browse all tour ideas in Cambodia (22) 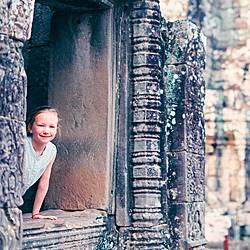 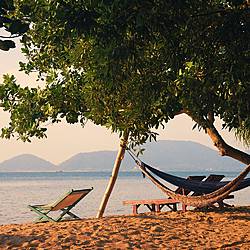