5 reasons to travel to Austria

A visit to Austria means reconnecting with these past glories and this history of incredible riches, all while staying within absolutely staggering mountainous scenery.

An immersive experience at the heart of nature

Who could say no to 'going green' for a while in one of Europe's most untouched countries? Austria, with 35 peaks over 3,500 metres, is the place to discover absolutely staggering scenery in an all-natural environment. Ideal for fans of hiking, you'll find walks suitable for all abilities, from skilled ascents of the country's highest peak, the Großglockner, to beautiful forest walks: 40% of the area of the country is forested. In winter, alternatively, the many mountains and ski stations here guarantee a fantastic range of winter sports.

Dive into the rich history of an Empire

You wouldn't know it from looking at Austria's diminutive size on a map of Europe, but this narrow strip of land, bordered on all sides, was but a century ago one of the most powerful empires in the world, stretching from Prague to Lviv and from Cracow to Dubrovnik! As an integral part of your visit to the country, make sure you revisit the traces of this glorious past. The palaces of the Hapsburg monarchs at Schönbrunn and Hofburg are only two examples among many others.

To learn more about the capital's museums:

Vienna is best known for its beautiful palaces, dating from the Hapsburg Era, and for its opera and beautiful historic centre, located around the magnificent Saint-Étienne cathedral. The Austrian capital also offers, however, a range of fantastic museums which will enrapture any fan of art. Start with the Leopold Museum, where you'll find some of the most beautiful works of the nation's two most famous painters: Egon Schiele et Gustav Klimt. But there's also the Albertina Museum, the magnificent museum of contemporary art, the MUMOK, the Kunsthistorisches Museum or the Natural History Museum located just alongside. In conclusion, you won't run out of things to see and do!

To learn more about the majestic river Danube:

In no other European country does the Danube seem so majestic as in Austria. Europe's longest river flows through absolutely sublime countryside, from the untouched verges of the Danube-Auen National Park to the fringes of the capital, Vienna. Additionally, it's an excellent way to visit the two neighbouring big metropolises: Bratislava and Budapest are only 100 km or so away, and there are many ferries which run between the neighbouring capitals.

Winter is just as festive a season as Summer!

Austria is one of those rare places which never seems to lose its magic, even when the cold sets it, when the days shorten or when the mountains settle down under a mantel of snow. Renowned for its Christmas markets, you'll discover that each little village has its own charming market, selling local specialities, with the ubiquitous glass of good red wine. As this place is anchored in Catholic traditions, you'll be able to watch a procession of colours and see the decorations on every house. Finally, the country's large snowfall and the number of mountains here makes it one of Europe's most highly prized destinations for winter sports.
Holidays Austria
Timothée D.
271 contributions 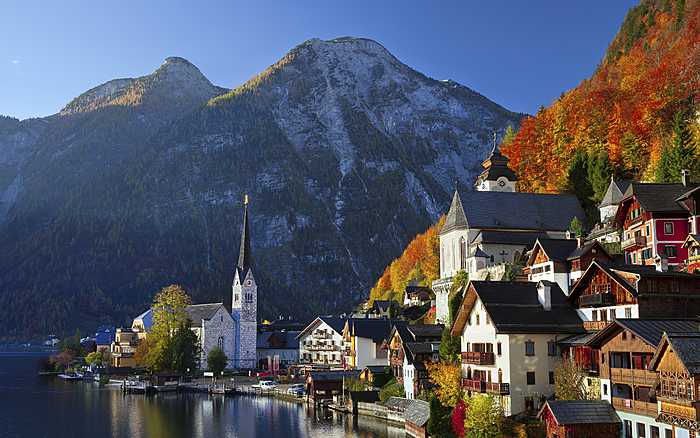